The shutdown will last a minimum of 28 days, equal to two incubation periods for the coronavirus, and the province says it will fine people $750 for violating public-health rules.

Meanwhile, Durham and Waterloo regions are moving into the red “control” zones while Huron-Perth, Niagara, Simcoe-Muskoka, southwestern Ontario and Windsor are moving to the orange “restrict” zone.

The measures come as Ontario reports 1,418 more cases of COVID-19.

Eight more people with COVID-19 have died, the province said Friday, bringing the official death toll to 3,451. So far this month, 315 people have died of COVID-19 in Ontario.

Nearly 80 per cent of cases reported in recent days are from regions in red zones, Ford said. At the same time, hospitalizations have increased by 22 per cent, and intensive care admissions have risen by 50 per cent. 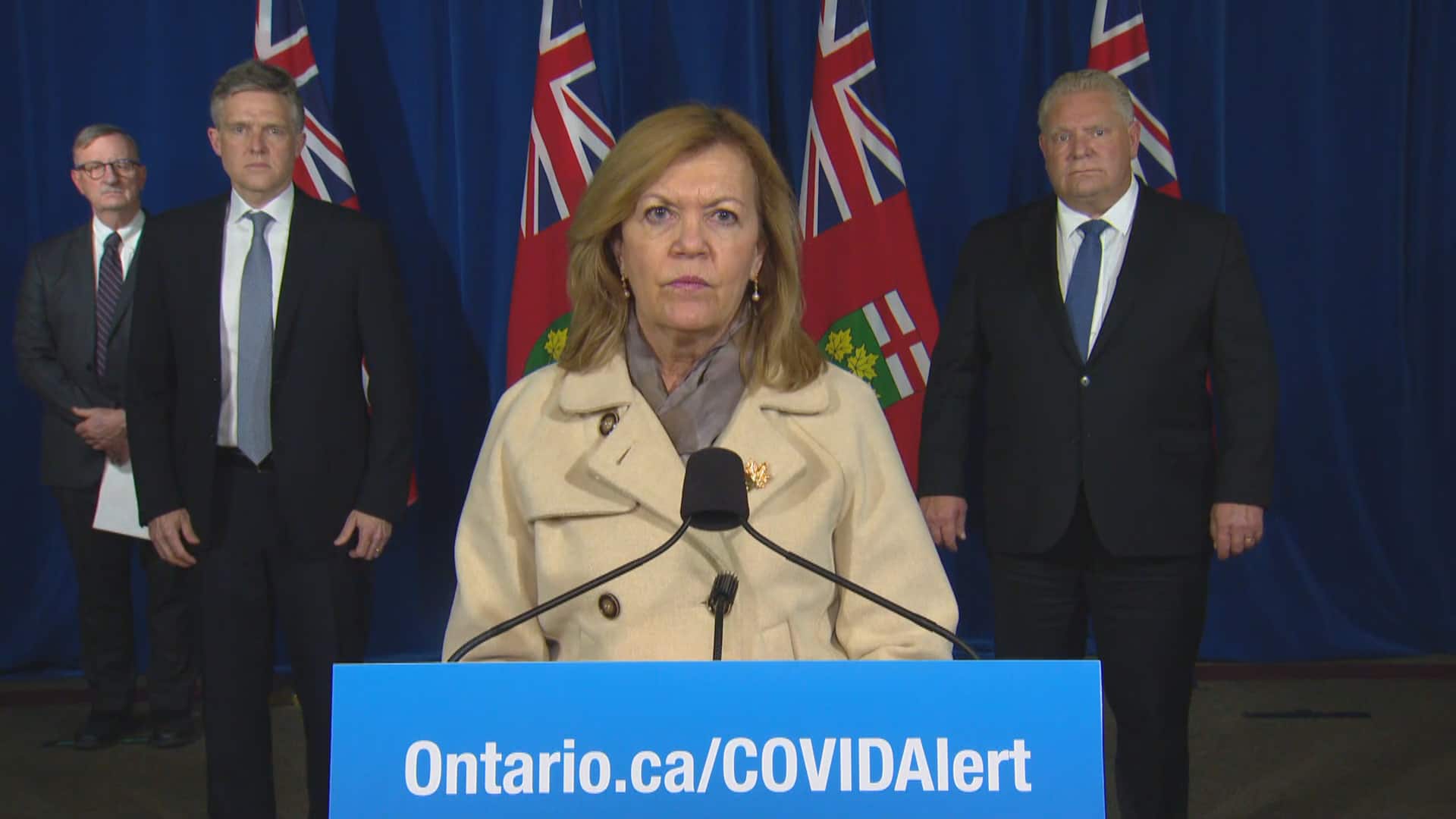 On Friday, Markham Mayor Frank Scarpitti urged Toronto and Peel residents not to travel to York Region to gather or for holiday shopping.

York Region, where the positivity rate is around six per cent, opted against a possible lockdown because of “high compliance” by the public and businesses. However, the region is calling on the province to tighten red zone rules around shopping centres, which it says is needed now that nearby Toronto and Peel are in lockdown.

Police and bylaw officers will increase enforcement in areas where overcrowding is an issue, such as malls, big box retailers, grocery stores and banquet halls, it said.

The new cases include 393 in Toronto, 400 in Peel Region and 168 in York Region. The province has now seen more than 100,000 confirmed cases of the illness since the first infection was reported in late January.

The province released an updated version of its COVID-19 framework to highlight what will change during the lockdown.

You can read those changes in the document below:

Also on Friday, the province announced $600 million in relief for eligible businesses required to close or significantly reduce their services as a result of the new measures.

Still, the Canadian Federation of Independent Businesses is concerned the lockdown will be “devastating” for small business owners in Toronto and Peel Region and is calling on the government to develop a policy for small businesses to remain open with capacity limits.

“That large department stores can be open while small retailers are forced to close during the busiest season of the year is a direct punch to the gut of independent businesses.”

COVID-19 still spreading in other parts of the province

The other public health units that reported double-digit case increases today were:

The newly confirmed infections Friday push the seven-day average up to 1,373 after three straight days of declines.

They come as Ontario’s labs processed 48,173 tests for the novel coronavirus, the most on a single day since Oct. 8. The province reported a test positivty rate of 3.6 per cent.

Ontario’s testing network currently has capacity for up to 50,000 tests daily. The provincial government has said it hopes to expand capacity to 100,000 tests per day by mid-December.

There are 12,623 confirmed, active COVID-19 infections provincewide, five fewer than yesterday. It was the third straight day that the number of resolved cases outpaced new ones, after reaching a second-wave high of 12,932 active cases on Nov. 17.

The number of people in Ontario hospitals with confirmed cases of the illness fell to 518, down from 526. Patients being treated in intensive care fell by four to 142, but those on ventilators increased by four to 92.

Notably, an internal report from Critical Care Services Ontario, shared by sources with CBC Toronto Thursday, put the number of patients in ICUs at 150. Last week, public health officials said that is the threshold before other surgeries and procedures will likely need to be cancelled to accommodate COVID-19 patients.

Meanwhile, the provincial government said Friday that public health orders currently in effect across Ontario will stay in place for at least another month.

The province said the current orders under the Reopening Ontario Act will remain in force until Dec. 21.

Solicitor General Sylvia Jones said extending the orders will ensure the province can address the health crisis and deliver critical services such as health-care. 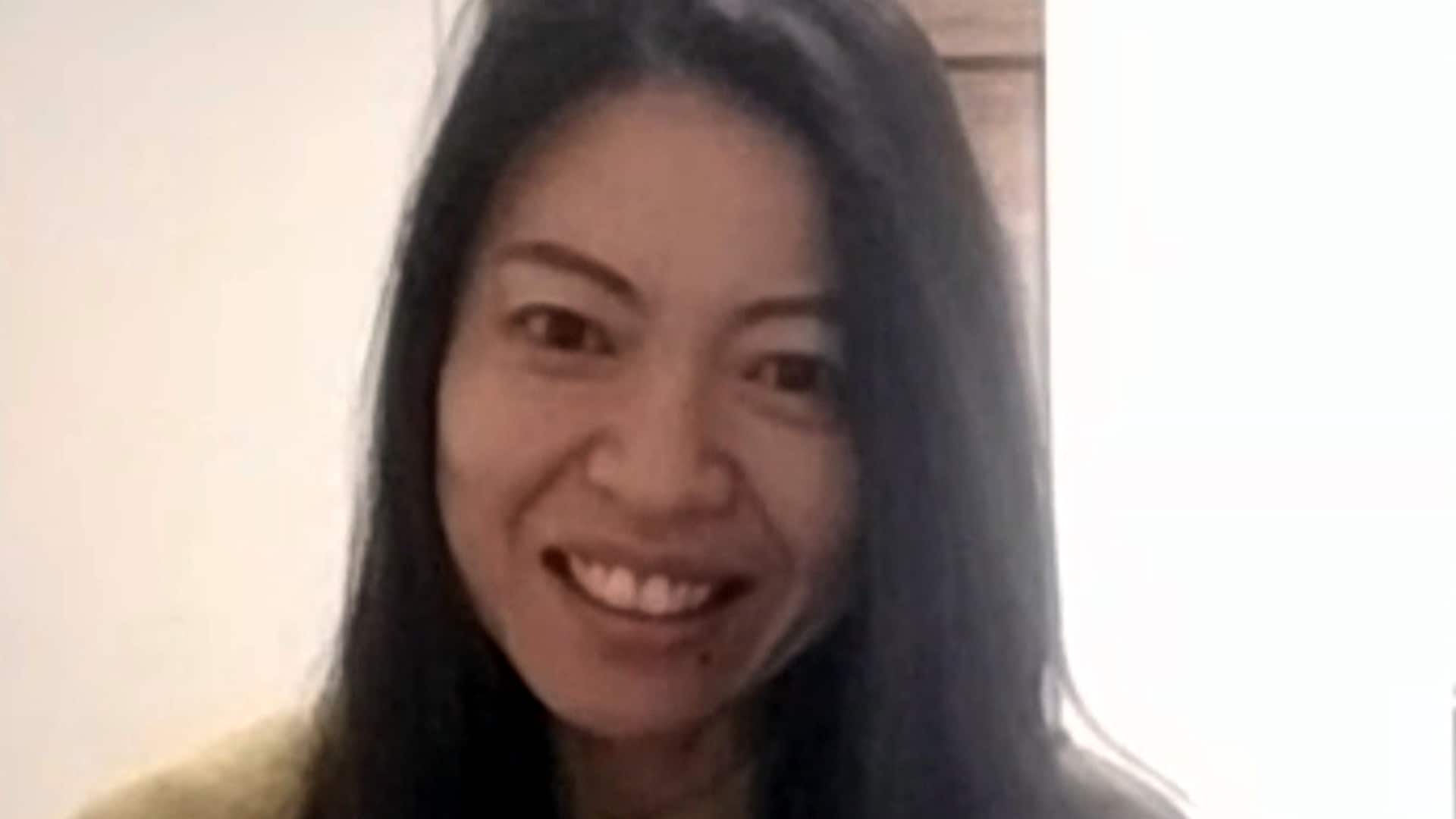 New COVID-19 restrictions are coming for parts of Ontario already in the red zone of the province’s alert system. Aoi Yoshida, who opened a ramen restaurant in Toronto last month, explains how a potential lockdown would affect her business. 6:18