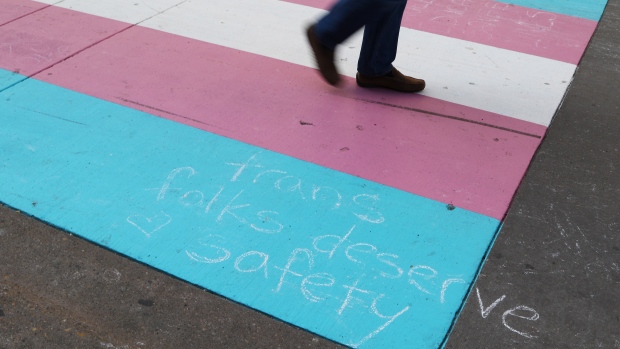 TORONTO — Transgender Canadians and advocates are calling on the federal government to implement comprehensive trans and gender-affirming healthcare coverage across the country.

And it’s not that the provinces and territories don’t have any idea how to implement this type of health care — experts say governments should look no further than Yukon to see who in the country is funding trans healthcare right.

“The new coverage policy in the Yukon is undeniably the gold standard,” Ayden Scheim, co-principal investigator with Trans PULSE Canada and professor of epidemiology at Drexel University in Philadelphia, told CTVNews.ca on Friday.

Even on an international level, it is the standard of care that advocates and trans people have been calling for.

Yukon’s gender-affirming care policy, unveiled in March, is the most comprehensive of its kind in the country, expanding health-care coverage to include a more comprehensive list of surgeries and procedures for trans and non-binary residents.

But it’s not enough for one territory in the country to offer comprehensive care, the rest of the country needs to follow suit with help from the federal government.

“My hope is very much that every other province and territory will look at that and say, ‘it’s time to get our act together,” Fae Johnstone, a trans educator, organizer and writer, told CTVNews.ca in a phone interview on Friday.

“Time and again the federal government has stepped in and said, ‘this should be a priority’, around mental health or long term care or a variety of other issues and I would love to see that same type of prioritization of trans health from the federal government to really make sure that provinces and territories have consistent and equitable access to trans healthcare.”

As it stands, all provinces and territories offer various levels of care for transgender and non-binary individuals. But often barriers crop up within the first instance of trying to access that care, an issue advocates say is due to a lack of training, forcing trans and non-binary people to become experts in their own healthcare.

“Many physicians don’t know that [they can prescribe hormones], and don’t feel like they have the knowledge and skills, necessarily, to provide care to trans folks,” Johnstone said.

At the outset, the level of care a transgender or non-binary Canadian receives may differ from the next depending on their primary care physician, if they have one, and where they live.

“If you’re in a rural, remote community, what is your access going to look like?” said Johnstone, noting that even if they’re able to find a physician who can help them navigate the health-care system, getting gender-affirming procedures often requires travel to major city-centres.

“You hope for a local physician who has the competency, but even then, most have to go to Montreal or Toronto to access care, to access surgical procedures in particular, which isn’t an easy feat for a lot of folks,” she said.

But many trans and non-binary Canadians don’t feel that they can approach their primary care provider to talk about gender-affirming healthcare.

These figures come from a study that Trans PULSE Canada has under peer review involving around 2,800 participants on trans health care in Canada.

Participants were also asked if they had completed their medical gender-affirming care, only 35 per cent said their care was complete.

“Of that group of people who needed gender-affirming care but hadn’t yet received it, 41 per cent were on a waitlist when they completed a survey,” said Scheim.

This, again, varies by location. According to the survey under review, Quebec had the most responses from participants saying they had completed their gender-affirming care, and Scheim says that’s no coincidence.

Travel expenses are most often paid out-of-pocket, on top of any required time off for healing, and any additional funds required to cover procedures deemed cosmetic. In many provinces, the surgery to remove breasts is covered by public insurance, but chest contouring, a procedure to make the chest look more masculine, is considered cosmetic.

Even meeting requirements for procedures is difficult. In Ontario, trans women must be on hormones for a consecutive 12 months and see no breast growth to qualify for funded breast augmentation.

“This is a major issue that does disqualify many people,” said Scheim. “Most trans women have some growth although it’s quite minimal for some. A provider may round minimal down to ‘none’ in their assessment but obviously that isn’t a workable solution for most, nor fair or consistent.”

Most provinces do not cover breast augmentation, and only the Yukon covers facial feminization surgery.

Depending on where you live, to qualify for funded procedures, physicians must sign off and confirm a diagnosis of gender dysphoria, sometimes a psychiatric evaluation must be completed before any procedures can be performed under public insurance.

“There’s the underlying premise, a lot of the time trans folks have to jump through these hoops in order to demonstrate that they’re not lying to anybody,” said Johnstone.

Whether or not a physician feels they are qualified to sign off on such things is left up to the physician themselves, meaning it could vary from practice to practice, or even between doctors at the same clinic.

“Gender-affirming care and health care have a positive impact on both mental health and well being,” said Johnstone.

Not to mention that it can make trans Canadians, who face higher rates of violence and harassment, safer in public spaces. The 2019 survey by Trans PULSE Canada revealed that 64 per cent of participants actively avoided certain public areas for fear of being harassed or outted.

“My hope is very much that every other province and territory will look at that and say, ‘it’s time to get our act together,’” said Johnstone.

While Scheim is less optimistic about the federal government’s ability to enforce something on a national level, he said that the Yukon has laid things out in a way that other provinces and territories can follow.

“My recommendation would be that all provinces and territories follow the Yukon’s lead,” he said. “There’s now a model policy that people can take and say ‘the Yukon is doing this, why are we not doing this’.”