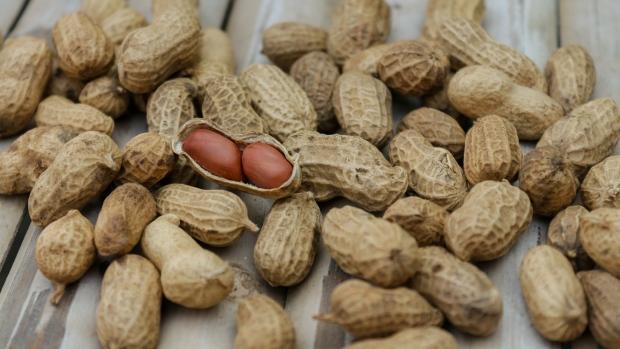 TORONTO — A new study suggests that ‘triple exposure’ to peanuts in newborn babies may reduce the risk of developing a peanut allergy later in life.

Researchers at the University of Manitoba and McMaster University – published last week in the Journal of Developmental Origins of Health and Disease —  found that mothers who eat peanuts while breastfeeding and introduce peanuts to their babies before the age of 12 months reduce the risk of a peanut sensitivity developing in their child within the next four years by 88 per cent.

“If a mom breastfed, ate peanuts herself andintroduced it early to her child, the combined effect of all three exposures seemed to offer an enhanced protection against peanut sensitization and future allergy risk.” Dr. Meghan Azad, a senior author of the study and an associate professor and Canada research chair in Developmental Origins of Chronic Disease at the University of Manitoba, said in a news release.

“We call it the ‘triple exposure hypothesis.’”

The study used data from 2,759 Canadian mothers and infants participating in the CHILD Cohort study, which follows thousands of children from before birth to determine which factors contribute to chronic diseases later in life, such as allergies and obesity.

The researchers did not find a link between breastfeeding alone in relation to peanut sensitivity, but found a 66 per cent reduced risk if a baby is introduced to peanuts without breastfeeding.

This study follows previous research that shows giving peanuts to children at a young age could help to prevent a peanut allergy.

“There is now ample evidence that early peanut introduction helps to reduce a child’s risk of developing peanut allergy, and infant feeding recommendations have been updated to reflect this over the last few years,” Azad said.