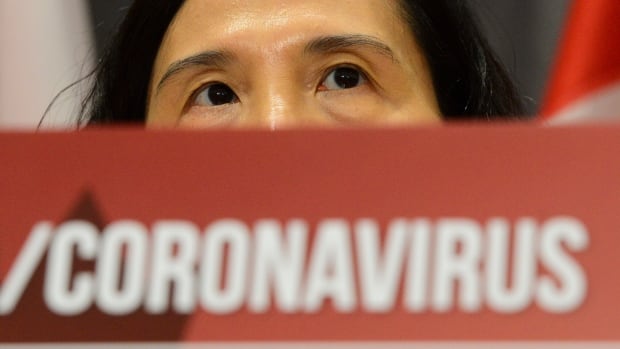 “After a very challenging spring, things are continuing to move in the right direction,” he said during a media briefing outside his residence at Rideau Cottage this morning.

“We still have some hot spots in some parts of the country, but nationally, the number of cases, hospitalizations, and deaths is declining over time.”

Canada’s Chief Public Health Officer Dr. Theresa Tam and her colleague Dr. Howard Njoo, the deputy chief public health officer, will give their updated projections of how many more Canadians are likely to get sick during their 12 p.m. ET briefing.

After months of strict travel rules and widespread business shutdowns, more provinces are easing restrictions. Later this week, the four Atlantic provinces will open their borders to each other, meaning residents in those areas can travel without having to self-isolate for 14 days.

But efforts to reopen have experienced setbacks in multiple provinces.

Hundreds of people in the Kingston, Ont., area are now being tested for possible exposure to the novel coronavirus after an outbreak at a local nail salon.

The local health unit confirmed on Monday that 25 people have tested positive for COVID-19 after working at, visiting or coming into contact with someone who was at the salon.

Of Ontario’s 257 confirmed new cases of COVID-19, reported today, 177 are from the Windsor-Essex area. The provincial caseload grew sharply following targeted testing of migrant farm workers over the weekend.

British Columbia, which has moved into Phase 3 of its reopening plan, is seeing a sustained rise in cases for the first time in months, with hospitalizations at their highest point since June 7 and the five-day rolling average of new cases the highest since May 17.

The B.C. government is still encouraging people to travel within the province — but it’s also warning that its pandemic response is at a critical point where cases could rise significantly if people don’t take proper precautions.

“I want to stress, though, that while we’re on the right track, the fight against COVID-19 is not over yet,” said Trudeau.

“As we start to reopen parts of the economy, we must continue to follow local public health guidelines to keep each other safe.”

More than 500,000 people have died worldwide of the illness caused by the virus, according to a tally from Johns Hopkins University researchers.