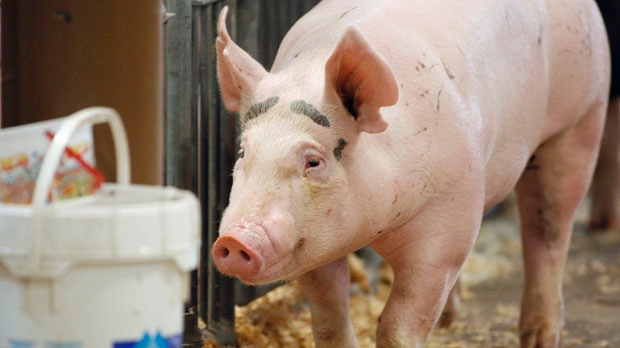 WINNIPEG — Manitoba health officials are warning the public about the presence of variant influenza viruses that circulate in pigs, after two people were infected with swine flu.

“While very rare, influenza can spread from pigs to people and from people to pigs,” Zaari said.

“As a veterinarian I want to assure you that veterinarians and farmers have been proactively engaged in influenza surveillance, prevention for many years.”

in influenza surveillance, prevention for many years.”

The cases are the results of two different viruses and aren’t linked to each other. The government said they both appear to be isolated cases.

The Manitoba government added that these are not food-related illnesses, and are not transmissible to people through pork or other products that come from pigs. There is no risk associated with eating pork.

Roussin noted the province is sharing broad geographic information about these cases, but will not provide any further information on the location.

HOW THEY WERE IDENTIFIED

The province said it detected the viruses in early April after the two people independently went for testing after developing flu-like illnesses. The individuals had mild symptoms, were tested and recovered.

The two tests came back negative for COVID-19, but were later found to be cases of human influenza.

The province is investigating how the transmission occurred, saying both these individuals had either direct or indirect exposure to pigs. Health officials are also working to verify that no spread of the viruses has taken place.

“We have tested many close contacts and looked at respiratory results from many individuals in the region and have found no other evidence of spread,” Roussin said.

Anyone who works with pigs or poultry, is experiencing flu-like symptoms, and seeking testing should identify themselves as an agricultural worker, even at COVID-19 testing sites.

The province said human influenza A(H1N1) is rarely seen in people, and this is the second-ever case reported in Canada. In most cases, variant flu viruses don’t spread easily from person to person.