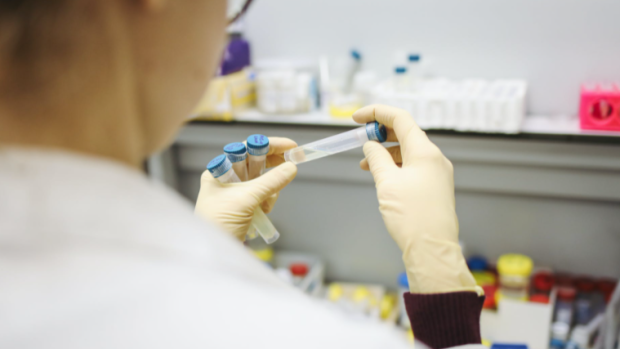 TORONTO — A U.K. company that developed a new COVID-19 vaccine intended to be delivered via a small skin patch with microneedles has been granted approval for human trials.

Oxfordshire-based company “Emergex” developed a vaccine for SARS-CoV-2 that is designed to prime T-cells (white blood cells that are part of the immune system) in the body to rapidly remove virus-infected cells.

Most current vaccines used in Canada like Pfizer work by creating an antibody immune response in the body by exposing the vaccine-recipient’s cells to the spike protein of COVID-19.

The vaccine may offer broad immunity from variants and provide long-lasting immunity that would not require booster vaccines, according to a release.

Emergex announced Monday that it had acquired the proper authorization to move into its Phase 1, double-blind, randomised clinical trial into two groups of 13 volunteers at high and low doses conducted at the Centre for Primary Care and Public Health at the University of Lausanne, Switzerland.

The first patient is expected to receive the first dose of the Emergex vaccine at the start of January 2022, the release said.

“Although current COVID-19 vaccines have made significant progress in reducing mortality and morbidity challenges still remain, especially with the development of new variants,” said principal trial investigator Blaise Genton in the release. “This exciting new scientific approach to developing a vaccine against SARS-CoV-2 addresses the need to generate a T-Cell response to elicit long-term immunity. We look forward to evaluating the results as when they are available.”

The Emergex vaccine, similar to other skin patch technology, is aiming to use microneedles to deliver the vaccine to the body, in devices usually about the size of a thumbnail.

The company said in its release that the vaccine will also be stable at room temperature for more than three months, which makes distribution and storage simpler.