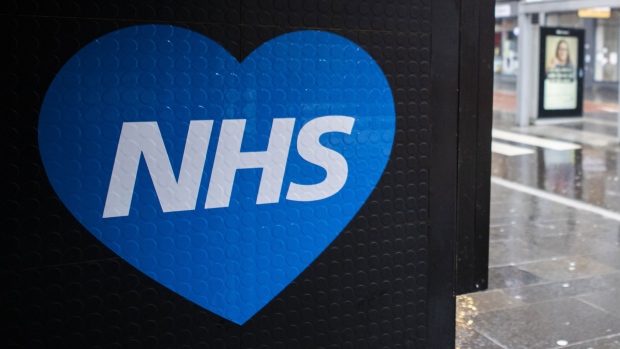 The U.K.’s National Health Service (NHS) is to pilot a simple blood test that may detect more than 50 types of cancer and, it is hoped, could help thousands of people by allowing the disease to be treated more successfully at an earlier stage.

The Galleri blood test, developed by Californian healthcare company Grail, will be piloted with 165,000 patients in what the NHS described as a “world-first deal” in a news release Friday.

Grail, whose work is focused on detecting cancer early, is backed by investors including tech billionaire Bill Gates and Amazon founder Jeff Bezos.

NHS England hopes the blood test will be particularly useful in identifying types of cancer that are currently difficult to diagnose and treat early.

“Early detection — particularly for hard-to-treat conditions like ovarian and pancreatic cancer — has the potential to save many lives,” said NHS chief executive Simon Stevens.

More than 1,000 people are newly diagnosed with cancer every day in the U.K., he added.

The remaining 25,000 participants will be people with possible cancer symptoms who will be offered the blood test to speed up their diagnosis after they are referred to hospital in the normal way, the news release said.

Results are expected by 2023, after which it is hoped one million people could receive the test by 2025, expanding this to the wider population thereafter, NHS England said.

In England, around half of cancers are currently diagnosed at stage one or two but the NHS aims to increase that to three quarters by 2028, the news release said.

Grail said in a press release that according to modeling data, “adding Galleri to existing standard of care has the potential to decrease the number of cancers diagnosed at late stage by nearly half, which could reduce the total number of cancer deaths in the UK by approximately one-fifth.”

Five-year relative survival for cancer in the U.K. is below the European average, according to charity Cancer Research UK.

Lawrence Young, professor of Molecular Oncology at the University of Warwick, said the Galleri test was one of a number of novel blood tests being developed to detect cancer at a very early stage when it is more easily treated.

“There are a number of trials evaluating this approach and a publication from the Circulating Cell-free Genome Atlas (CCGA) consortium examining the Galleri test in 6,689 participants has generated very encouraging results in more than 50 different cancers at different stages of development,” he told the Science Media Centre.

However, not all cancer experts agree that the NHS should be piloting the Galleri blood test.

Paul Pharoah, professor of Cancer Epidemiology at the University of Cambridge, told the Science Media Centre he had doubts about the scientific basis for the pilot based on the limited published research available.

“The Galleri blood test is a test that might be able to detect cancer in the blood in individuals with early cancer, though the evidence that it does this effectively is weak,” he said. “The NHS should not be investing in such a test before it has been adequately evaluated in well-conducted, large-scale clinical trials.”

Dr. Jodie Moffat, head of early diagnosis at Cancer Research U.K., said results so far from studies outside the U.K. had been promising. “But the sample sizes, particularly for some cancer types, have been very small and so it needs to be tested in a much larger sample, and with longer follow up of patients not testing positive with the blood test to understand where it is missing cancers,” she told the Science Media Centre.

“Based on the evidence we have seen, the test is not currently that good at picking up stage I cancer, where it is small and hasn’t spread to other parts of the body.”