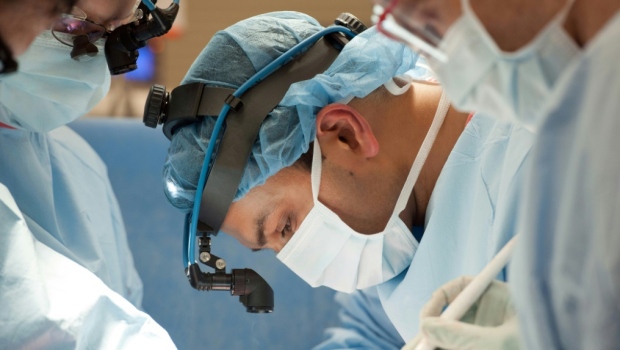 WASHINGTON, UNITED STATES — Surgeons have performed a double-lung transplant on a COVID-19 patient in Chicago, the hospital that carried out the procedure said Thursday, in what is thought to be a first in the United States.

The patient is a young Hispanic woman in her twenties, and had spent six weeks on a life support machine in the intensive care unit of Northwestern Memorial Hospital in Chicago.

By early June, her lungs had become so badly damaged that it was decided that a transplant was her only option.

“A lung transplant was her only chance for survival,” said Ankit Bharat, chief of thoracic surgery and surgical director of the Northwestern Medicine Lung Transplant Program.

He added that while the procedure itself was “technically challenging,” it can be performed safely and thus “offers the terminally ill COVID-19 patients another option for survival.”

It is believed to be the first time a double-lung transplant for a COVID-19 patient has taken place in the US.

China previously announced a similar operation on a 66-year-old woman, in March in eastern Zhejiang province.

Before the US patient could receive the transplant, she had to test negative for the SARS-CoV-2 virus — and needed her other organ systems working well enough to give her a realistic chance of surviving.

“For many days, she was the sickest person in the COVID ICU – and possibly the entire hospital,” said Beth Malsin, a critical care doctor.

“There were so many times, day and night, our team had to react quickly to help her oxygenation and support her other organs to make sure they were healthy enough to support a transplant if and when the opportunity came.”

It was this combined effort — keeping her alive on life support long enough for her body to clear the virus and test negative — that paved the way for the successful outcome.

It is very unusual for a young woman to have suffered such extensive lung damage from the coronavirus, and doctors hope to study her closely to learn more about why this happened.

For now, they are hopeful she will go on to make a full recovery despite having almost succumbed to multi-organ failure.