Using convalescent plasma from the blood of people who have recovered from COVID-19 to treat other patients failed to prevent deaths or worsening illness in one clinical trial. But Canadian researchers continue to study its potential.

Investigators in India randomly split 464 adults hospitalized with COVID-19 between April and July into two groups. About half received transfusions of plasma with virus-fighting antibodies, and the others received standard care only.

In this week’s issue of the BMJ, researchers said that after seven days, use of convalescent plasma seemed to improve some symptoms, such as shortness of breath and fatigue. But this did not translate into a reduction in deaths or progression to severe COVID-19 after 28 days, based on clinical exams, lab tests and check-ins by phone.

The investigators said future research could explore using plasma with high levels of “neutralizing antibodies” to see if this might work better.

Jeannie Callum, a transfusion medicine specialist and hematologist at Sunnybrook Health Sciences Centre in Toronto, commended the Indian researchers for completing the trial with nearly 40 centres under real-world conditions.

Here’s how convalescent plasma is thought to work: The virus binds to cells in the body. People with COVID-19 who have recovered develop what are known as antibodies — proteins that white blood cells make to bind to the virus and help eliminate it.

“We believe that these antibodies actually neutralize the virus so it can’t reinfect your cells,” said Callum.

By clearing the virus from the bloodstream and tissues, she said it’s hoped that patients will be pushed into a state of recovery.

Callum said that while it is logical that convalescent plasma would help fight viral infections, it remains an unproven therapy.

Dana Devine, chief scientist at Canadian Blood Services, is part of a Canadian project called CONCOR that is also trying to determine if the straw-coloured liquid component of blood helps patients to fight off COVID-19. 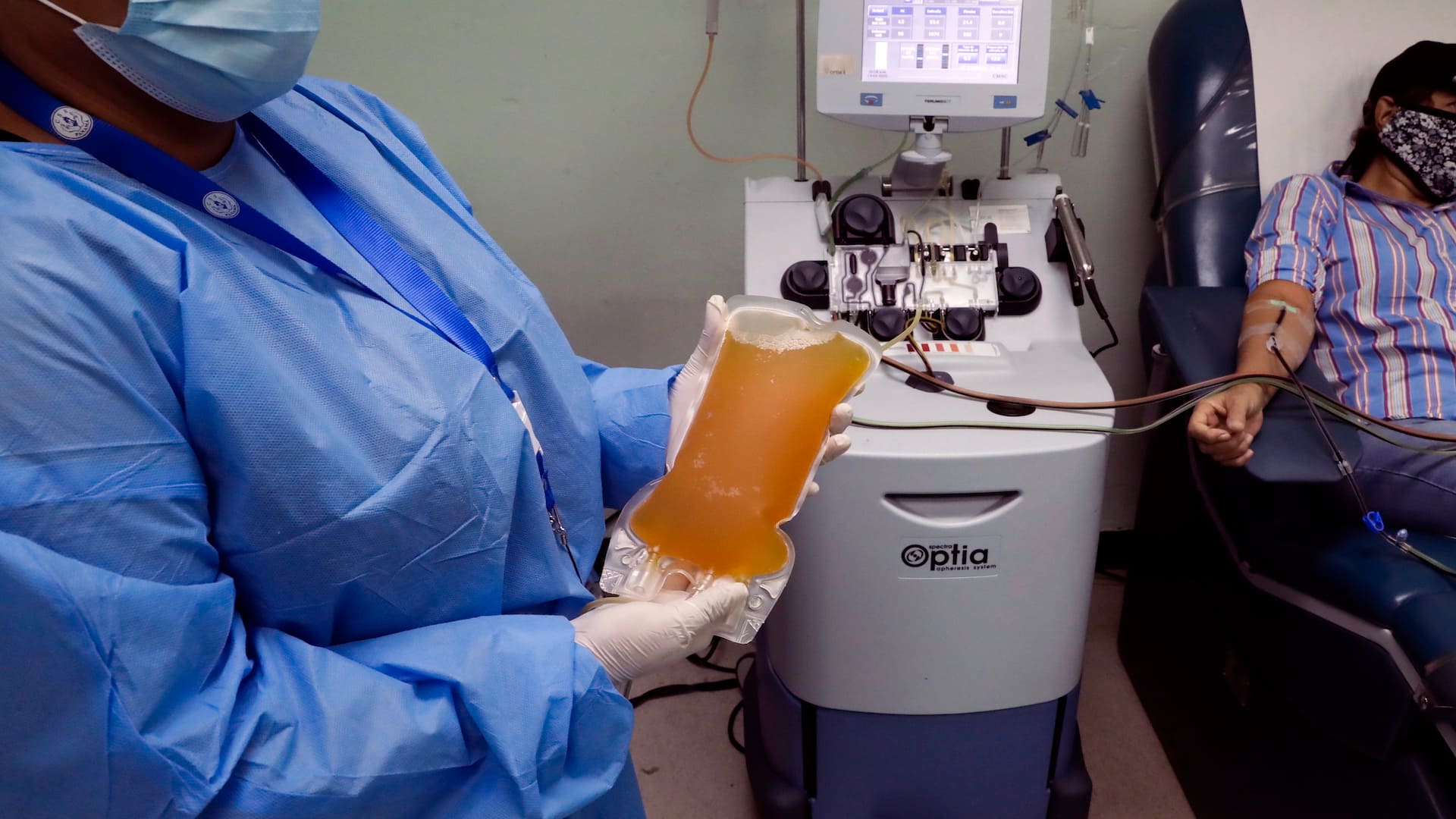 The way FDA commissioner Stephen Hahn characterized the benefits of convalescent plasma for COVID-19 patients raises concerns about political interference, says Dr. Samir Gupta, an associate professor in the Department of Medicine at the University of Toronto. 5:01

Scientists also say larger trials are needed for COVID-19 patients who have milder cases of the disease and for those who are newly infected.

“One could well imagine that the treatment might work particularly well in those earlier in the course of the disease or who have not been able to mount a good antibody response to the virus of their own,” said Martin Landray, a professor of medicine and epidemiology at Britain’s Oxford University. “But such speculation needs to be tested.”

As for other treatments, so far, only the steroid dexamethasone has been shown to cut the risk of death from COVID-19.

On July 27, Health Canada approved the use of the antiviral medication remdesivir, with conditions, to treat COVID-19 in adults and youth 12 years and older with pneumonia needing supplemental oxygen.