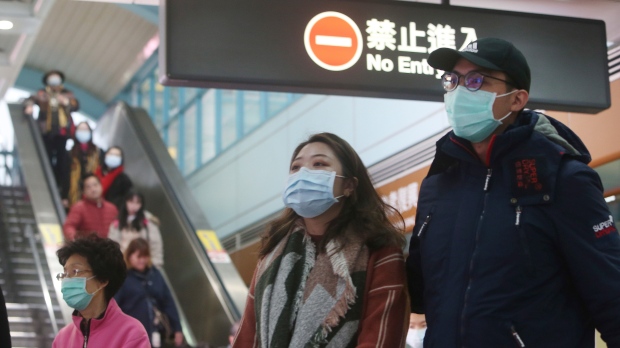 BEIJING — Countries began evacuating their citizens Wednesday from the Chinese city hardest-hit by a new virus that has now infected more people in China than were sickened in the country by SARS.

The death toll rose to 132, which is still lower than the 348 people who were killed in China by SARS. Scientists say there are still many critical questions to be answered about the new virus, including just how transmissible and severe it is.

A Japanese flight that brought back evacuees from the city of Wuhan included four passengers with coughs and fevers. Two were diagnosed with pneumonia.

The three men and one woman were taken to a Tokyo hospital in separate ambulances for treatment and further medical checks. Another woman developed nausea at the airport and was also hospitalized.

It wasn’t immediately known whether they were infected with the new type of coronavirus, which first appeared in Wuhan in December. Its symptoms, including cough and fever and in severe cases pneumonia, are similar to many other illnesses.

China’s latest figures added 26 deaths, all but one in Hubei province and its capital, Wuhan. The number of cases rose 1,459 from the previous day, a smaller increase than the 1,771 new cases reported on Monday. More than 50 infections have been confirmed abroad.

The United Arab Emirates, home to long-haul carriers Emirates and Etihad, reported its first cases on Wednesday in members of a family who had come from Wuhan, the state-run news agency reported. It wasn’t immediately clear how many family members were involved.

The outbreak has also affected international sporting events, with the International Hockey Federation postponing Pro League games in China, and qualifiers for the Tokyo Olympics scheduled in February in soccer, basketball and boxing being moved outside of the country. With just 177 days before the summer games, Tokyo organizers are on edge over the outbreak’s possible knock-on effects.

The team will be kept in isolation in a hotel until Wednesday next week. None of the group of 32 players and staff has shown symptoms.

The Tokyo Metropolitan Government confirmed the condition of the four ill passengers after the flight of 206 Japanese evacuees arrived. They were taken in separate ambulances to a Tokyo hospital for treatment and further health checks.

Australia and New Zealand were the latest countries planning evacuations. Both countries also stepped up their travel advice to China, as did Britain.

Experts have feared travel during the Lunar New Year holiday would enable the further spread of the virus, and China expanded the holiday to keep people home, closing schools and offices to try to contain it.

Hong Kong was preparing to cut rail service from China at midnight.