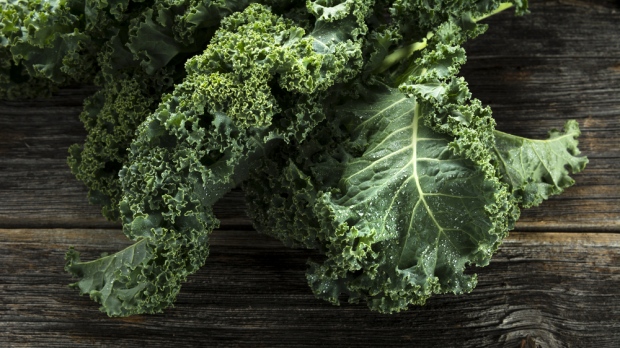 TORONTO — Patients who are deficient in vitamin K, which is found in certain cheeses, spinach, and eggs, might be more likely to be admitted to intensive care or die from COVID-19, according to Dutch researchers who are exploring the relationship.

For the study, which is still being peer-reviewed and has not been published yet, the researchers followed 134 patients hospitalized at the Canisius Wilhelmina hospital in the Dutch city of Nijmegen between March 12 and April 11. They then compared them to a control group of 184 age-matched patients who did not have the disease.

The researchers, who worked in collaboration with the Cardiovascular Research Institute Maastricht in the Netherlands, found that patients who had to be admitted to the ICU or died from COVID-19 had lower levels of vitamin K compared to the healthy group of individuals.

While COVID-19 was initially thought to be a respiratory illness, there is increasing evidence to suggest it affects other areas of the body and causes blood clotting.

Blood clots can cause strokes, heart attacks, and dangerous blockages in the legs and lungs. They can also lead to the degradation of elastic fibres in the lungs.

In a press release, pulmonologist Rob Janssen, who is working on the project, explained that COVID-19 can cause inflammation in the lungs, which damages the elastic fibres that allow people to breathe. He said that’s why vitamin K is important because it is needed for the body to produce protective proteins for those elastic fibres.

Vitamin K also plays a role in the production of proteins that regulate clotting in the blood, Janssen said.

According to the U.S. National Institutes of Health (NIH), vitamin K is a fat-soluble vitamin that comes in two forms: vitamin K1 and vitamin K2.

The other form, vitamin K2, is present in animal-based and fermented foods, such as eggs, dark chicken, and butter. Vitamin K2 is also found in various hard and soft cheeses, including Gouda, Jarlsberg, and Munster.

One particularly rich source of vitamin K2 is found in a traditional Japanese dish of fermented soya beans called natto.

In an interview with The Guardian newspaper, Janssen encouraged a healthy intake of foods containing vitamin K for everyone, except those who are on blood-thinning medication.

“My advice would be to take those vitamin K supplements. Even if it does not help against severe COVID-19, it is good for your blood vessels, bones and probably also for the lungs,” he told the paper on Friday.

While the Dutch researchers’ study is still undergoing peer-review, they’re hoping to secure funding for a clinical trial to further their understanding of the relationship between vitamin K and COVID-19.