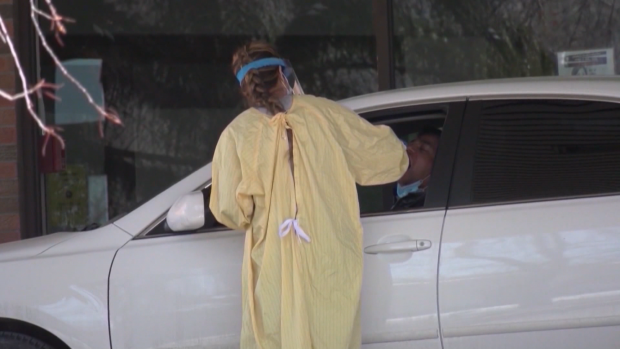 CALGARY — Alberta Health Minister Tyler Shandro says the next phase of rapid testing deployment in the province will begin Friday.

According to Shandro, mobile units will be deployed to homeless shelters and long-term care facilities. Positive cases are expected to be identified in a matter of hours.

“Alberta’s COVID-19 testing program is critical to managing and preventing the spread of the virus in our communities,” said Shandro in a statement released in conjunction with the announcement. “Bringing rapid point-of-care testing directly to the locations where it can help protect the health of the most vulnerable Albertans is an important addition to our provincial testing system.”

The pilot will begin Friday in the Edmonton Zone, before expanding to the Calgary Zone on the week of Dec. 21 and throughout the province — including remote rural areas — in the days and weeks to follow.

“We are at a turning point,” said Shandro, referencing the slight downtrend in COVID-19 cases in Alberta. “Vaccination will turn the tide of the pandemic.”

On Nov. 26, Shandro announced that rapid tests would be available in early December at several testing sites throughout the province including Calgary, Edmonton, Slave Lake and St. Paul. Two versions of rapid COVID-19 test kits — the Abbott IDNow and PanBio — were approved by Health Canada and the federal government provided thousands of the kits.

Alberta Health Services and Alberta Precision Laboratories said those kits are being supplied to a number of testing sites throughout the province.

Last month, Shandro said 577,000 of the tests have been received from the federal government so far, adding that these tests can identify positive cases of COVID-19 in under 20 minutes.

The testing will still need to be performed by health-care professionals, and they will only be used on individuals who have exhibited symptoms of the disease over the past seven days.

Rapid testing will not be available to Albertans who are close contacts or who may have been exposed but are asymptomatic.