WINNIPEG — A set of twins from Vita, Man., are in the fight of their lives as they were each diagnosed with cancer just days apart from each other.

Mason and Sierra Malmsten are 16-year-olds and currently at the Children’s Hospital of Winnipeg battling cancer.

Their dad, Gordon said everything started back in May when Mason developed a cough.

“With everything going with COVID and everything, of course, we got him tested for COVID, it came back negative and so his doctor said it is probably his asthma,” said Gordon.

He said Mason was given a puffer and the doctor said his cough would go away in a few weeks.

However, just before he was supposed to be done using his puffer, he started to cough up blood.

“We brought him into the Steinbach emerg to get him checked out. Spent most of the evening there. They did a bunch of tests and determined that they thought it was a very severe case of bronchitis.”

Again, Mason was given medication but he was still coughing up blood a few days later.

Gordon said they took Mason to the children’s hospital, per his family doctor’s request and after waiting there for several hours the doctors said there was a strong chance he had cancer.

“He has a large mass the size of a softball growing in his chest. It is left of his heart, right of his esophagus, right underneath the top of his left lung, and right above his carotid arteries,” he said. 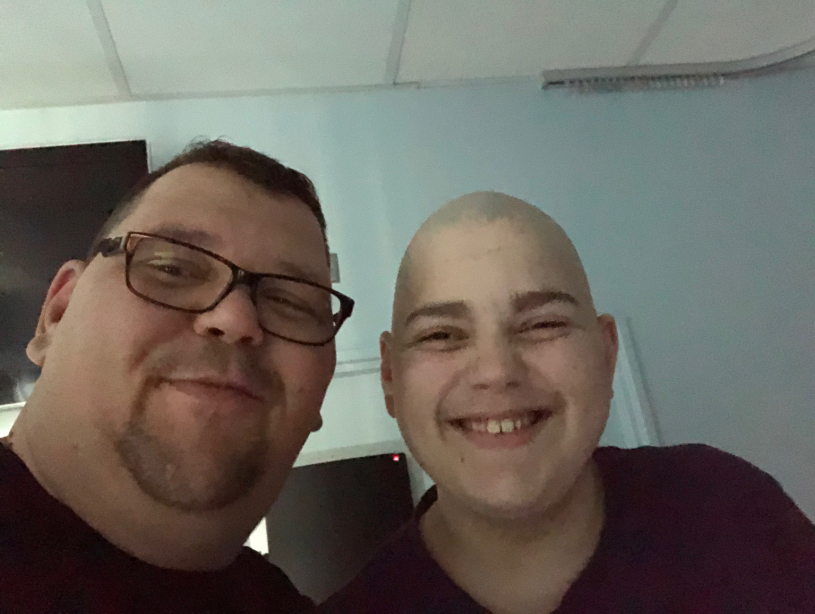 Gordon with Mason. All photos submitted by Gordon Malmsten.

Gordon said Mason spent a few days in the ICU and the doctors were eventually able to confirm that it was cancer.

He said the family was obviously upset about the diagnoses, but a few days later Mason’s twin sister Sierra said she had a bump on her neck.

Their family doctor said they should take Sierra in for tests just in case.

Gordon said they again went to the children’s hospital at which point they ran into Mason’s cancer doctor and he told him the situation.

“His comment was ‘it’s extremely unlikely that she has cancer’,” said Gordon, adding the doctor still advised she get checked out.

A week later the doctors then diagnosed her with cancer. 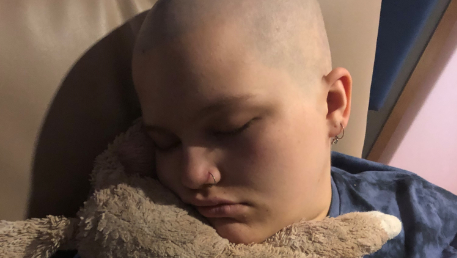 Gordon said their doctor, who has been in the field for 35-years, has never heard of fraternal twins both being diagnosed with cancer a week apart.

DEALING WITH CANCER IN A COVID-19 WORLD

Gordon said it has been difficult for the family and said learning of the diagnoses was extremely disappointing.

On top of everything, he said the situation hasn’t been made any easier with COVID-19.

Gordon said only one parent was allowed to visit at a time and so he and his wife Sherri, would be “passing each other in the hallways” as they visited Mason.

He said it became more difficult once Sierra was diagnosed because they weren’t allowed to bring their youngest daughter Brooklynn with them to the hospital.

Gordon added they relied on family to look after Brooklynn and it was only as of two weeks ago they were allowed to bring her to the Ronald McDonald House where they have been staying.

THE FINANCIAL TOLL OF DEALING WITH CANCER

He also said this has taken a financial toll on the family as both he and his wife had to take a leave from their jobs.

“We still have like our regular household stuff that is happening at the house and we still now have the expense of the Ronald McDonald House,” said Gordon. “The Ronald McDonald House is a great place, amazing place, but still you have your meals that you have to be thinking of and you have to buy your groceries for here and the little extra stuff that they need. The hospital food is not always the best, so then you are running out and grabbing little snacks for them. It’s been a lot of driving back and forth and a lot of parking.”

THE FAMILY PLANS FOR THE NEXT STEPS

Gordon said at this moment in time both Mason and Sierra are close to finishing their second round of chemotherapy.

He added that the doctor said the best-case scenario, chemo could stop in September, worst case they would need to continue chemo until Christmas time.

“Once the chemo stops, then we need to start building up their immune system again, which is the next big challenge,” he said. “The doctor said it’s going to probably be the New Year before their life goes back to normal.”

‘IN IT TO WIN IT’ FAMILY PULLS TOGETHER THROUGH DIFFICULTIES

Gordon said Mason and Sierra have been staying as positive as possible and he added that in a way it has been a blessing that they are going through this together and supporting each other through everything. 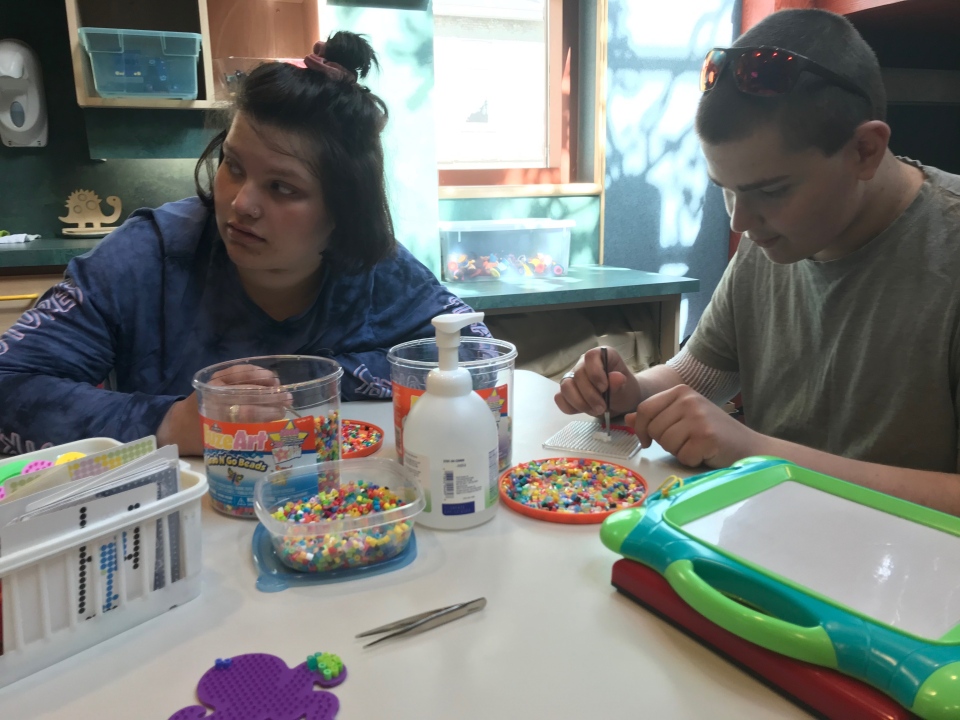 Gordon added that for him and his wife it has been difficult. He said they try to be positive when around the kids but it gets tough when they are by themselves. Gordon said they cry a lot, adding it is hard to be positive sometimes.

But he added that his wife has started using the saying “We’re in it to win it” and that no matter what Mason, Sierra, and the entire family are going to get through this time.

Gordon said a family friend has started a GoFundMe for the family to help cover some of the financial issues.

As of Thursday, the page had raised more than $5,700 for the family.

He added that if people don’t want to donate to the GoFundMe, he is urging people to register to become a blood donor as both Mason and Sierra have had to have blood transfusions. He also encouraged people to give support to the local Ronald McDonald Houses.

Gordon said he appreciates all the support his family has been receiving and they are hoping they will be able to get through this soon.