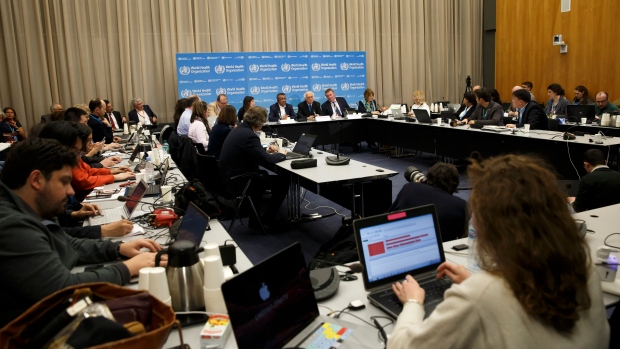 TORONTO — As global health officials prepare to hold a second emergency meeting on a new virus that has killed 17 people and infected more than 500 others in China, questions remain on how concerning the situation is for other countries.

The World Health Organization will meet again in Geneva, the day after an initial meeting Wednesday in which officials said they needed more information before declaring the new coronavirus a “global health emergency.”

Emergency precautions are already in place around China, where it’s one of the busiest travel times ahead of new year celebrations. Beijing announced it would cancel public celebrations of the holiday. And the city of Wuhan, where all the dead and most of the infected contracted the virus, has been placed on a lockdown.

WHAT IS WHO WAITING FOR?

Despite global safety measures and preparations, there’s still much unknown about the coronavirus, according to infectious disease physician Michael Gardam. In such an early stage of an outbreak, there is information coming into the WHO from many different sources.

“They’re really trying to get every last scrap of info they can get before they make a decision,” he said on CTV’s Your Morning Thursday. “The decision to call something a global public health emergency is a very big one.”

The key missing element is whether the new coronavirus is transmitted easily from person-to-person.

While the declaration of a “global health emergency” would be concerning, Gardam said the biggest change would be for China. In 2003, WHO issued travel warnings for Toronto during the outbreak of severe acute respiratory syndrome (SARS), which impacted the Greater Toronto Area economy at the time. Hotels in the area lost $39 million in revenue in one month, according to the Canadian Tourism Commission.

“It would be very similar for China. People would definitely avoid the country,” said Gardam.

WHAT WOULD CHANGE IN CANADA?

A global health emergency wouldn’t change much at home, he added, much in thanks to 17 years of preparation for another outbreak after SARS.

“It will certainly heighten people’s awareness and probably people will be a bit more nervous, but in terms of what we do every day — it’s going to be pretty much the same thing,” he said.

“We learned a lot from SARS. We also went through the H1N1 pandemic in 2009. So there’s been a lot of preparation done quietly in the background, so that truthfully, whether they declare it or not, I don’t think it changes a whole lot here on the ground.”

In Canada, travellers from Wuhan are screened, others are put in isolation who have symptoms, and hospitals have stockpiled necessary equipment for an outbreak. Those procedures would continue, said Gardam. It’s possible that a broader screening process to include travellers from Beijing or China in general may be implemented, he added. But that is less about the declaration from WHO, and more about where the virus is linked to in China.

“We may start to broaden our screening criteria. As we do that, we’re going to start screening a lot more people,” he said.

On the ground, that process would have a major impact for health care workers. “That’s going to be quite disruptive for the running of our hospitals,” he said. “We’re already pretty full dealing with all the other respiratory viruses.”