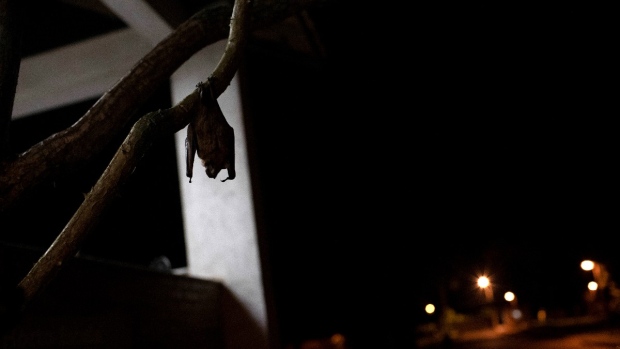 TORONTO — A new outbreak of a deadly virus in India is making headlines — but it’s not COVID-19.

Amid the rise of COVID-19 cases in India, health officials are on alert for cases of Nipah, a rare virus first identified in the late 1990s that kills at least 40 per cent of those it infects.

A 12-year-old boy died of Nipah virus in the southern Indian state of Kerala on Sunday, prompting officials to contact trace and isolate anyone who may have come into contact with him.

But what is Nipah virus, and should we be worried about it in Canada?

WHEN DID IT FIRST EMERGE?

According to the U.S. Centers for Disease Control and Prevention, Nipah virus was first detected in 1999 in Malaysia and Singapore. This initial outbreak involved 300 human cases, but pigs were also affected. More than 100 people died, and more than one million pigs were killed in an effort to curb the spread of the disease.

Outbreaks have occurred in other parts of Asia since, mostly in Bangladesh and India. Bangladesh has had near-annual outbreaks since 2001, according to the World Health Organization (WHO).

HOW DOES IT WORK?

Nipah is a zoonotic virus, meaning its initial transmission is to humans from animals, which in this case were fruit bats. The virus can also infect pigs that can then transfer the virus to humans.

During outbreaks, there has been person-to-person spread, which increases the risk of larger outbreaks. According to the WHO, it can also be spread through contaminated food.

During the initial outbreak in Malaysia, most patients contracted the virus through contact with infected pigs or their tissue. In other outbreaks in Bangladesh, scientists believe that consuming fruit products contaminated with fluids from infected fruit bats, such as raw date palm juice, caused the infections in humans.

Contact with infected humans’ bodily fluids and excrement can also spread the virus directly between people. A lot of human-to-human spread of the disease has been among health care workers catching the virus while caring for patients.

WHAT ARE THE SYMPTOMS?

According to the WHO, Nipah virus can be difficult to diagnose due to some patients having few symptoms, and others having “nonspecific” symptoms.

Health Canada states that there can be a range of symptoms in those who are symptomatic, ranging from mild to severe.

Health Canada advises people to visit a health-care professional immediately if they have travelled to an area where Nipah virus is present and believe they have symptoms or have come into contact with someone who is infected.

There is no vaccine or treatment for Nipah, but accessing supportive medical care as quickly as possible increases the chances for recovery.

HOW DOES IT COMPARE TO COVID-19?

Nipah virus appears to be significantly more deadly than COVID-19.

While the case fatality rate for COVID-19 — the confirmed cases versus confirmed deaths — has fluctuated wildly depending on countries and outbreaks, soaring to 17 per cent in China early in the pandemic, it currently stands at 1.7 per cent in Canada.

According to the WHO, the case fatality rate for Nipah virus is estimated to be 40 per cent to 75 per cent, a number that varies depending on “local capabilities for epidemiological surveillance and clinical management.”

However, this should mean that it’s harder for Nipah virus to spread as far as COVID-19 has. When a virus quickly kills most of those who contract it, that leaves little time for the virus to infect others and spread widely, making its circle of devastation smaller and more intense.

SHOULD CANADIANS BE WORRIED?

There are currently no cases of Nipah virus in Canada, and the only way it would get here would be if an infected person travelled here, or someone visited an area with an outbreak, became infected, and then travelled back to Canada.

With the world still wary of international travel due to the COVID-19 pandemic ravaging the globe, it’s unlikely that Nipah virus will make its way to Canada, although this emphasizes the need for travellers to be aware of where outbreaks are and travel health notices for issues beyond just COVID-19

In the long run, more research needs to be done on Nipah virus to develop treatments, WHO noted, adding that they’d flagged it in 2018 as a topic that needed more attention.