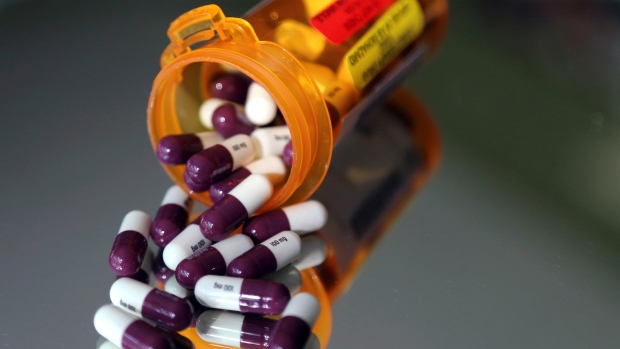 TALLAHASSEE, FLA. — The Biden administration is urging a federal court to dismiss a lawsuit that could stand in the way of Florida and other states importing prescription drugs from Canada.

In a legal brief filed Friday, the White House argues that the lawsuit filed last year on behalf of U.S. pharmaceutical companies was premature because the federal government has yet to approve any importation programs.

The administration’s legal filing came on the same day Florida’s Republican governor, who is considering a run for the White House in 2024, called on the Biden administration to approve its drug importation application.

Florida and New Mexico are the only two states thus far to formally ask the U.S. government to allow federally approved drugs to be imported from Canada, arguing that doing so would save Americans millions of dollars. Other states are poised to follow, despite a lawsuit raising concerns over safety and costs that was filed by the Pharmaceutical Research & Manufacturers of America, the trade group that represents U.S. drug producers.

In its legal filing, President Joe Biden’s administration argues that drug companies “pre-emptively launched this wholesale attack” on a program that has yet to be implemented.

“Although two proposals have been submitted to FDA, no timeline exists for the agency to make a decision,” the government’s motion states.

During a Friday news conference, Florida Gov. Ron DeSantis said Floridians could save as much as $150 million in drug costs in the program’s first year.

DeSantis signed a bill in 2019 allowing prescription drugs to be imported from the neighboring country, but the plan awaits federal approval.

In November, the U.S. Department of Health and Human Services under then-President Donald Trump issued a ruling, which DeSantis said was based largely on Florida’s plan, further opening the door for states to pursue importing prescription drugs. That same month, the trade group filed its lawsuit.

The governor’s office on Friday issued a statement asserting that the current government’s legal filing “puts the Biden Administration on the record in support of the FDA rule.”

The Florida governor has increasingly taken a combative tone against the Biden administration as he positions himself as one of his party’s leading critics of the current White House.

“It is disappointing that the FDA appears to have no timeline to review any state importation proposals as referenced in today’s filing,” the governor’s statement said. “Floridians have been waiting long enough for lower drug prices, and there is no good reason to keep them waiting.”

Some consumers have long crossed into Mexico and Canada to buy medicine that sells for far less than in the United States. But it’s against federal law to import drugs.

The lawsuit filed by the Pharmaceutical Research & Manufacturers of America accuses the federal government of failing to demonstrate the safety of importing medicine and any actual cost savings.

DeSantis and others have dismissed those concerns, saying that Canada, like the United States, has stringent pharmaceutical guidelines, and “we obviously would have our process to ensure quality.”

DeSantis said his state is ready to act swiftly to put its program into place should the federal government approve its request to launch a drug importation program.