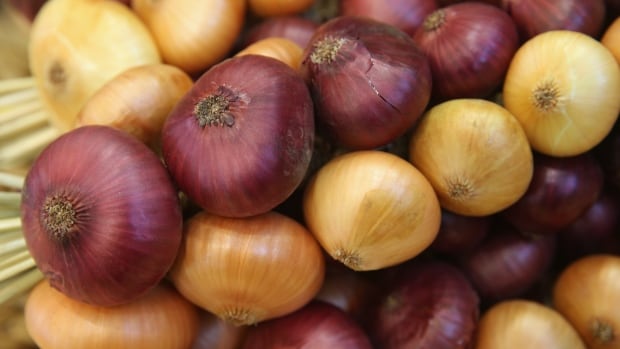 The Canadian Food Inspection Agency (CFIA) has issued a recall warning for whole red, yellow and white raw onions after U.S. health officials linked the vegetables to a salmonella outbreak that has sickened more than 650 people in 37 U.S. states.

The CFIA said on Thursday the move is due to a recall of the same products in the U.S. The CFIA did not say if anybody in Canada has been affected by salmonella due to eating onions.

Earlier on Thursday, the U.S. Centers for Disease Control and Prevention (CDC) said at least 129 people have been hospitalized due to the salmonella outbreak. No one has died. Nearly all of the illnesses were reported in August and September, and the largest numbers of cases were in Texas and Oklahoma.

The outbreak has been traced to whole red, white and yellow onions imported from Chihuahua, Mexico, and distributed throughout the United States by ProSource Inc., the CDC said this week.

The company told health officials that the onions were last imported in late August. But onions can be stored for months and may still be in homes and businesses, U.S. officials said.

“[The] products have been sold in Ontario and Quebec and may have been distributed in other provinces and territories,” the CFIA said.

The agency added it will investigate other importers and “additional recalls may follow.”