Almost 560,000 fewer surgeries were performed between March 2020 and June 2021 due to cancellations and delays, compared with the pre-pandemic period, according to a new report by the Canadian Institute for Health Information (CIHI).

The largest drop occurred in the first wave of the pandemic, with approximately 370,000 fewer surgeries, according to the report, as health systems tried to cope with the demands of COVID-19.

But the lives of patients with other diseases were left in the lurch. The CIHI data hints at the scope of the problem. And Margaret Lyles’ story may be part of the hidden picture.

The 77-year-old from Burlington, Ont. began telling her daughter she was having trouble swallowing in the early part of 2020, as pandemic measures were just starting to go into place. But, as most doctor appointments went virtual, she wasn’t able to get a physician to examine her throat.

Lyles’ daughter, Sandra Cox, spoke with CTV News about how the delay in diagnosis may have accelerated her mother’s demise.

“I understand there were precautions to be taken since this was before the vaccinations. But in extenuating circumstances, the doctor could have seen her,” Cox told CTV News.

Despite repeated attempts to connect and see a doctor physically, the visit for an early diagnosis was delayed over 6 months.

Months later, another doctor at the clinic sent her for an endoscopy to examine her throat with a camera. Doctors were unable to perform the test because a tumour was blocking her esophagus. She was so emaciated that she was sent to an ER visit where Lyles was later diagnosed with stage four esophageal cancer. She died in February 2021. 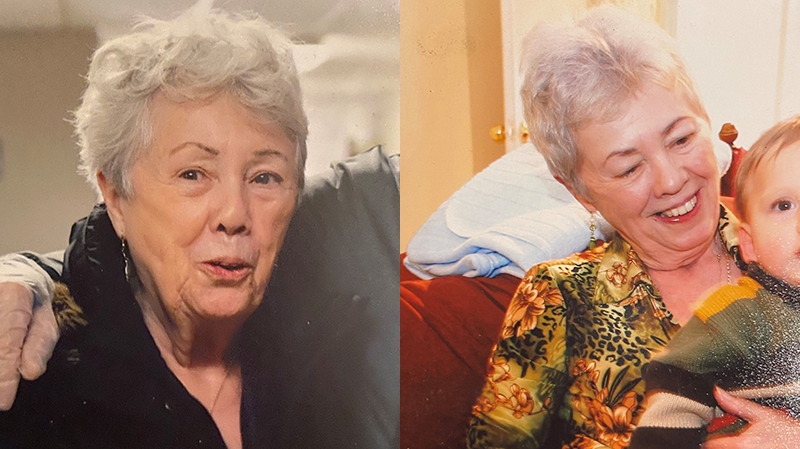 Cox recalls the frustration behind this journey. She now wants her story to be heard so that such deaths can be prevented.

“We were livid, furious, devastated, so upset for her. And I was filled with some regret that I didn’t push further. I’m sure they pandemic played a role,” she said.

In response to COVID-19, the health-care system has adapted to find a balance between caring for COVID-19 patients and those with other health issues.

In a phone interview with CTVNews.ca on Wednesday, Tracy Johnson, director of health system analytics at CIHI, said that “hospitals prioritized some of the life-saving treatments or more urgent surgeries over the less urgent ones in order to be able to find that balance.”

In the first wave of the pandemic, hospitals had little to no choice but to cancel some surgeries in order to accommodate the increasing influx of COVID-19 patients. Hospitals shifted and retrained hospital staff to be able to put those people where they need them.

“Since they’re not life-threatening, they were impacted the most of all of them,” Johnson said..

Most provinces tried to preserve cancer and cardiac surgeries, and very few of those saw a decline in comparison to the scheduled surgeries such as cataracts and hip and knee joint replacements.

According to the CIHI report, the largest decline in surgeries occurred in the first wave of the pandemic as the health-care system struggled with the inflow of COVID-19 patients.

During the pandemic, virtual care became a key tool for primary care physicians and specialists and may be one of the enduring transformations coming out of the pandemic according to the report. Across five provinces where data is available, between 27 per cent and 57 per cent of physician services were provided virtually (online or by phone).

Johnson said: “The challenge with virtual care was that moving forward, what we’re all trying to look at solving is understanding whether that’s the best thing to be able to do for all situations, and when it works best for patients.”​

But while both delayed diagnoses and missed surgeries impacted many lives, the course of some common illnesses in Canada shifted for the better, clearing space in hospitals for an influx of COVID-19 cases.

A lot of this shift was due to mask mandates, social distancing, and the closure of schools. Such measures contributed to some big changes in colds and flu, which indirectly impacted chronic diseases like asthma and acute diseases like pneumonia. A large decline was seen in emergency visits.

The CIHI report highlighted the pre-existing inequities during the pandemic. The pandemic affected those in long-term care facilities and had a wide impact in lower-income neighbourhoods.

With the new variant, Omicron, a backlog of urgent cases now remains a concern.

Johnson said that with the new variant, how the health-care system addressed the backlog of urgent cases largely depends on how big a backlog gets and what happens with the future course of the next wave. “With each wave we’ve had, we’ve hoped it is our last one,” she said.

In an email to CTV News on Wednesday, Dr. Sapna Makhija, a gastroenterologist at GI Health Centre in Burlington, Ont. said, “I think part of the problem is our grossly underfunded health-care system.”

“We do not have enough ICU beds to accommodate both Covid patients and patients that may require an ICU bed for other reasons such as postoperative complications. Hence, during a pandemic, the patients requiring elective surgeries or procedures are the ones that suffer the most. This has been a chronic problem that has yet to be resolved,” Makhija wrote.

Johnson said the recently released data will help the health-care systems and provinces make informed decisions, since the data also focuses on regional and provincial responses to the later COVID-19 waves.

The infographic below reflects some of the key findings in the CIHI report. It also looks at the data on emergency visits by demographic and the shift in surgeries amid the pandemic.