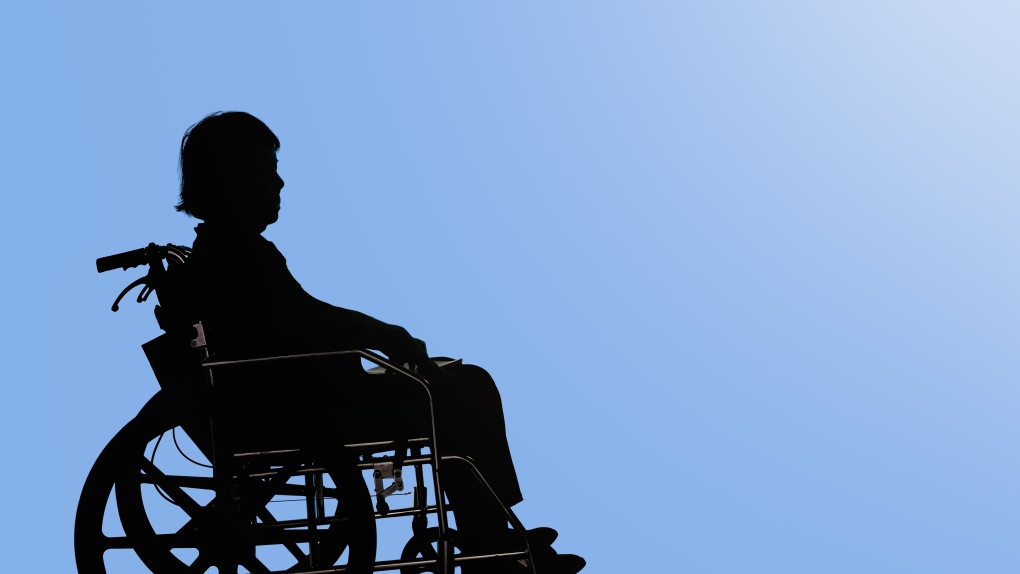 A wheelchair-bound 31-year-old woman in Toronto is nearing final approval for a medically assisted death request after a fruitless bid to secure an affordable apartment that doesn’t worsen her chronic illnesses.

The looming approval for death surprisingly, makes her grateful. “Relieved and elated,” Denise said in an interview with CTV News. “I was scared that they weren’t going to say ‘yes’,” she said.

Denise asked us not to use her real name to protect her identity.

She was diagnosed with Multiple Chemical Sensitivities (MCS), which triggers rashes, difficulty breathing, and blinding headaches called hemiplegic migraines that cause her temporary paralysis.

The chemicals that make her sick, said Denise, are cigarette smoke, laundry chemicals, and air fresheners. She is at risk of anaphylactic shock and so has EpiPens at all times in case she has a life-threatening allergic attack.

Denise is also wheelchair-bound after a spinal cord injury 6 years ago and has other chronic illnesses.

‘APPLIED FOR MAID ESSENTIALLY … BECAUSE OF ABJECT POVERTY’

She desperately wants to move to an apartment that’s wheelchair accessible and has cleaner air. But her only income is from Ontario’s Disability Support Program (ODSP). She receives a total of $1,169 a month plus $50 for a special diet. “I’ve applied for MAiD essentially…because of abject poverty,” she said.

One of her physicians, Dr. Riina Bray, medical director of the Environmental Health Clinic at Women’s College Hospital in Toronto, has been looking for better housing saying Denise requires “immediate relocation for her safety.”

But Denise said she and supporters have called 10 different agencies in Toronto over the past 6 months to locate housing with reduced chemical and smoke exposure that she can afford on ODSP.

“None of them were able to do anything meaningful in terms of getting me relocated, getting the discretionary emergency, or temporary housing and emergency funds,” said Denise.

Applying for medically assisted death has been surprisingly easier. Denise said she began working on applications for MAiD in the summer of 2021.

A psychiatrist, she said, first deemed her competent to make the decision. A second MAiD provider reviewed her medical history and signed the approval according to Denise. Another physician who offers medically assisted death has now asked her to finalize documents including a power of attorney and funeral arrangements along with a DNR (Do Not Resuscitate) order. She said she’s finishing up this documentation.

Denise has also asked doctors to waive the 90-day waiting period for people like her who are “Track Two” cases, meaning their natural death isn’t imminent, hoping for an earlier death.

Dr. Bray said none of the doctors contacted her to learn about the efforts to help Denise find housing first. This is despite research showing that people with multiple chemical sensitivities often improve in chemically cleaner environments.

Denise confirmed that when friends and supporters can raise money for her to stay at a wheelchair-accessible hotel that’s near a ravine with clean air, her symptoms lessen greatly.

“Stays are paid for with donations and are limited in length by how much funds are available. It is an emergency ‘solution’ and absolutely not sustainable,” Denise wrote in an email.

Denise says her life today is a far cry from her early days as a professional make-up artist.

“I was earning $25 an hour. It was a good job,” she told CTV News. But chemical exposures from her work triggered her Multiple Chemical Sensitivities (MCS). MCS is a recognized disability under the Canadian Human Rights Act. It’s believed to be caused by exposures to chemicals, or other environmental exposures that cause physical symptoms, although it is a controversial diagnosis in the medical community.

Her story is disturbingly similar to one reported by CTV earlier in April. Sophia also suffered from Multiple Chemical Sensitivities. She received a medically assisted death in February, after fruitless attempts to get an apartment away from smoke and chemicals in her building. Denise said she started the paperwork on her request for MAiD in the summer of 2021, long before Sophia’s story went public.

‘THIS IS THE TIP OF THE ICEBERG’

Her difficult choice underscores that Sophia’s decision wasn’t a one-off.

Among those trying to help her, is David Fancy, a professor of drama arts at Brock University and disability rights advocate. He heard about her plight last fall and attests to how hard Denise has tried to get a healthier home. But he’s seen her lose hope.

“Door after closed-door after closed-door…the gauntlet tends to push people in the direction of the legislation that is there, which is medical assistance and dying, ” said Fancy, who has started a GoFundMe to try to help Denise find better accommodations. “I’ve got a very significant concern that this is the tip of the iceberg,” he added.

“Devastating,” said Devorah Kobluk, a senior policy analyst with the Income Security Advocacy Centre in Toronto, part of Legal Aid Ontario. She says many people with disabilities are living far below the poverty line, giving them few options.

“There is an extraordinary cost of living with a disability that is unique to them and their disability. Wheelchairs are expensive, therapy…all these things cost extra,” said Kobluk.

The larger issue of the purpose of medically assisted death in Canada also comes into play, say disability rights advocates. Initially approved by the Senate as a way of alleviating the suffering of those near death, it was expanded in March 2021 to those with chronic illnesses and disabilities.

“We’ve now gone on to basically solving the deficiencies in our social safety net through this horrific backdoor, not that anybody meant it that way, but that’s what it’s turned into,” said David Lepofsky, disability advocate and Visiting Professor of Disability Rights at the Osgoode Hall Law School.

CTV News contacted Ontario’s Ministry of Children, Community & Social Services, which confirmed the monthly payments to those with disabilities who live on their own.

Both Denise and Sophia were assessed at the environment health clinic at Women’s College Hospital, which tries to help people with chemical sensitivities. Dr. Bray says the clinic is seeing a growing number of referrals for the condition, with a two-year waitlist for a specialist appointment. Canadian statistics suggest that at least 700,000 Canadians suffer from sensitivities to chemicals.

“Society is failing these patients,” she said. “My hope is that we can just put a stop to this very easy out that MAiD is providing and start acknowledging that these people need to be they need to be helped,” said Dr. Bray.