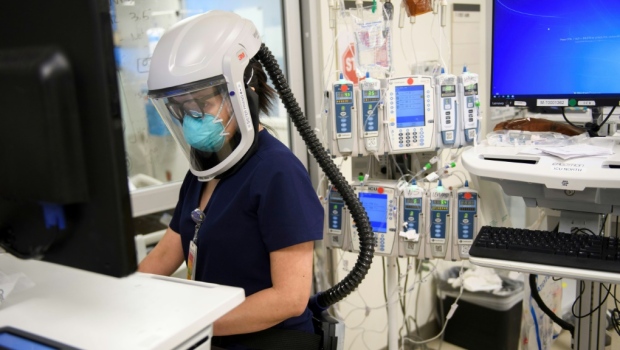 GENEVA, SWITZERLAND — The world is on the brink of a “catastrophic moral failure” if rich countries hog COVID-19 vaccine doses while the poorest suffer, the head of the WHO said Monday.

World Health Organization director-general Tedros Adhanom Ghebreyesus denounced the “me-first” attitude of wealthy nations and also blasted vaccine manufacturers for chasing regulatory approval in rich countries rather than submitting their data to the WHO to green-light vaccine use globally.

In a speech in Geneva opening a WHO executive board meeting, he said the promise of worldwide equitable access to coronavirus vaccines was now at serious risk.

Tedros said 39 million doses of coronavirus vaccines had been administered so far in at least 49 higher income countries.

“I need to be blunt. The world is on the brink of a catastrophic moral failure — and the price of this failure will be paid with lives and livelihoods in the world’s poorest countries.”

He said even as some countries pronounced reassuring words on equitable access, they were prioritising their own deals with manufacturers, driving up prices and trying to jump the queue.

He said 44 such deals were struck in 2020 and at least 12 have already been signed this year.

“The situation is compounded by the fact that most manufacturers have prioritised regulatory approval in rich countries where the profits are highest, rather than submitting full dossiers to WHO,” Tedros said.

“Not only does this me-first approach leave the world’s poorest and most vulnerable people at risk, it’s also self defeating.

“Ultimately, these actions will only prolong the pandemic, prolong our pain, the restrictions needed to contain it, and human and economic suffering.”

‘SHOT IN THE ARM’

The WHO has only approved emergency use validation for the Pfizer-BioNTech vaccine, and Tedros urged other manufacturers to come forward with their data for regulatory review.

It aims to secure vaccines for 20 per cent of the population in each participating country by the end of the year, with funding covered for the 92 lower- and lower-middle income economies involved.

“We aim to start deliveries in February,” said Tedros.

He said the recent emergence of rapidly-spreading SARS-CoV-2 virus variants makes the swift and equitable roll-out of vaccines even more important.

“Vaccines are the shot in the arm we all need — literally and figuratively,” he said.

“There will be enough vaccine for everyone,” Tedros insisted.

“But it’s not right that younger, healthier adults in rich countries are vaccinated before health workers and older people in poorer countries.”

The novel coronavirus has killed more than two million people since the outbreak emerged in China in late 2019. The pathogen is believed to have originated in an undetermined bat species.

Tedros said the pandemic showed that the health of humans, animals and the planet was intertwined.

“More than 70 per cent of emerging diseases discovered in recent years are linked to animal-to-human transmission,” he said.

“One year into the greatest crisis of our time, there is no question that we still face unprecedented danger.”