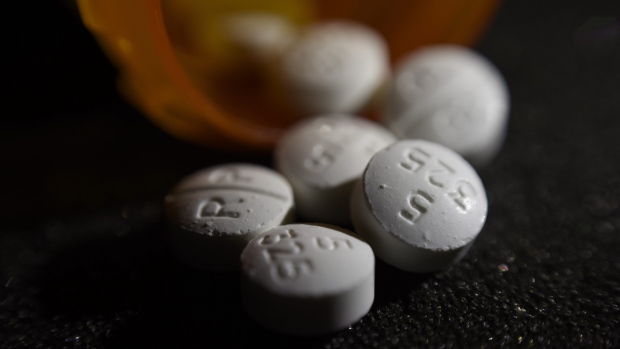 TORONTO — A Yale study that found Canadian clinics were faster than the U.S. to provide opioid treatment during the COVID-19 pandemic highlights the ethical tightrope researchers must walk when studying addiction while using deception in their research gathering.

The study, entitled “Methadone Access for Opioid Use Disorder During the COVID-19 Pandemic Within the United States and Canada,” was published July 23 in the JAMA Open Network and compared how timely access to methadone was for opioid users during the pandemic between the two countries.

Methadone has been used to prevent overdose deaths for decades, but the treatment remains highly regulated and difficult to access within the United States. In response to the rise in overdose deaths, however, Canada and its provinces relaxed regulations on methadone treatment, the study states.

“The infectious risks of COVID-19 immediately presented unique challenges for methadone treatment of opioid addiction because methadone treatment both in Canada and the U.S. require someone to frequently come in person to receive their medication,” explained lead study author and assistant professer at the Yale School of Medicine Dr. Paul Joudrey in a telephone interview with CTVNews.ca Thursday.

Joudrey said the study focused on the timeliness of methadone treatment options during the pandemic as “there’s increasing evidence that the time it takes to get someone on a medication is crucial in terms of ensuring success and entering treatment. In other words, there’s evidence that shows that delays in care, even as short as a day or two, can reduce how often people successfully enter care.”

STUDY METHODOLOGY AND A QUESTION OF ETHICS

The researchers conducted a cross-sectional study of clinics providing methadone for opioid use disorder within the U.S. states of Connecticut, Kentucky, Maine, Massachusetts, Maryland, Michigan, Missouri, New Hampshire, Ohio, Rhode Island, Tennessee, Vermont, West Virginia and the District of Columbia, and the three Canadian provinces of Alberta, British Columbia and Ontario between May 11 and June 17, 2020.

Researchers contacted clinics at their publicly listed phone number, and following an approved, standardized script, pretended to be a 30-year-old patient with opioid use disorder looking to book the next available appointment to receive methadone treatment. The researcher would then document how fast the clinic was accepting new patients and when appointments were available.

Joudrey said that the deception used in the study– where researchers used a script and pretended to be people with opioid use disorder – was necessary.

“This approach, which is sometimes called an audit study or a secret shopper study, has been used previously in addiction studies,” he said, adding that the study methods were submitted to the Yale Institutional Review Board and passed. “In the end, we’re using this data to advocate for patients, to advocate for this vulnerable population and collecting data from their perspective is to show a larger audience, ‘here’s what it’s like to be someone calling, asking for help when this is a really difficult situation.’”

“Kind of the only way to capture that data from the perspective of a person with addiction is to use deception,” he said.

Founding Director of the Centre for Professional and Applied Ethics and Professor at the University of Manitoba Arthur Schafer disagrees, and said the question of ethics in a study depends on a number of factors.

“There’s got to be good evidence that the deception is necessary and that if it is necessary, that the least deceptive study design has been adopted,” Schafer explained in a telephone interview with CTVNews.ca Thursday.

Schafer questioned why the researchers could not have called the clinics and asked about methadone appointment availability without the deception.

“If I were on the ethics committee that had to approve this, the question would be, well, ‘why do you need to deceive people?’” he said.

When asked if the study could have been done without deception – Joudrey said “no.”

“The answer is no…if you use no deception and you go to the clinics and you survey them directly…everything is above board in a sense…the problem, though, is it brings in biases in the end because there’s a natural tendency amongst all human beings to give the answer the person wants to hear,” he explained.

“So their belief is that a person who presents herself or himself as an addict, needing methadone treatment or needing treatment, will not get the same answer as a researcher who calls,” he said. “They believe that that the clinics wouldn’t answer them honestly. But I can’t see why not.”

Schafer said the Yale ethics committee should have challenged the study to justify their beliefs.

“On the face of it, it seems to me that they’re not trying to expose corrupt or incompetent or unethical behaviour on the part of the clinics,” he said. “They’re simply asking about wait times and whether the pandemic has made a difference to the wait times. I can’t see why a clinic would have any interest in giving an inaccurate answer to someone who asked the question that was openly and honestly, as opposed to someone who deceptively pretends to be an addict seeking treatment.”

Schafer offered an alternative research method he believes could have been undertaken to prove that the deception – which he admitted was “small potatoes” – was necessary.

“The deception seems, as I said earlier, de minimus, I’m not sure that it’s necessary and I’d like to hear more careful justification. Had I been on the research ethics board, I wouldn’t have given that approval,” he said.

“Approach the same clinic both honestly and separately, deceptively, and see whether the responses you got differed,” Schafer continued. “I would have challenged them for evidence that that there was a significant risk of bias if they didn’t use the deception.”

When asked if the research team followed up with the clinics contacted in the study to disclose that they had in fact been deceived, Joudrey said no, as “it might cause more harm than good” for the clinics to find out they had been deceived, and as they did not collect any information on who had answered the phone, there was “no one to call back, in a sense.”

In a follow up email to CTVNews.ca, Schafer said that Joudrey should have been clearer on “what harm he expected to occur if he informed the clinics,” and questioned whether they had brought up this point in advance with the research ethics board.

“Why did the research ethics board of Yale University not require a debriefing? The people deceived were entitled to an explanation and entitled to see the results of the study…and to have an opportunity to ask question,” Schafer wrote.

‘MORAL COST’ OF STUDY ETHICS MUST BE WEIGHED

Joudrey said the researchers put several safeguards in place to ensure that their study did not take away access to care for actual opioid use disorder patients.

“So first off, we put a cap on the number of times we would try to call it a clinic, and that was three,” he said. “So if we called clinics and we didn’t get an answer, we got a busy signal, after three times we just we documented that that was the case.”

Joudrey said if the clinic didn’t answer within three tries the team would stop contacting them, and if there was a busy signal, the maximum amount of time they would stay on the line was capped at two minutes.

“We would give up. We would we would count that as a call because the idea there with those we were interpreting the fact that the busy signal means they’re busy,” he explained.

And the final “and most important” safeguard the researchers put in place was to not make any actual appointments – something worked into the official scripts.

“We gave an excuse to not book the appointment, and then we ended the call,” he said. “That way there was no appointment slot taken up that could go to a real patient.”

Schafer said ethical review boards shoulder a lot of responsibility when assessing studies, and while deception in research “can be justified,” there are several factors to consider.

“The first question, is the importance of the research so trivial, unimportant, and wouldn’t justify the use of deception?” he continued. “In this case, the objective of the research is to explore ancillary harms from the COVID-19 pandemic, not just the harms that come to people who are infected and hospitals and clinics that are overrun, but the cost to people who need other health care services… So I would say that the researchers are exploring an important issue with respect to people who have addictions.”

Schafer said the second criterion is whether or not the study goal or objective is so socially important that it warrants or justified breaking or bending the rules on deception, but it boils down to “is the deception necessary?”

Schafer said it is “discrediting” to university research, to social science research and corrodes the researchers and the people they employ to be deceptive.

“That’s a cost and moral cost. It’s a cost worth paying if you’ve got a really important goal and there is no other honest or non deceptive way of achieving it,” he said.

Schafer said that despite there being evidence the deception in the Yale study was “inconsequential” he found it “implausible” that it was necessary.

RESULTS OF THE STUDY

Joudrey and his team found that slightly less than 90 per cent of clinics in both the U.S and Canada accepted new patients during the pandemic – with about a third of the clinic who were not accepting new patients citing COVID-19 as the reason why.

Researchers also found the wait time for methadone in the U.S. were much longer than Canada, with approximately 3.5 to 4.1 days compared to 1.9 days.

In both countries, clinics with an open access model — where patients can present for treatment without a prior appointment — provided timelier treatment access. But in the U.S., only about 30 per cent of clinics offered open access, compared with 59 per cent in Canada.

“The study definitely affirms that this open access model clearly has advantages for meeting patient’s needs,” Joudrey said. “That kind of an important message, I think, to get out.”