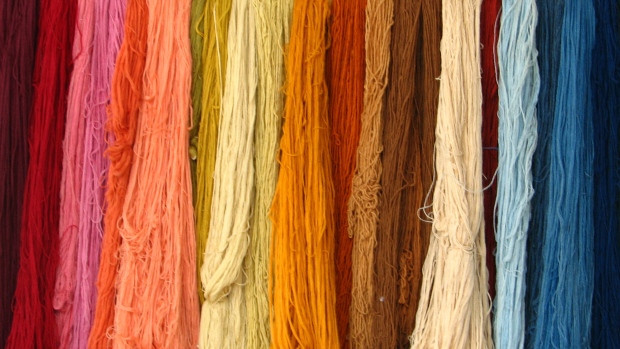 It may sound like a gruesome detail from a dystopian movie, but a team of scientists believe yarn grown from human skin could soon be used to stitch up surgical patients and repair organs.

The researchers say their “human textile,” which they developed from skin cells, can be used for knitting, sewing and even crochet, and can aid a number of medical procedures.

The string-like substance would have the ability to “truly integrate into the host’s body,” the team from the University of Bordeaux in France said.

“This novel strategy holds the promise of a next generation of medical textiles that will be mechanically strong without any foreign scaffolding,” they wrote in their study, which was published in the journal Acta Biomaterialia.

“These human textiles offer a unique level of biocompatibility and represent a new generation of completely biological tissue-engineered products,” they added.

Unlike synthetic material currently used in most surgeries, the futuristic yarn wouldn’t run the risk of causing a detrimental reaction from patients’ bodies, the team said.

“Most permanent synthetic biomaterials are recognized as foreign by the innate immune system, which leads to the well-described ‘foreign body reaction’ upon implantation,” they wrote.

Images of the yarn produced by the team show a number of ways in which it can be stitched and manipulated.

“This material can be used as a simple suture to close a wound or can be assembled into fully biological, human” tissue, they wrote.

Last year, scientists developed a new “bio-glue” — an experimental adhesive gel that is activated by a flash of light — to rapidly glue a wound together.