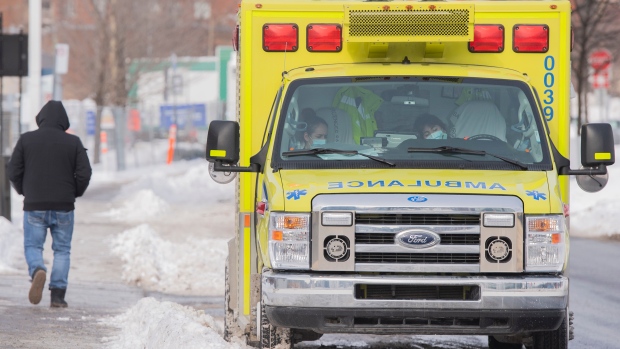 As more of Canada’s population becomes vaccinated, several provinces are seeing that COVID-19-related hospitalizations are made up of a large number of vaccinated patients. The same trend also appears when analyzing COVID-19-related deaths.

In the province of Alberta, for example, 352 deaths recorded in the last 120 days or so involved those who were unvaccinated aged five or older. Meanwhile, 423 deaths reported in the same time frame were among residents with at least two doses of the COVID-19 vaccine.

While it appears as though a greater number of vaccinated people are making up COVID-19 deaths in the province, the total populations of vaccinated and unvaccinated residents must be taken into account as well, said Dr. Darren Markland, an intensive care physician based in Edmonton. With most Albertans now vaccinated, more of those being admitted to hospital and also dying are coming from that pool of people, he said.

“If you look at the raw numbers and you don’t index it by vaccine rates, then it looks like vaccinated people are having worse outcomes,” he told CTVNews.ca in a phone interview on Wednesday. “But really, it’s because the sample size now is predominantly almost all vaccinated.”

Out of a total of about 4.15 million residents aged five and older, about 3.3 million have been vaccinated with at least two doses of the COVID-19 vaccine, while approximately 583,000 remain unvaccinated in Alberta. When taking into account the total number of fully vaccinated and unvaccinated people, the death rate associated with each group is vastly different.

Provincial data shows the death rate is about 56.5 per 100,000 people among those who are unvaccinated and five years of age or older. Meanwhile, the death rate for people who are vaccinated with two doses drops to 12.5 per 100,000 people. Those vaccinated with three doses had a death rate of 13.3 per 100,000, however, a majority of these deaths were among patients who were at least 80 years of age, a group that is especially vulnerable to COVID-19-related hospitalization and death, said Dr. David Kelvin, a professor in Dalhousie University’s department of microbiology and immunology in Halifax.

Older patients have an increased risk of both hospitalization and death as a result of COVID-19, said Kelvin. Age remains a risk factor whether or not someone is vaccinated, he said, as it often comes with a higher chance of developing comorbidities.

“The elderly normally have a difficult time in mounting the same type of immune response that young, healthy people do,” Kelvin said on Wednesday in a phone interview with CTVNews.ca. “Even though they’re vaccinated, it’s possible that they’re still at risk because they don’t have the same healthy immune system that a younger person does.”

Only focusing on the raw numbers serves as an example of base rate fallacy, which is essentially a tendency to avoid base rates, or in this case, the total numbers of people who are vaccinated and unvaccinated, Markland said. It’s crucial that these numbers are interpreted within the correct context to provide an accurate picture of the actual risk of death among those who received the COVID-19 vaccine and those who have not, he said.

“There’s base rate fallacy meaning now…we have a population we’re drawing from where being vaccinated is almost a given,” he said. “If you sample from that population, which is about 90 per cent with a single vaccine, then you’re going to have a higher rate amongst those people.”

Dr. David Carr is an emergency physician at the University Health Network in Toronto. He points out that an overwhelming majority of Ontario’s population is either partially or fully vaccinated. Nearly 12 million people aged five and older have received two doses of the vaccine, accounting for 85 per cent of the population. Four per cent are partially vaccinated and 11 per cent remain unvaccinated.

While those who are either partially or fully vaccinated are still being admitted to ICUs and continue to make up a portion of COVID-19-related deaths, the risk of these severe outcomes remains higher in those who are unvaccinated, Carr said.

“There’s a clear trend that you’re at about four times higher risk of ending up in an ICU, and a reasonable proportion of those will die, if you’re unvaccinated,” Carr said in a phone interview with CTVNews.ca on Wednesday.

According to an epidemiological summary released earlier this month, there were 628 deaths in Ontario among those who were at least five years old and unvaccinated between Dec. 12, 2021 and Feb. 5, 2022. Meanwhile, 1,152 residents who died of COVID-19 had at least two doses of the vaccine.

But it’s important to look at these numbers as proportions of the total number of unvaccinated people in Ontario and those vaccinated with at least two doses in order to get a true understanding of the risk of severe outcomes, said Carr. With 1,152 deaths among those vaccinated with at least two doses, out of a total of 11,963,565 fully vaccinated residents, the rate of death is about 9.6 per 100,000 for those who are fully vaccinated. However, 628 deaths among the unvaccinated, out of a total of about 1.5 million eligible residents that have yet to be vaccinated, results in a rate of about 41 deaths per 100,000 people for those not vaccinated against the virus at all.

“You can’t just look at the raw data,” said Carr.

In Nova Scotia, based on the most recent available data regarding COVID-19-related deaths and vaccination, 72 people who died between March 2021 and Feb. 17, 2022 were vaccinated with at least two doses of the COVID-19 vaccine. Meanwhile, 40 deaths were among the unvaccinated. Only 10 deaths involved the partially vaccinated.

“The unvaccinated group in Nova Scotia is less than 10 per cent but it makes up about a third of the deaths,” Kelvin said. “So you can see right away that even though there’s a small proportion, it’s making up a very significant amount of people.”