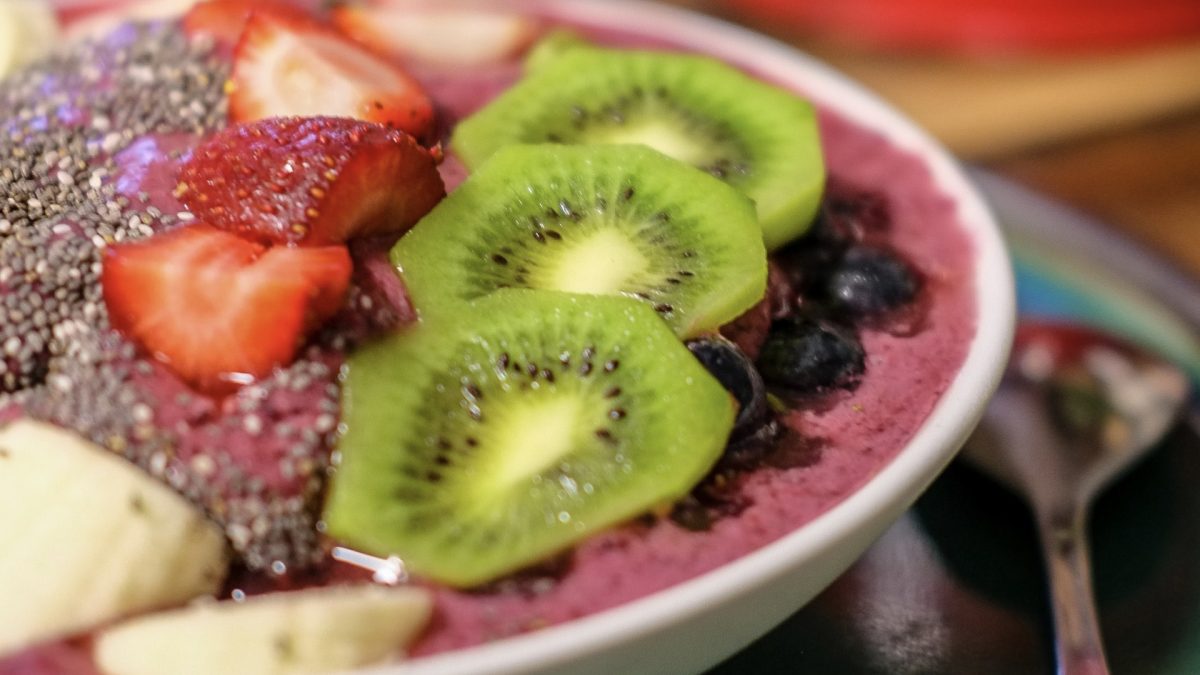 “Plant-based diets…have been found to reduce the risk of cardiovascular disease” and some of our other leading causes of death and disability. “Studies have shown that the longest living and least dementia-prone populations subsist on plant-based diets.” So why focus on açaí berries, just one plant, for brain health and performance?

Well, “foods rich in polyphenols…improve brain health,” and açaí berries contain lots of polyphenols and antioxidants, so perhaps that’s why they could be beneficial. If you’re only looking at polyphenols, though, there are more than a dozen foods that contain more per serving, like black elderberry, regular fruits like plums, flaxseeds, dark chocolate, and even just a cup of coffee.

Açaí berries don’t just have potential brain benefits, however. Might they also protect the lungs against harm induced by cigarette smoke? You may remember the study where the addition of açaí berries to cigarettes protected against emphysema—in smoking mice, that is. That’s not very helpful. There is a long list of impressive-looking benefits until you dig a little deeper. For example, I was excited to see a “[r]eduction of coronary disease risk due to the vasodilation effect” of açaí berries, but then I pulled the study and found they were talking about a vasodilator effect…in the mesenteric vascular bed of rats. There hadn’t been any studies on açaí berries and artery function in humans until a study published in 2016.

Researchers gave overweight men either a smoothie containing about two-thirds of a cup of frozen açaí pulp and half a banana or an artificially colored placebo smoothie containing the banana but no açaí. As you can see at 2:26 in my video, within two hours of consumption of their smoothie, the açaí group had a significant improvement in artery function that lasted for at least six hours, a one or two point bump that is clinically significant. In fact, those walking around with just one point higher tend to go on to suffer 13 percent fewer cardiovascular events like fatal heart attacks.

What about cooked blueberries? As you can see at 3:12 in my video, if you baked the blueberries into a bun, like a blueberry muffin, you get the same dramatic improvement in artery function.

Cocoa can do it, too. As shown at 3:30 in my video, after having one tablespoon of cocoa, you gain about one point, and two tablespoons gives you a whopping four points or so, which is double what you get with açaí berries.

One and a quarter cups’ worth of multicolored grapes also give a nice boost in artery function, but enough to counter an “acute endothelial insult,” a sudden attack on the vulnerable inner layer of our arteries? Researchers gave participants a “McDonald’s sausage egg breakfast sandwich and two hash browns.” They weren’t messing around! As you can see at 3:56 in my video, without the grapes, artery function was cut nearly in half within an hour, and the arteries stayed stiffened and crippled three hours later. But when they ate that McMuffin with all those grapes, the harmful effect was blunted.

What about orange juice? Four cups a day of commercial orange juice from concentrate for four weeks showed no change in artery function. What about freshly squeezed orange juice? Still nothing. That’s one of the reasons berries, not citrus, are the healthiest fruits.

For a beverage that can improve your artery function, try green tea. Two cups of green tea gives you that same effect we saw with cocoa, gaining nearly four points within just 30 minutes. And, as you can see at 5:05 in my video, that same crazy effect is also seen with black tea, with twice as powerful an effect as the açaí berries.

So, why all the focus on just that one plant? Why açaí berries? Well, the real reason may be because the author owns a patent on an açaí-based dietary supplement.

What about the effects of other foods on artery function? Coronary artery disease is, after all, our leading cause of death for men and women. See:

What else can blueberries do? Check out: