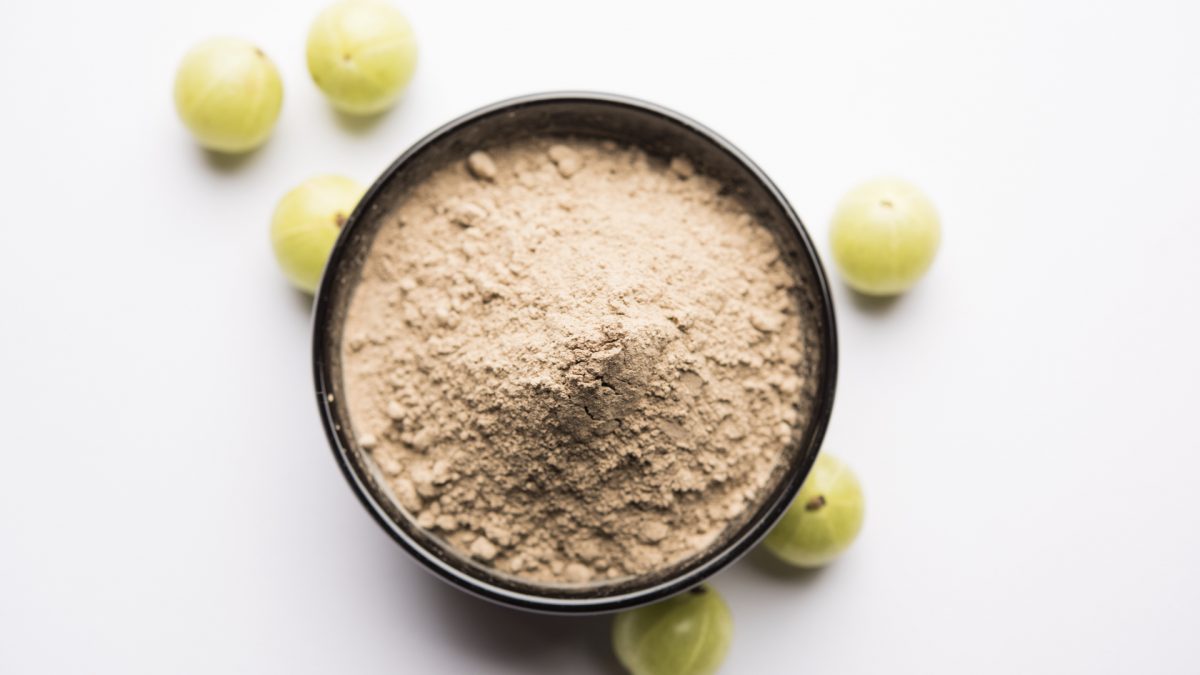 Extracts of amla (Indian gooseberry) were pitted head-to-head against cholesterol-lowering statin drugs and the blood thinners aspirin and Plavix.

Indian gooseberries, otherwise known as amla, have been touted as everything from a cancer fighter to a hair tonic to a refrigerant. (A refrigerant? Like Freon?) Amla’s even been labeled a snake venom detoxifier—but based on what kind of research? I discuss this in my video Flashback Friday: Amla vs. Drugs for Cholesterol, Inflammation, & Blood-Thinning.

Yes, dietary intake of both turmeric and amla “increases life span”—of fruit flies. Do we really care about the effect of amla on the lifespan or the “sexual behavior,” for that matter, of fruit flies? How do you even study the sexual behavior of fruit flies? Why, just introduce “a virgin female and bachelor male…into an Elens-Wattiaux mating chamber,” don’t you know? (Can you imagine having an insect mating chamber named after you? And it looks like there were two people fighting over naming rights so they had to go with both!)

Okay, so the virgin female and bachelor male are in the chamber. Now it’s just a matter of getting out a stopwatch. As you can see at 1:06 in my video Amla vs. Drugs for Cholesterol, Inflammation, and Blood-Thinning, 20 minutes is the average “copulation duration,” but it was almost a half-hour on amla. What’s more, amla dropped the “mating latency,” the time from when they were introduced to each other in the chamber to when they started getting busy, from ten down to seven seconds. Seconds? They don’t mess around! Well, actually, they do mess around—and quite rapidly.

And, on amla, they lay more eggs and more of those eggs hatch into larva. But, just as you probably don’t think about flies when you hear amla is “the best medicine to increase the life span,” you’re probably not thinking more maggots when you read that amla may have a “potent aphrodisiac effect.”

Now, there was a study, as I show at 1:56 in my video, that found extraordinary improvements in total cholesterol and LDL cholesterol in actual humans, but that was compared to placebo. What about compared to simvastatin, a leading cholesterol-lowering drug sold as Zocor? Treatment with the drug “produced significant reduction” in cholesterol, as one would expect, but so did the amla. In fact, you could hardly tell which was which. There was only about a 10 to 15 percent drop in total and LDL cholesterol, but the amla dose in this study was only 500 milligrams, which is about a tenth of a teaspoon, and it wasn’t just the powdered fruit, but the powdered juice of the fruit, which may have made a difference.

How about versus Lipitor, the cholesterol-lowering drug known as atorvastatin? As I show at 2:50 in my video, no effects of taking placebos were seen, but there were significant improvements for the drug and also for two different doses of amla, but again only a drop of about 15 percent or so. Did the researchers use the juice again? No. Even worse, they used a patented extract of amla, so instead of costing 5 cents a day, it was 50 cents a day and didn’t even seem to work as well. Though, because of this proprietary product, at least someone is willing to pony up the funds to do the research.

It’s like the cancer story. For Indian gooseberries “to become relevant clinically,” researchers are praying for “patentable derivatives” to be synthesized. “Without the possibility of patents, the pharmaceutical industry will undoubtedly not invest” in the research. Their shareholders wouldn’t let them. It’s patents over patients. But, without that research, how can we ever prove its worth—or worthlessness, for that matter? So, interest by the drug and supplement industries in patenting natural food product remedies is a double-edged sword. Without it, there would never have been the study showing not only benefits for cholesterol but also for arterial function, as you can see at 4:04 in my video, reducing artery stiffness in the two amla extract groups and the drug group, but not the placebo, as well as a dramatic drop in inflammation, with C-reactive protein levels cut in half. So, amla—or at least amla extracts—“may be a good therapeutic alternative to statins in diabetic patients with endothelial [artery] dysfunction because it has the beneficial effects of the statins but without the well known adverse effects” of the drugs, including muscle damage and liver dysfunction.

The amla extract was also compared to the blood-thinning drugs aspirin and Plavix, which are often prescribed after heart attacks, and achieved about three quarters of the same platelet aggregation inhibiting effect as the drugs, significantly increasing bleeding and clotting time—that is, the time it takes you to stop dripping after getting poked with a needle. This is actually a good thing if you have a stent or something you don’t want to clog up, but it didn’t thin the blood outside the normal range, so it may not unduly raise the risk of major bleeding.

Amla extract also appears to decrease the effects of stress on the heart. Researchers had people plunge their hands into ice water and keep them there until the pain became “unbearable,” which causes your arteries to constrict and your blood pressure to go up—but not as much if you’re taking an amla extract. Good to know for your next ice bucket challenge.

I profile the study that used the whole fruit in my video The Best Food for High Cholesterol.

For more on amla, see:

The double-edged sword of patenting natural substances comes up over and over. See, for example, Plants as Intellectual Property: Patently Wrong?.

With a healthier diet, neither drugs nor supplements may be necessary:

For all of my videos on the latest research on cholesterol, visit our Cholesterol topic page.