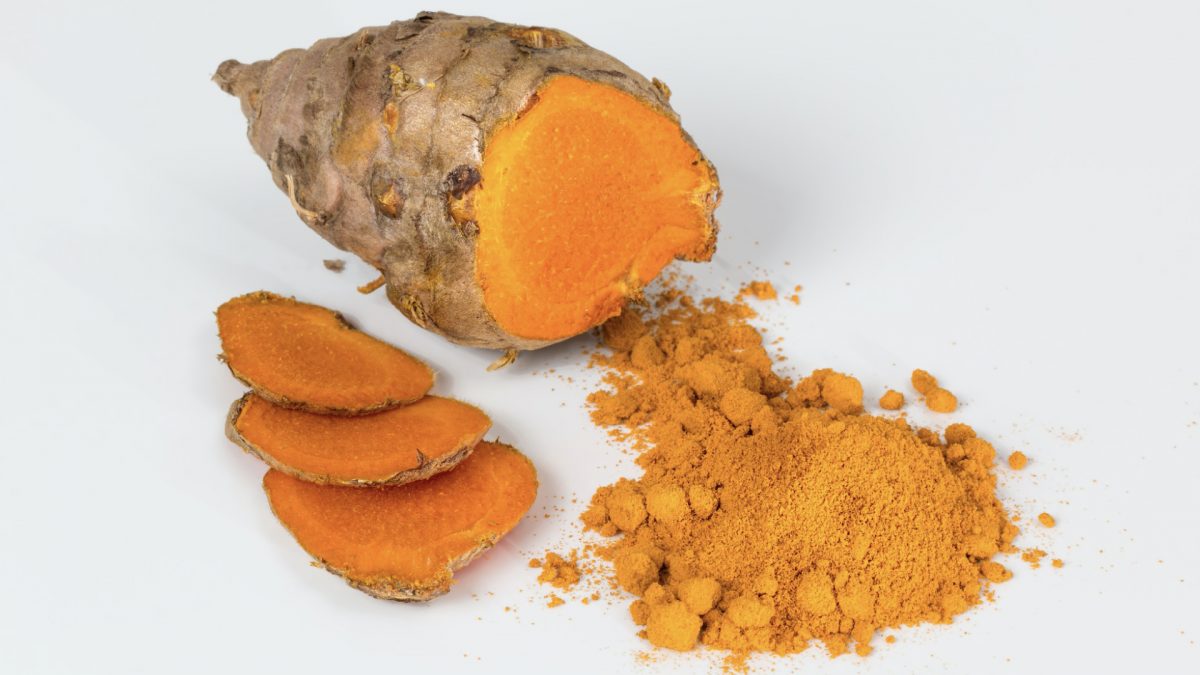 In 1989, ophthalmologists in India found that eyedrops made from the spice turmeric (known as haridra in India) seemed to work just as well as antibiotic eyedrops in the treatment of conjunctivitis, or pink eye. So, researchers decided to give turmeric a try against more serious inflammatory eye diseases like uveitis, which blinds tens of thousands of Americans every year. Uveitis is often an autoimmune or infectious inflammation of the central structures in the eye. Steroids, given to knock down people’s immune systems, are the standard treatment, but they also carry a slew of side effects.

Researchers tried giving uveitis sufferers oral supplements of curcumin, the yellow pigment in turmeric thought to be responsible in part for the spice’s anti-inflammatory effects. Eighteen patients were given curcumin alone, and every one improved, showing “efficacy…comparable to corticosteroid therapy,” but without any side effects.

If turmeric curcumin works for mild eye inflammation and serious eye inflammation, what about really serious eye inflammation, like idiopathic inflammatory orbital pseudotumours. Let’s break that down: “Idiopathic” means doctors have no idea what causes it—from the Greek idios, as in idiot. “Orbital” refers to the bony cavity that houses our eyeball, and “pseudotumor,” as in not really a tumor. A lot has changed since the study was published in 2000. “[I]nflammatory orbital pseudotumour is now generally attributed to low-grade non-Hodgkin’s lymphoma,” so it does appear to be a form of cancer. Well, what can curcumin do about it?

The researchers decided to look at curcumin because the available treatments are so toxic—steroids, radiation, and chemotherapy. In fact, all of the patients in the study were initially put on steroids but had to stop them because they either did not work or they had to be withdrawn because of complications. The researchers didn’t want to use radiation because they didn’t want to blind anyone. But they had to do something. All of the patients had so much swelling that they couldn’t move their eye as they normally would. If only there were some cheap, simple, and safe solution.

Four out of the five patients who completed the study with curcumin therapy had a full response, defined as complete recovery with no residual signs or symptoms. In fact, complete regression of the eye dislocation and swelling occurred in all five out of five patients, but one patient continued to suffer some residual effects.

Mind-blowing, don’t you think? For more on what turmeric can do, see:

Who Shouldn’t Consume Curcumin or Turmeric? Learn the answer to this excellent question by watching my video.

Is the whole spice or curcumin extract better? See Turmeric Curcumin: Plants vs. Pills and Boosting the Bioavailability of Curcumin.