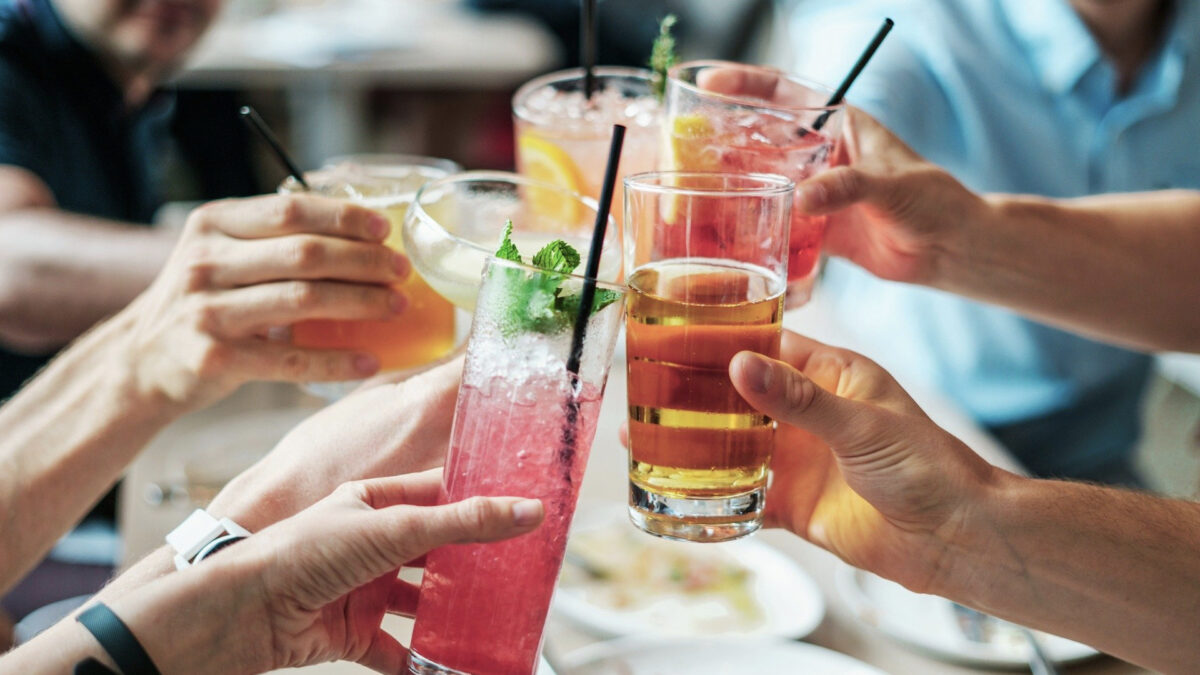 If even light drinking can cause cancer, why don’t doctors warn their patients about it?

As I discuss in my video Can Alcohol Cause Cancer?, we’ve known about “the possible association of the consumption of alcohol with excessive mortality from cancer” for more than a hundred years. Though there is “accumulating evidence that alcohol drinking is associated with…pancreas and prostate cancer and melanoma,” we’re pretty certain it “increases the risk of cancer of oral cavity [mouth] and pharynx [throat], oesophagus, colorectum, liver, larynx [voice box] and female breast.” Current estimates suggest alcohol causes about 5.8 percent of all cancer deaths in these organs worldwide.

Eating a healthy diet, however, may help modulate that risk. Though alcohol increases the risk of breast cancer, “a fiber-rich diet has the opposite effect,” so eating more whole plant foods may be able to “ease the adverse effects associated with alcohol consumption.” As well, “alcohol has been shown to increase sex hormone levels,” like estrogen, which may increase breast cancer risk, but the opposite effect is seen when eating fiber-rich foods. “Fiber may bind estrogen in the colon thus increasing the fecal excretion of estrogens”—that is, help flush them out of the body. Even so, there does not appear to be any level of alcohol consumption that is completely safe from a cancer standpoint.

This is why we see commentaries in the medical literature suggesting “consumption of alcohol, an addictive carcinogen, cannot be considered a healthy lifestyle choice!” “Thus, the final message on [alcohol] should be clear: It is toxic, carcinogenic, teratogenic [birth defect–causing], and potentially addictive. By arguing otherwise, scientists can give the alcohol lobby and advertisers the opportunity to manipulate scientific evidence to generate profits” over public health.

They do this by denying and distorting the evidence, while trying to distract the public’s attention. The alcohol industry, Big Booze, “appears to be engaged in the extensive misrepresentation of evidence about the alcohol-related risk of cancer,” activities that “have parallels with those of the tobacco industry,” Big Tobacco. These industries are somehow able to maintain an illusion of righteousness. “Alcohol and tobacco companies (like their junk food counterparts) increasingly seek to present themselves…as objective providers of health information about their products, and appropriate sources of educational resources for both adults and children…Health information and messages should come from health authorities, not the 21st century’s most successful drug peddlers.”

“Alcohol industries profit hugely from this disconnect and sometimes even appropriate the respectable cause of cancer prevention in order to promote their carcinogenic product. Case in point: Mike’s Hard Pink Lemonade. “Join the Fight” and “Drink Pink” are emblazoned on the six-pack, along with the pink breast cancer ribbon icon. More like “drink pink carcinogens!” “Mike’s Hard Lemonade (Mark Anthony Group) associated the creation of its Limited Edition Hard Pink Lemonade with the death of one of its employees from breast cancer.” In doing so, “ironically, it contributes to risk in the name of prevention.” Reminds me of KFC’s “Buckets for the Cure” campaign. If you don’t remember it, see for yourself at 3:21 in my video.

Cancer risk is one of the “things the alcohol industry won’t tell you,” but why doesn’t your doctor tell you? There is relatively little public awareness of the link, and the medical community remains largely silent. The medical profession may be getting more hip to corporate conflicts of interest in general, but “why are we ignoring the alcohol industry?”

“Why is alcohol cancer’s best-kept secret?” Maybe it’s because the doctors are drinkers themselves and want to remain in “denial…that alcohol causes cancer.”

The industry “has identified the alcohol-causes-cancer message as a considerable threat. These powerful entities have a vested interest in maintaining the status quo of relative ignorance, uncertainty and denial among the general population and their trusted health advisers. In the face of this, it is time that health professionals set aside any leanings that might stem from their own drinking—good or bad—and convey unreservedly to their patients and the communities they serve that alcohol-causes-cancer.”

Cancer is only our second highest killer. The top killer is heart disease, so what about the French paradox? Doesn’t moderate drinking protect against cardiovascular disease? In that case, isn’t some alcohol beneficial overall? These are exactly the kinds of questions I set out to address in this four-part video series, which also includes.

I previously explore breast cancer specifically in my videos Breast Cancer and Alcohol: How Much Is Safe? and Breast Cancer Risk: Red Wine vs. White Wine.

Additional videos that speak to the connections between alcohol and cancer include Preventing Skin Cancer from the Inside Out and The Best Advice on Diet and Cancer.