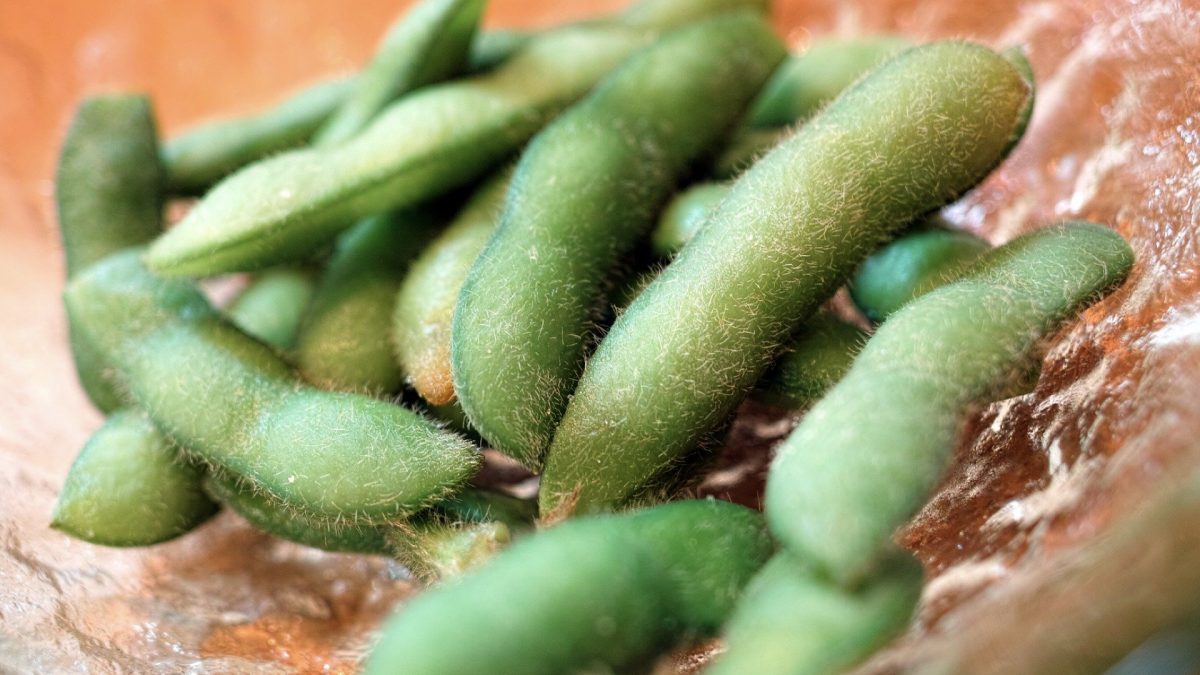 As I discuss in my video The Role of Soy Foods in Prostate Cancer Prevention and Treatment, a compilation of 13 observational studies on soy food consumption and the risk of prostate cancer found that soy foods appear to be “protective.” What are observational studies? As opposed to interventional studies, in observational studies, researchers observe what people are eating but don’t intervene and try to change their diets. In these studies, they observed that men who ate more soy foods had lower rates of prostate cancer, but the problem with observational studies is that there could be confounding factors. For example, “people who choose to eat soy also make other lifestyle decisions that lower the risk of cancer (e.g., lower fat intake, higher vegetable and fruit intake, more frequent exercise),” maybe that is why they have less cancer. Most of the studies tried to control for these other lifestyle factors, but you can’t control for everything. What’s more, most of the studies were done in Asia, so maybe tofu consumption is just a sign of eating a more traditional diet. Is it possible that the reason non-tofu consumers got more cancer is that they had abandoned their traditional diet? If only we could look at a Western population that ate a lot of soy. We can: the Seventh-Day Adventists.

In the 1970s, more than 12,000 Adventist men were asked about their use of soy milk and then were followed for up to 16 years to see who got cancer and who did not. So, what did they find? Frequent consumption of soy milk was associated with a whopping 70 percent reduction of the risk of prostate cancer, as you can see at 1:33 in my video. Similarly, in a multiethnic study that involved a number of groups, soy intake appeared protective in Latinos, too.

Prostate cells carry beta type estrogen receptors, which appear to act as a tumor suppressor, a kind of “gatekeeper…inhibiting invasion, proliferation and…preventing” the prostate cells from turning cancerous. And, those are the receptors targeted by the phytoestrogens in soy, like genistein, which inhibits prostate cancer cell invasion and spread in a petri dish at the kind of levels one might get consuming soy foods. The prevention of metastases is critical, as death from prostate cancer isn’t caused by the original tumor, but its spread throughout the body, which explains why it “is recommended that men with prostate cancer consume soy foods, such as soybeans, tofu, miso and tempeh.”

Wait a moment. Dean Ornish and his colleagues got amazing results, apparently reversing the progression of prostate cancer with a plant-based diet and lifestyle program. Was it because of the soy? Their study didn’t just include a vegan diet, but a vegan diet supplemented with a daily serving of tofu and a soy protein isolate powder. There have been studies showing that men given soy protein powders develop less prostate cancer than the control group, but what was the control group getting? Milk protein powder. Those randomized to the milk group got six times more prostate cancer than the soy group, but was that due to the beneficial effects of soy or the deleterious effects of the dairy? Dairy products are not just associated with getting prostate cancer, but also with dying from prostate cancer. Men diagnosed with prostate cancer who then ate more dairy tended to die sooner, and “both low-fat and high-fat dairy consumption were positively associated with an increased risk of fatal outcome.”

The best study we have on soy protein powder supplementation for prostate cancer patients found no significant benefit, and neither did a series of soy phytoestrogen dietary supplements. But, perhaps that’s because they used isolated soy components rather than a whole soy food. “Taking the whole-food approach may be more efficacious,” but it can be hard to do controlled studies with whole foods: You can make fake pills, but how do you give people placebo tofu?

A group of Australian researchers creatively came up with a specially manufactured bread containing soy grits to compare to a placebo regular bread and gave slices to men diagnosed with prostate cancer awaiting surgery. As you can see at 4:31 in my video, they saw a remarkable difference in just about three weeks time. It was the first study to show that a diet incorporating a whole soy food could favorably affect prostate cancer markers, but you can’t just go out and buy soy grit bread. Another study was a little more practical. Twenty men with prostate cancer who had been treated with radiation or surgery but seemed to be relapsing were asked to drink three cups of regular soy milk a day. The PSA levels in each of the 20 patients were all rising before they started the soy milk, suggesting they had relapsing or metastatic cancer growing inside of them. However, during a year drinking soy milk, 6 out of the 20 subjects got better, 2 got worse, and the remaining 12 remained unchanged, as you can see from 5:02 in my video. So, they concluded that soy food may help in a subset of patients.

Based on all these studies, the results Ornish and his colleagues got were probably due to more than just the soy. Similarly, the low prostate cancer rates in Asia are probably because of more than just the soy, since the lowest rates are also found in parts of Africa, where I don’t think they’re eating a lot of tofu. Indeed, in the multiethnic study, other types of beans besides soy also appeared protective for Latinos and all the groups put together, when looking at the most aggressive forms of prostate cancer. So, the protection associated with plant-based diets may be due to eating a variety of healthy foods.

That soy milk stat from the Adventist study is astounding. What about fermented soy foods, though? That was the subject of Fermented or Unfermented Soy Foods for Prostate Cancer Prevention?.

Reversing the progression of cancer? See How Not to Die from Cancer.

Given the power of diet, it’s amazing to me how difficult Changing a Man’s Diet After a Prostate Cancer Diagnosis can be. It’s not all or nothing, though. Check out Prostate Cancer Survival: The A/V Ratio.