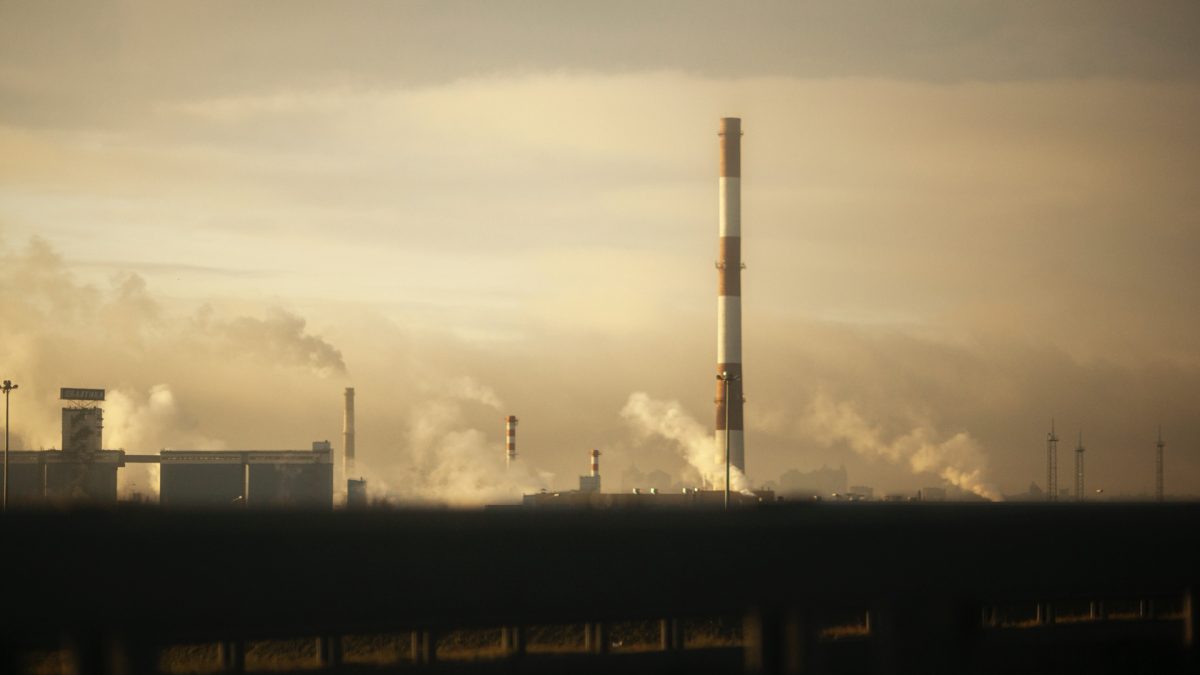 There is a food that offers the best of both worlds—significantly improving our ability to detox carcinogens like diesel fumes and decreasing inflammation in our airways—all while improving our respiratory defenses against infections.

Outdoor air pollution may be the ninth leading cause of death and disability in the world, responsible for millions of deaths from lung cancer, emphysema, heart disease, stroke, and respiratory infection. In the United States, living in a polluted city was associated with 16, 27, and 28 percent increases in total, cardiovascular, and lung cancer deaths, compared to living in a city with cleaner air. As well, living in a city with polluted air may lead to up to a 75 percent increase in the risk of a heart attack. “Additionally, the possibility of dying in a traffic jam is two and a half times greater in a polluted city.” No one wants to be living in a traffic jam, but it’s better than dying in one.

In addition to causing deaths, air pollution is also the cause of a number of health problems. It may not only exacerbate asthma but also increase the risk of developing asthma in the first place. These pollutants may trigger liver disease and even increase the risk of diabetes. Indeed, “even when atmospheric pollutants are within legally established limits, they can be harmful to health.” So, what can we do about it?

Paper after paper have described all the terrible things air pollution can do to us, but “most…failed to mention public policy. Therefore, while science is making great strides in demonstrating the harmful effects of atmospheric pollution on human health, public authorities are not using these data” to reduce emissions, as such measures might inconvenience the population “and, therefore, might not be politically acceptable.” We need better vehicle inspections, efficient public transport, bus lanes, bicycle lanes, and even urban tolls to help clean up the air, but, while we’re waiting for all of that, is there anything we can do to protect ourselves?

As I discuss in my video Best Food to Counter the Effects of Air Pollution, our body naturally has detoxifying enzymes, not only in our liver, but also lining our airways. Studies show that people born with less effective detox enzymes have an exaggerated allergic response to diesel exhaust, suggesting that these enzymes actively combat the inflammation caused by pollutants in the air. A significant part of the population has these substandard forms of the enzyme, but, either way, what can we do to boost the activity of whichever detoxification enzymes we do have?

One of my previous videos Prolonged Liver Function Enhancement from Broccoli investigated how broccoli can dramatically boost the activity of the detox enzymes in our liver, but what about our lungs? Researchers fed some smokers a large stalk of broccoli every day for ten days to see if it would affect the level of inflammation within their bodies. Why smokers? Smoking is so inflammatory that you can have elevated C-reactive protein (CRP) levels for up to 30 years after quitting, and that inflammation can start almost immediately after you start smoking, so it’s critical to never start in the first place. If you do, though, you can cut your level of that inflammation biomarker CRP nearly in half after just ten days eating a lot of broccoli. Broccoli appears to cut inflammation in nonsmokers as well, which may explain in part why eating more than two cups of broccoli, cabbage, cauliflower, kale, or other cruciferous veggies a day is associated with a 20 percent reduced risk of dying, compared to eating a third of a cup a day or less, as you can see at 3:41 in my video.

What about air pollution? We know that the cruciferous compound “is the most potent known inducer” of our detox enzymes, so most of the research has been on its ability to fight cancer. But, for the first time, researchers tried to see if it could combat the pro-inflammatory impact of pollutants, such as diesel exhaust. They put some human lung lining cells in a petri dish, and, as you can see at 4:11 in my video, the number of detox enzymes produced after dripping on some broccoli goodness skyrocketed. Yes, but we don’t inhale broccoli or snort it. We eat it. Can it still get into our lungs and help? Yes. After two days of broccoli sprout consumption, researchers took some cells out of the subjects’ noses and found up to 100 times more detox enzyme expression compared to eating a non-cruciferous vegetable, alfalfa sprouts. If only we could squirt some diesel exhaust up people’s noses. That’s just what some UCLA researchers did, at an amount equal to daily rush hour exposure on a Los Angeles freeway. Within six hours, the number of inflammatory cells in their nose shot up and continued to rise. But, in the group who had been getting a broccoli sprout extract, the inflammation went down and stayed down, as you can see at 4:58 in my video.

Since the dose in those studies is equivalent to the consumption of one or two cups of broccoli, their study “demonstrates the potential preventive and therapeutic potential of broccoli or broccoli sprouts,” but if broccoli is so powerful at suppressing this inflammatory immune response, might it interfere with normal immune function? After all, the battle with viruses like influenza can happen in the nose. So what happens when some flu viruses are dripped into the nostrils of broccoli-sprout eaters compared with people consuming non-cruciferous alfalfa sprouts? After eating broccoli sprouts, we get the best of both worlds—less inflammation and an improved immune response. As you can see at 5:55 in my video, after eating alfalfa sprouts, there is a viral spike in their nose. After eating a package of broccoli sprouts every day, however, our body is able to keep the virus in check, potentially offering “a safe, low-cost strategy for reducing influenza risk among smokers and other at risk populations.”

So, better immune function, yet less inflammation, potentially reducing the impact of pollution on allergic disease and asthma, at least for an “enthusiastic broccoli consumer.” But what about cancer and detoxifying air pollutants throughout the rest of our body? We didn’t know, until now. Off to China, where “levels of outdoor air pollution…are among the highest in the world.” By day one, those getting broccoli sprouts were able to get rid of 60 percent more benzene from their bodies. “The key finding…was the observed rapid and highly durable elevation of the detoxification of… a known human carcinogen.” Now, this was using broccoli sprouts, which are highly concentrated, equivalent to about five cups of broccoli a day, so we don’t know how well more modest doses would work. But if they do, eating broccoli could “provide a frugal means to attenuate…the long-term health risks” of air pollution. More on air pollution here.

I’ve been reading about the terrible effects of air pollution for a long time and I am thrilled there’s something we can do other than uprooting our families and moving out to the countryside.

For more on Cooking Greens: How to Cook Greens and Best Way to Cook Vegetables.

What about broccoli sprout pills? See Broccoli: Sprouts vs. Supplements.

Speaking of respiratory inflammation, what about dietary approaches to asthma? Learn more:

There are sources of indoor pollution, too. See Throw Household Products Off the Scent.

There is one way what we eat can directly impact air pollution, beyond just personal protection. Check out Flashback Friday: Diet and Climate Change: Cooking Up a Storm.