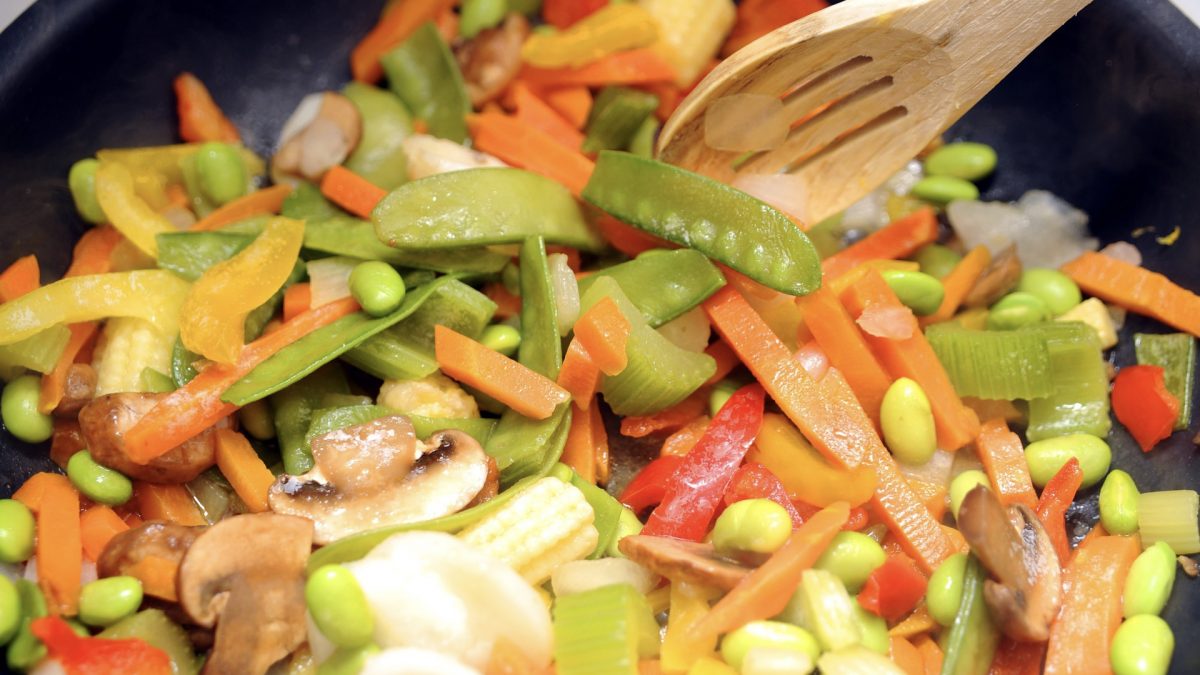 How might we improve immune function in children and adults under physical or psychological stress?

“Natural immunomodulators”—compounds that might regulate our immune systems naturally—”are getting more and more popular. The popularity, however, often brings over-optimistic claims and mediocre effects.” Such mythical beasts have been sought after for centuries. The current market is full of all sorts of supplements “promising the golden fleece”—inexpensive and without side effects, yet actively boosting our immune systems. “Many are simply repeating claims with hardly any substantial scientific background” to support them. On the other hand, there’s beta-glucan, which has undergone more than 10,000 scientific studies and clinical trials. Wait, what? If you remember, beta-glucan is the fiber in nutritional yeast I talked about previously in my video Preserving Immune Function in Athletes with Nutritional Yeast, and it is able to decrease episodes of common illnesses in young children. What about in adults?

But, first, why can’t researchers just come up with a vaccine against the common cold virus? Because there is no single common cold virus. Hundreds of different viruses are implicated in causing cold-like symptoms, which is why there is so much interest in finding a general, nonspecific immune booster that works across the board, as I discuss in my video Flashback Friday: Best Food to Counter Stress-Induced Immune Suppression.

Immunoglobulin A (IgA) is an antibody that plays a crucial role in the immune function of our moist membranes, such as our eyes, nose, and mouth. As you can see at 1:27 in my video, beta-glucan supplementation can increase IgA levels in the saliva within four days at a daily dose of 400mg, but not at 100mg. So, the effective amount is found in about two daily teaspoons of nutritional yeast, but a half teaspoon is ineffective. A single teaspoon’s worth didn’t do much until research participants exercised. As you can see at 1:48 in my video, two hours after a 50–minute bout of strenuous cycling in a hot, humid environment, those who had been on the yeast beta-glucan did get that IgA boost. However, beta-glucans failed to boost the antimicrobial activity of white blood cells of subjects who had been taking about a tablespoon’s worth a day, as you can see at 2:06 in my video. What we care about, though, are clinical outcomes. Do those consuming beta-glucans suffer significantly fewer infections?

How about a double-blind, randomized, placebo-controlled nutritional study to see if yeast beta-glucan can improve our immune defense system? Sounds good! One hundred people were followed for 26 weeks. Fifty subjects got about a tablespoon of nutritional yeast’s worth of beta-glucan a day, and the other half got a placebo. Participants counted how many episodes of the common cold they got, and there was no significant difference. If you look only at the first half of the study duration, during cold season, there did appear to be fewer infections in the beta-glucan group, but going back and looking at your data after the fact is what’s called a post-hoc analysis, which is frowned upon by the scientific community because it increases the likelihood that your findings are due to chance. However, those who did end up getting sick while on the beta-glucan did genuinely appear to suffer milder symptoms, as you can see at 3:09 in my video. A similar, larger study had similar findings. The severity of the colds may have lessened, but, in the main analysis, there was no significant difference in the number of times people got colds in the first place.

Indeed, “no significant differences between the treatment and placebo groups in the number of SRI [symptomatic respiratory infection] episodes” were seen in other studies, and there was no significant effect on upper respiratory tract infection outcomes either. So, overall, the results were pretty disappointing.

But, wait a second. What about my previous video that I mentioned at the start of this article? The one about preserving immune function in athletes with nutritional yeast. In that video, I had discussed how researchers had found a significant drop in cold symptoms at two weeks and at four weeks after a marathon at doses of one teaspoon of yeast’s worth of beta-glucan a day and also at two teaspoons’ worth. Okay, the subjects had just run a marathon, though…but, wait. Remember the study where the effect only seemed to emerge after strenuous exercise? That’s where beta-glucan seems to shine: counteracting the toll that extreme physical exertion can have on our immune function.

In an athlete, that may just mean some lost training or practice days, but for soldiers or firefighters, for example, maintaining one’s health—even in the context of heavy physical stress—could be critical. Yes, but that’s counteracting the effects of physical stress. What about mental stress?

Stressful life events can impair our moist membrane defenses, such that “psychological stress [has] been shown to increase susceptibility to the common cold and increased upper respiratory tract infection (URTI) episodes.” So we’re talking stressed-out people getting more colds and worse colds than people under less stress. Can beta-glucan help in any way? Indeed, in a study of healthy women under “moderate levels of psychological stress,” those taking about a teaspoon of nutritional yeast’s worth of beta-glucans every day for 12 weeks were 60 percent less likely to report experiencing symptoms like a sore throat, stuffy or runny nose, or cough. “This strongly suggests that…yeast beta-glucan is able to counteract the negative effects of stress on the immune system,” and, as you can see at 5:24 in my video, the subjects on beta-glucan experienced 41 percent greater vigor, which is a measure that encompasses “physical energy, mental acuity, and emotional well-being.” So, they just felt better, too.

When we put all the studies together, yeast beta-glucans do appear to have “an immune strengthening effect,” at least in children and those under physical or mental stress.

Best Food to Prevent Common Childhood Infections is the video I produced about child immune function. What about the Benefits of Nutritional Yeast for Cancer?

Some people probably should not eat nutritional yeast, though. See:

To learn more about foods that may help support optimal immune function, see: