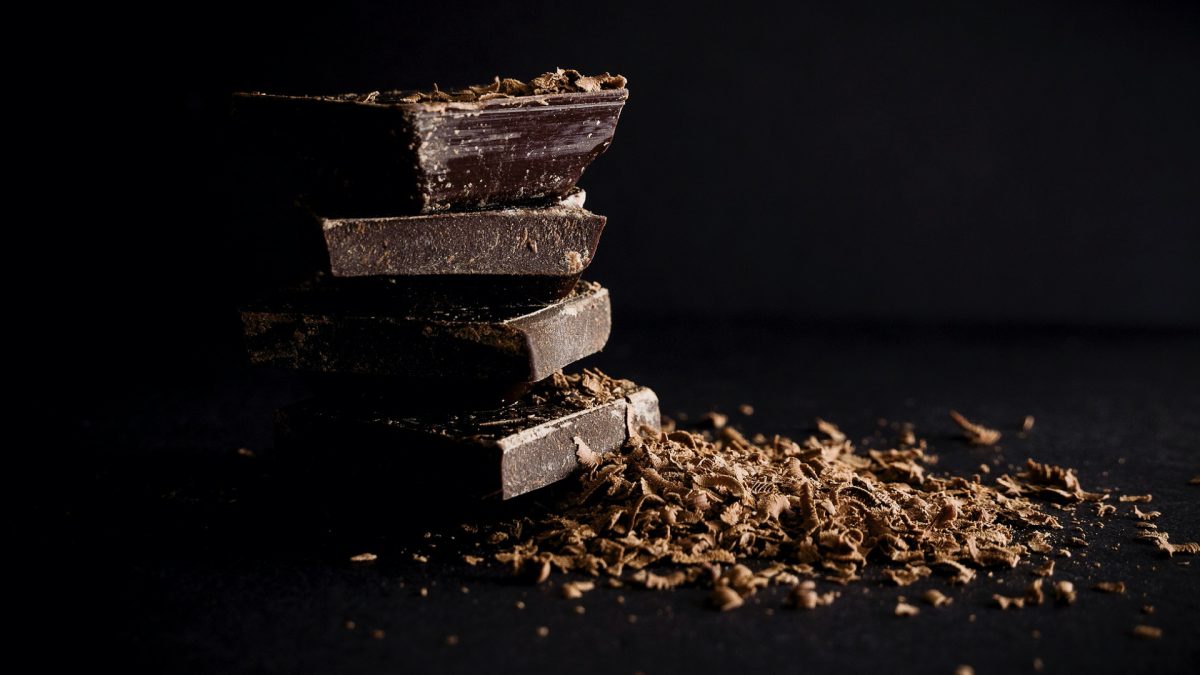 One of the problems with publishing research on chocolate is that the press jumps on it, oversimplifying and sensationalizing the message, and then the money starts rolling in from candy companies and the message is muddied even more. As a result, an important idea is lost in all the frenzy: The flavanol phytonutrients in cocoa appear to be beneficial, as I discuss in my video Chocolate and Stroke Risk. Though the sugar, fat, and excess calories in chocolate aren’t good for us, “natural cocoa powder can be a health food.” So, adding cocoa to a smoothie or oatmeal, for example, would be health-promoting. Try to use unprocessed, undutched cocoa, though. The beneficial flavanols are what give cocoa its bitterness, so manufacturers try to process cocoa with alkali to destroy them on purpose. Thus, when it comes to cocoa, bitter appears to be better.

In my previous video Dark Chocolate and Artery Function, you can see how high-tech angiography showed that dark chocolate could improve the function of coronary arteries in the heart within two hours of consumption, but there are some blood vessels you can visualize with your own eyes: the blood vessels in your eyes. Two hours after eating dark chocolate, as I show at 1:18 in my Chocolate and Stroke Risk video, you can observe a significant improvement in the ability of the little veins in your eyes to dilate.

What about the blood vessels in our legs? Peripheral artery disease (PAD) is atherosclerosis in the arteries feeding our limbs, which leads to claudication, a crampy pain in our calf muscles when we try to exercise, due to impaired blood flow. So, maximal walking distance and time were studied in 20 PAD patients two hours after subjects ate either dark chocolate with at least 85 percent cocoa or milk chocolate with no more than 35 percent cocoa. After eating the dark chocolate, the subjects could walk about a dozen more yards and about 17 seconds longer than before they had the dark chocolate. In comparison, after the milk chocolate, they weren’t even able to walk as far as baseline and not for a single second longer. So, there does seem to be something in cocoa that’s helping, but a few seconds here and there isn’t much to write home about. How about reversing the atherosclerosis, which we didn’t even think was even possible until 1977.

What have researchers observed regarding the arteries going to the brain? There is a noninvasive way to measure arterial function within the brain using transcranial ultrasound. At 2:49 in my video, you can see a chart of what happens when we hold our breath. Once we start, our brain starts opening up the arteries to increase blood flow to compensate. If the arteries in our brain are stiffened and crippled by atherosclerosis, however, they’re unable to open as much and as fast as they should, and so are said to have a smaller “breath holding index,” which can be a risk factor for stroke. So, researchers designed an experiment in which they compared the results of a target food to something neutral, like oatmeal. What target food did they choose? A spoonful of cocoa powder or something? No. They chose a randomized crossover trial of oatmeal versus a deep-fried Mars bar.

Why a deep-fried Mars bar? The study was published in the Scottish Medical Journal, and, evidently, the “deep-fried Mars bar (DFMB) is a snack…strongly associate[d] with Scotland.” Really? Yes, really. Researchers phoned a total of 627 fish and chips shops in Scotland “to ascertain the delicacy’s availability.” More than one in five shops said they did carry deep-fried Mars bars and sold up to 200 a week. (Batter-dipped and deep-dried Snickers was evidently less popular.) The researchers “conclude[d] that Scotland’s deep-fried Mars bars is not just an urban myth. Encouragingly, [they] did also find some evidence of the penetrance of the Mediterranean diet into Scotland, albeit in the form of deep-fried pizza.”

Could this be contributing to Scotland having among the highest stroke rates in Europe?  Interestingly, there was a significant drop in men compared to women, which you can see at 4:29 in my video. Maybe men are from Mars and women are from Snickers? Regardless, what about chocolate that’s not deep-fried? There have been a few population studies that have followed people over time that found that those who ate chocolate appeared to have lower stroke rates, which has since been confirmed by another study. Is it possible, though, that chocolate consumption just happens to be related to other behaviors that are heart- and brain-healthy? Maybe people who exercise a lot have to eat more food, so maybe they eat more chocolate? Researchers didn’t see any evidence of that, but you can’t account for everything. To prove cause and effect, people would need to be randomized into two groups, with half eating chocolate and the other half not, and then followed for a decade or two. To this, one researcher replied that “it would be hard to gain consent from most people to the possibility of being randomized to a ‘no chocolate’ arm. How many people would agree to forego chocolate for a ‘sufficiently long follow-up period’?” Ten to twenty years without chocolate is a pretty long time.

For more on stroke prevention, check out:

The Effects of Too Much Arsenic in the Diet