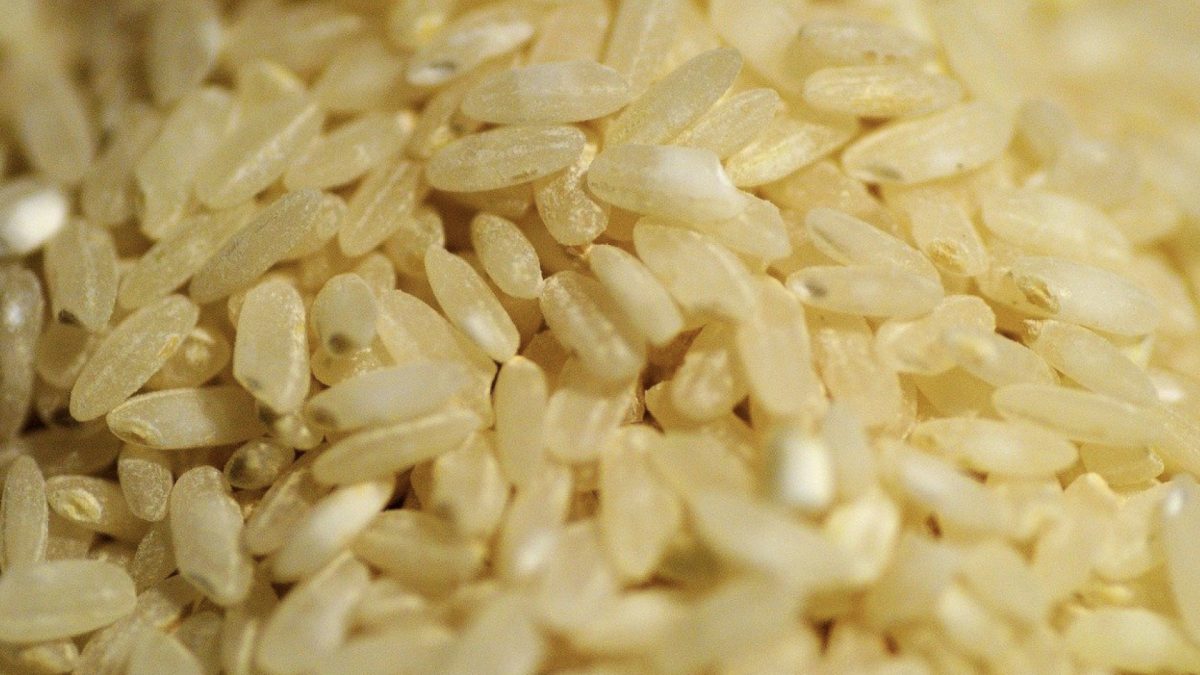 Are there unique benefits to brown rice that would justify keeping it in our diet despite the arsenic content?

For years, warnings had been given about the arsenic levels in U.S. rice potentially increasing cancer risk, but it had never been put to the test until a study out of Harvard. The finding? “Long-term consumption of total rice, white rice or brown rice[,] was not associated with risk of developing cancer in US men and women.” This was heralded as good news. Indeed, no increased cancer risk found even among those eating five or more servings of rice per week. But, wait a second: Brown rice is a whole grain, a whole plant food. Shouldn’t brown rice be protective and not just neutral? I discuss this in my video Do the Pros of Brown Rice Outweigh the Cons of Arsenic?.

If you look at whole grains in general, there is “a significant inverse”—or protective—“association between total whole-grain intake and risk of mortality from total cancers,” that is, dying from cancer. My Daily Dozen recommendation of at least three servings of whole grains a day was associated with a 10 percent lower risk of dying from cancer, a 25 percent lower risk of dying from heart attacks or strokes, and a 17 percent lower risk of dying prematurely across the board, whereas rice consumption in general was not associated with mortality and was not found to be protective against heart disease or stroke. So, maybe this lack of protection means that the arsenic in rice is increasing disease risk, so much so that it’s cancelling out some of the benefits of whole-grain brown rice.

Consumer Reports suggested moderating one’s intake of even brown rice, but, given the arsenic problem, is there any reason we should go out of our way to retain any rice in our diet at all? With all of the other whole grain options out there, should we just skip the rice completely? Or, are there some unique benefits we can get from rice that would justify continuing to eat it, even though it has ten times more arsenic than other grains?

One study showed that “a brown rice based vegan diet” beat out the conventional Diabetes Association diet, even after adjusting for the extra belly fat lost by the subjects on the vegan diet, but that may have been due to the plant-based nature of their diet rather than just how brown rice-based it was.

Another study found a profound improvement in insulin levels after just five days eating brown rice compared to white rice, but was that just because the white rice made people worse? No, the brown rice improved things on its own, but the study was done with a South Indian population eating a lot of white rice to begin with, so this may have indeed been at least in part a substitution effect. And yet another study showed that instructing people to eat about a cup of brown rice a day “could significantly reduce weight, waist and hip circumference, BMI, Diastole blood pressure,” and inflammation—and not just because it was compared to white. However, a larger, longer study failed to see much more than a blood pressure benefit, which was almost as impressive in the white-rice group, so, overall, not too much to write home about.

Then, another study rolled around—probably the single most important study on the pro-rice side—showing a significant improvement in artery function after eight weeks of eating about a daily cup of brown rice, but not white, as you can see at 3:18 in my video, and sometimes even acutely. If you give someone a meal with saturated fat and white rice, you can get a drop in artery function within an hour of consumption if you have some obesity-related metabolic derangements. But, if you give brown rice instead of white, artery function appears protected against the adverse effects of the meal. Okay, so brown rice does show benefits in interventional studies, but the question is whether it shows unique benefits. Instead, what about oatmeal or whole wheat?

Well, first, researchers needed to design an artery-crippling meal, high in saturated fat. They went with a Haagen Daaz, coconut cream, and egg milkshake given with a bowl of oatmeal or “a comparable bowl of whole rolled wheat.” What do you think happened? Do you think these whole grains blocked the artery-damaging effects like the brown rice did? The whole oats worked, but the whole wheat did not. So, one could argue that brown rice may have an edge over whole wheat. Do oats also have that beneficial long-term effect that brown rice did? The benefit was of a similar magnitude but did not reach statistical significance.

So, what’s the bottom line? Until we know more, my current thinking on the matter is that if you really like rice, you can moderate your risk by cutting down, choosing lower arsenic varieties, and cooking it in a way to lower exposure even further. But, if you like other whole grains just as much and don’t really care if you have rice versus quinoa or another grain, I’d choose the lower arsenic option.

Tada! Done with arsenic in the food supply—for now. Should the situation change, I’ll produce another video on the latest news. Make sure you’re subscribed so you don’t miss any updates.

Here are all 13 videos in the series, in case you missed any or want to go back and review:

And you may be interested in Benefits of Turmeric for Arsenic Exposure.