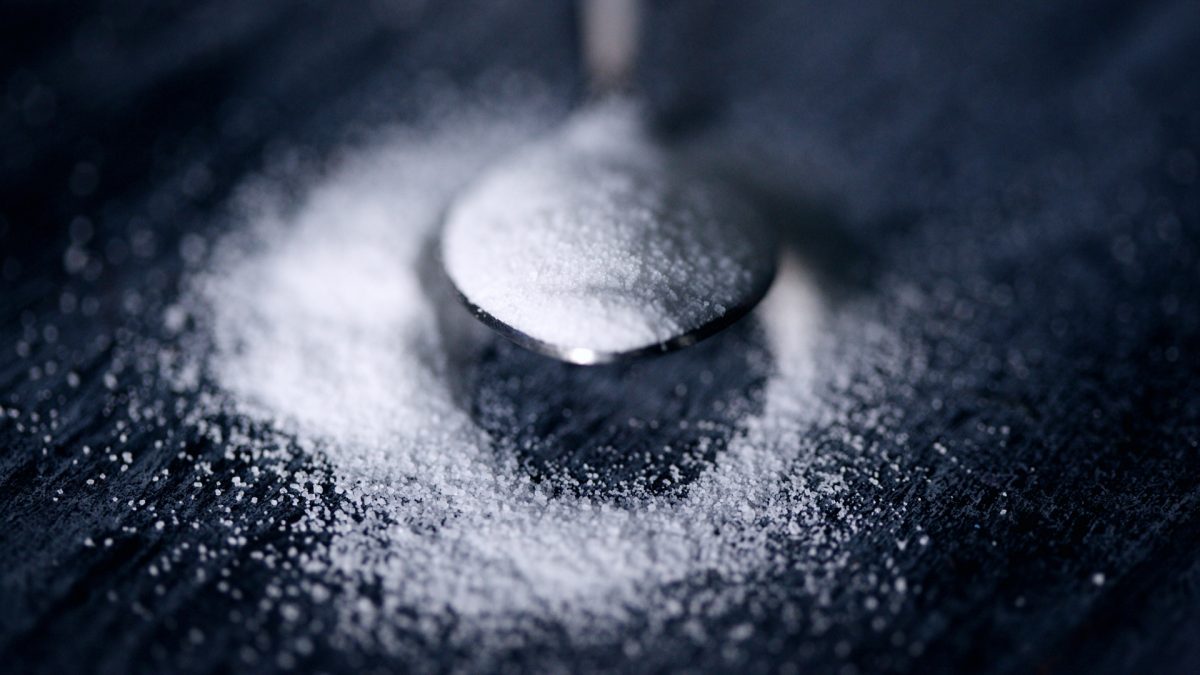 The approval of aspartame has a controversial history. The Commissioner of the U.S. Food and Drug Administration (FDA) concluded that “there is a reasonable certainty that human consumption of aspartame: (1) …will not pose a risk of brain damage resulting in mental retardation, endocrine [hormonal] dysfunction, or both; and (2) will not cause brain tumors.” However, the FDA’s own Public Board of Inquiry withdrew their approval over cancer concerns. “Further, several FDA scientists advised against the approval of aspartame, citing…[the aspartame company’s] own brain tumor tests…” Regardless, the Commissioner approved aspartame before he left the FDA and went on to enjoy a thousand-dollar-a-day consultancy position with the aspartame company’s PR firm. Then, the FDA actually prevented the National Toxicology Program (NTP) from doing further cancer testing. As I discuss in my video Does Aspartame Cause Cancer? we were then left with people battling over different rodent studies, some of which showed increased cancer risk, while others didn’t.

This reminds me of the saccharin story. That artificial sweetener caused bladder cancer in rats but not mice, leaving us “to determine whether humans are like the rat or like the mouse.” Clearly, we had to put the aspartame question to the test in people, but the longest human safety study lasted only 18 weeks. We needed better human data.

Since the largest rat study highlighted lymphomas and leukemias, the NIH-AARP study tracked blood cancer diagnoses and found that “[h]igher levels of aspartame intake were not associated with the risk of…cancer.” Although the NIH-AARP study was massive, it was criticized for only evaluating relatively short-term exposure. Indeed, people were only studied for five years, which is certainly better than 18 weeks, but how about 18 years?

All eyes turned to Harvard, where researchers had started following the health and diets of medical professionals before aspartame had even entered the market. “In the most comprehensive long-term [population] study…to evaluate the association between aspartame intake and cancer risk in humans,” they found a “positive association between diet soda and total aspartame intake and risks of [non-Hodgkin’s lymphoma] and multiple myeloma in men and leukemia in both men and women,” as you can see at 2:12 in my video. Why more cancer in men than women? A similar result was found for pancreatic cancer and diet soda, but not soda in general. In fact, the only sugar tied to pancreatic cancer risk was the milk sugar, lactose. The male/female discrepancy could have simply been a statistical fluke, but the researchers decided to dig a little deeper.

Aspartame is broken down into methanol, which is turned into formaldehyde, “a documented human carcinogen,” by the enzyme alcohol dehydrogenase.The same enzyme that detoxifies regular alcohol is the very same enzyme that converts methanol to formaldehyde. Is it possible men just have higher levels of this enzyme than women? Yes, which is why women get higher blood alcohol levels than men drinking the same amount of alcohol. If you look at liver samples from men and women, you can see significantly greater enzyme activity in the men, so perhaps the higher conversion rates from aspartame to formaldehyde explain the increased cancer risk in men? How do we test this?

Ethanol—regular alcohol—competes with methanol for this same enzyme’s attention. In fact, regular alcohol is actually “used as an antidote for methanol poisoning.” So, if this formaldehyde theory is correct, men who don’t drink alcohol or drink very little may have higher formaldehyde conversion rates from aspartame. And, indeed, consistent with this line of reasoning, the men who drank the least amounts of alcohol appeared to have the greatest cancer risk from aspartame.

A third cohort study has since been published and found no increased lymphoma risk associated with diet soda during a ten-year follow-up period. So, no risk was detected in the 18-week study, the 5-year study, or the 10-year study—only in the 18-year study. What should we make of all this?

Some have called for a re-evaluation of the safety of aspartame. The horse is kind of out of the barn at this point with 34 million pounds of aspartame produced annually, but that doesn’t mean we have to eat it, especially, perhaps, pregnant women and children.

For more information on the effects of aspartame, watch my videos Aspartame and the Brain and Aspartame-Induced Fibromyalgia. Interested in learning more about the effects of consuming diet soda? See, for example:

What about Splenda? Or monk fruit sweetener? I have videos on those, too—watch Effect of Sucralose (Splenda) on the Microbiome and Is Monk Fruit Sweetener Safe?.

I also do a comparison of the most popular sweeteners on the market, including stevia and xylitol, in my video A Harmless Artificial Sweetener.

Perhaps the best candidate is erythritol, which you can learn about in my video Erythritol May Be a Sweet Antioxidant. That said, it’s probably better if we get away from all intense sweeteners, artificial or not. See my video Unsweetening the Diet for more on this.