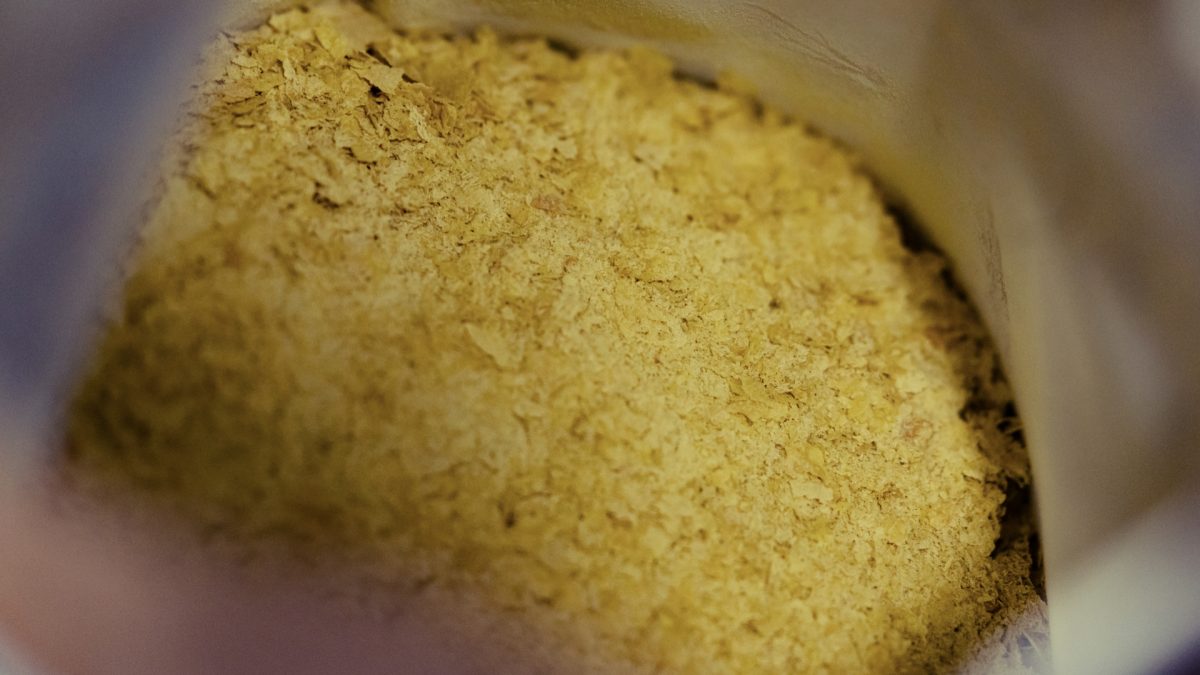 Is the exaggerated reaction of many Crohn’s disease patients to baker’s, brewer’s, and nutritional yeast just a consequence of their inflamed leaky gut, or might the yeast be a contributing cause?

It all started with a study published in 1988 that showed that people with Crohn’s disease tend to have more antibodies to yeast than people without Crohn’s, as you can see at 0:32 in my video. Antibodies are like homing devices our immune system makes to attack foreign invaders, and cell-mediated immunity, where our white blood cells attack invaders directly, is another part of our immune system. The same hypersensitive reaction to yeast was found in the white blood cells of Crohn’s disease patients, as well.

If you draw blood from healthy people—even bakers who are around yeast all the time—and then you expose their immune system’s white blood cells to yeast, nothing happens. The white blood cells just ignore the yeast because it’s typically harmless. But, “[i]n striking contrast with healthy controls,” if you do the same with Crohn’s disease patients, they show “a marked increase in their lymphocyte proliferation when exposed to yeast” as their white blood cells go crazy.

Now, when I say yeast is “typically harmless,” if you have cancer or AIDS or are immunocompromised, you could potentially get infected from home-brewed beer or probiotic yeast supplements, but researchers don’t think the yeast is actually infecting Crohn’s patients. People with Crohn’s may just be hypersensitive to exposure to the inactive, dead yeast in typical food products, which may help explain why they get better when they rest their bowels by fasting.

In fact, that’s why we add yeast extracts and proteins to vaccines as an adjuvant, an irritant like aluminum, to make the vaccines work better by heightening the immune response. But might that be raising the risk of autoimmune disease, boosting our immune response a little too much, especially in people who may be genetically susceptible, like those with Crohn’s?

Think about it: Crohn’s causes an inflamed, leaky gut, so maybe the Crohn’s came first and allowed yeast particles to leak into the bloodstream, which resulted in the anti-yeast reaction. Instead of the yeast reaction triggering the Crohn’s, maybe the Crohn’s triggered the yeast reaction. “Whether these antibodies are triggering IBD [inflammatory bowel disease] or are only a consequence of gut inflammation without a disease-aggravating role remained elusive.” How could we test it? If anti-yeast antibodies are just a consequence of food particles leaking through the gut, Crohn’s patients should have antibodies to all sorts of common foods, but they don’t. As you can see at 3:18 in my video, there were higher anti-yeast antibodies in Crohn’s disease patients compared with controls, but there was no greater reaction in Crohn’s patients to milk, wheat, or egg proteins, all of which would presumably leak through, too.

We can also look at it the other way. Instead of other foods, what about other inflammatory bowel disorders? Ulcerative colitis and acute gastroenteritis could cause guts to get inflamed and leaky, too, yet there is no increased yeast reaction. There does appear to be something unique about the relationship between yeast and Crohn’s, but might inflamed Crohn’s intestines just uniquely and selectively allow yeast through? If you cut out the Crohn’s, can you stop the yeast reaction? Crohn’s gets so bad that most patients have to go under the knife and get sections of their intestines removed. So, when the inflamed segments are removed, does the yeast reaction go away? No, as you can see at 4:18 in my video, there is no post-operative change. So, a change in Crohn’s activity doesn’t lead to a change in the yeast reaction, but we still have to prove that the yeast reaction comes first.

Thankfully, the Israeli military systematically draws blood from its recruits and follows their health for years, so we can go back and check the blood of newly diagnosed Crohn’s victims. And, indeed, those who went on to have Crohn’s were disproportionately reacting to yeast years earlier. So, it’s not as though yeast reactions were low until Crohn’s hit and then shot up. As you can see at 4:54 in my video, yeast reactivity crept up year after year before the diagnosis. It is possible there was some subclinical gut leakiness in the years preceding diagnosis that led to the yeast reaction, but there doesn’t appear to be any association between yeast reactivity and gut leakiness. Given that, do high blood levels of anti-yeast antibodies result from leakiness of the gut barrier in Crohn’s disease? No, that does not appear to be the case. So, if Crohn’s isn’t leading to the yeast reaction, does that mean the yeast reaction is leading to the Crohn’s?

Any time two things appear to be associated—in this case, reacting to yeast (X) and Crohn’s disease (Y)—they can appear tied together because X causes Y or Y causes X. Well, as we’ve discussed, it appears that Y, Crohn’s disease, does not cause X, a yeast reaction, but does that mean that X causes Y? There’s another option. There may be a third factor, Z, that causes both X and Y independently. Maybe the only reason yeast reactivity and Crohn’s disease appear to go together is that there’s a third factor causing them both—for instance, Candida, which I cover in my video Is Candida Syndrome Real?.

This is something I warned people about long ago on social media. It takes some time from when I first research a topic until the video is produced and uploaded to the site, so for breaking or important news, I rely on our Facebook, Twitter, Instagram, and YouTube channels to let everyone know as quickly as I can. Please consider following along and joining in on the conversation.

Warned about? So is yeast really a potential problem? Yes, and not just for Crohn’s. This is the first of a four-part video series. See also: