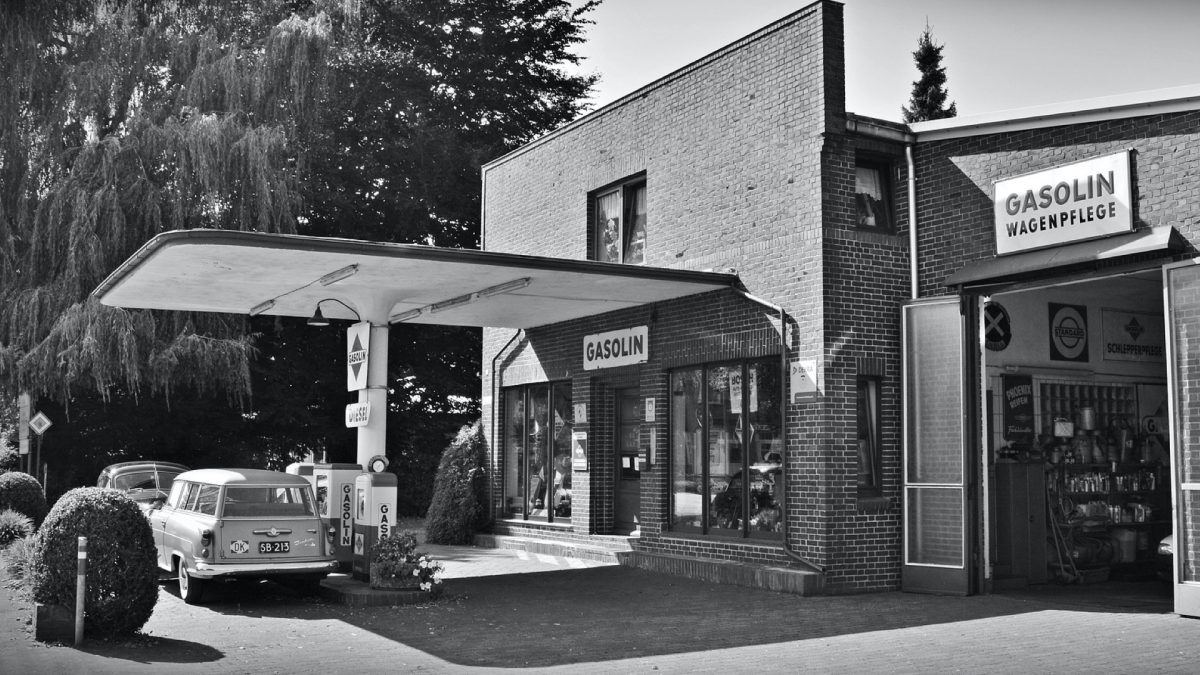 We have known for thousands of years that lead can be toxic and for more than a century that children could be poisoned by lead paint. Since those first cases, the “lead industry has mobilized against the advances of science,” as I discuss in my video How the Lead Paint Industry Got Away with It.

“The delay in banning lead-based paint in the United States was due largely to the marketing and lobbying efforts of the lead industry,” profiting from the poison. It knew it couldn’t hold off forever, but the industry boasted that its “victories have been in the deferral of implementation of…regulations.”

And now, “peeling paint turns into poisonous dust,” and guess where it ends up? As a Mount Sinai dean and a Harvard neurology professor put it: “Lead is a devastating poison. It damages children’s brains, erodes intelligence, diminishes creativity…” and judgment and language. Yet, despite the accumulating evidence, the lead industry didn’t just fail to warn people—“it engaged in an energetic promotion of lead paint.” After all, a can of pure white lead paint had huge amounts of lead, which meant huge profits for the industry.

But, as you can see in an old advertisement featured at 1:55 in my video, “[t]here is no cause for worry” if your toddler rubs up against lead paint, because those “fingerprint smudges or dirt spots” can be removed “easily without harming the paint.” Wouldn’t want to harm the paint. After all, “painted walls are sanitary…”

The director of the Lead Industry Association blamed the victims: “Childhood lead poisoning is essentially a problem of slum dwellings and relatively ignorant parents.”

“It seems that no amount of evidence, no health statistics, no public outrage could get industry to care that their lead paint was killing and poisoning children,” but how much public outrage was there really?

“It goes without saying that lead is a devastating, debilitating poison” and that “literally millions of children have been diagnosed with varying degrees of elevated blood lead levels…” Compare that to polio, for example. “In the 1950s, for example, fewer than sixty thousand new cases of polio per year created a near-panic among American parents and a national mobilization that led to vaccination campaigns that virtually wiped out the disease within a decade.” In contrast, despite “many millions of children [who have] had their lives altered for the worse by exposure to lead…[a]t no point in the past hundred years has there been a similar national mobilization over lead.” Today, after literally a century, the Centers for Disease Control and Prevention estimates over five hundred thousand children still suffer from “elevated blood-lead levels.”

The good news is that blood lead levels are in decline, which is celebrated as one of our great public health achievements. But, given what we knew, and for how long we knew, “it is presumptuous to declare the decline in childhood lead poisoning a public health victory.” Indeed, “even if we were victorious…it would be a victory diminished by our failure to learn from the epidemic and take steps to dramatically reduce exposures to other confirmed and suspected environmental toxicants as well as chemicals of uncertain toxicity.”

That’s one of the reasons I wanted to do this series on lead. We need to learn from our history so the next time some industry wants to sell something to our kids, we’ll stick to the science. And, of course, lead levels aren’t declining for everyone.

As the whistle-blowing pediatrician who helped expose the Flint drinking water crisis explained, “The people in Flint have a 20-year lower life expectancy than people in a neighboring suburb. We were already struggling with every barrier to our children’s success. Then we gave them lead.”

Her research showed that the switch in water supplies from the Great Lakes to the polluted Flint River “created a perfect storm” for lead contamination, doubling the percentage of kids with elevated lead levels in their blood, as you can see at 0:42 in my video How the Leaded Gas Industry Got Away with It, whereas out in the suburbs, where the water supply remained unchanged, children’s lead levels stayed about the same. That’s how she knew it was the switch in water supplies. That’s what broke the story of the Flint crisis: a doubling of elevated lead levels.

But wait a moment: Even before the switch from Lake Huron to the polluted Flint River, when everyone was getting the same water, lead levels in children in Flint were twice that of the suburbs. There was already a doubling in elevated lead levels in Flint and other poor communities around the country, but where have all the crisis headlines been? Indeed, even with all the bottled water in the world, the children in Flint will continue to live in a lead-polluted environment.

Many have pointed out the irony that the new water from the Flint River was “so corrosive” that the nearby General Motors plant switched back to a clean water source when it started noticing rust spots on its new parts, all while water quality complaints from Flint residents were being ignored. But, there is an additional irony: General Motors is a major reason why the world is so contaminated with lead in the first place, as GM invented leaded gasoline. “Shortly after manufacture began, workers…began to become floridly psychotic and die.”

“In the wake of blaring headlines” about the lead-poisoned workers, public health leaders “warned of the potential for damage to broad swaths of the population” posed by putting this “well established toxin” into gasoline, “into the daily lives of millions of people. Yet, despite these warnings, millions…were harmed…and this entirely preventable poisoning still occurs today.”

“Virtually all the lead in the environment is there as a result of human activity.” Because we put it there. It used to be locked away, deep underground or under the ocean, but that was before we drove it around the Earth. “In the early 1970s, 200,000 tons of lead was emitted from automobiles in the United States each year, mostly in urban areas.” Had lead not been added to gasoline, the industry would have had to use higher-octane gas, which is less profitable. So, the “oil and lead industries…successfully thwarted government efforts to limit lead in gasoline for 50 years.” But, how were they able to do that? “Early public health warnings were not heeded because the industry assured the scientific community and the public that there was no danger.” I could see how a gullible public might be swayed by slick PR, but how do you manipulate the scientific community? By manipulating the science.

“The lead industry was able to achieve its influence in large part by being the primary supporter of research on health effects of lead,” and it got the best science money could buy. “Long before Big Tobacco, the lead industry understood the inestimable value of purchasing ‘good science.’”

“Consequently, the vast majority of relevant studies of lead in gasoline published [for decades]…were favorable to the lead industries.” What’s more, they “even sent a delegation to try to convince the U.S. EPA administrator that the lead regulation was not necessary because they alleged lead was an essential mineral required for optimum growth and development.”

Of course, the exact opposite is true. Lead is toxic to development. There are, however, nutritional interventions that can help alleviate lead toxicity. For example, there are food components that can help decrease the absorption of lead and help flush it out of your body. I’ve produced a series of three videos on specific dietary interventions, such as particular foods to eat, but—spoiler alert—in general, “food patterns that reduce susceptibility to lead toxicity are consistent with the recommendations for a healthy diet.”

As soon as I learned about the unfolding crisis in Flint, Michigan, I knew I had to take a deep dive into the medical literature to see if there is anything these kids might be able to do diet-wise to reduce their body burden.

Most of the time when I cover a subject on NutritionFacts.org, I’ve addressed it previously, so I just have to research the new studies published in the interim. But I had never really looked deeply into lead poisoning before, so I was faced with more than a century of science to dig through. Yes, I did discover there were foods that could help, but I also learned about cautionary tales like this one about our shameful history with leaded paint. By learning this lesson, hopefully, we can put more critical thought into preventing future disasters that can arise when our society allows profits to be placed over people.

This is part of a series on lead. You can view the rest of the series here:

You may also be interested in How to Lower Heavy Metal Levels with Diet.

If you enjoyed this article, you may also like:

What relevance does this have for us today? See, for example, my video How Smoking in 1959 Is Like Eating in 2019.