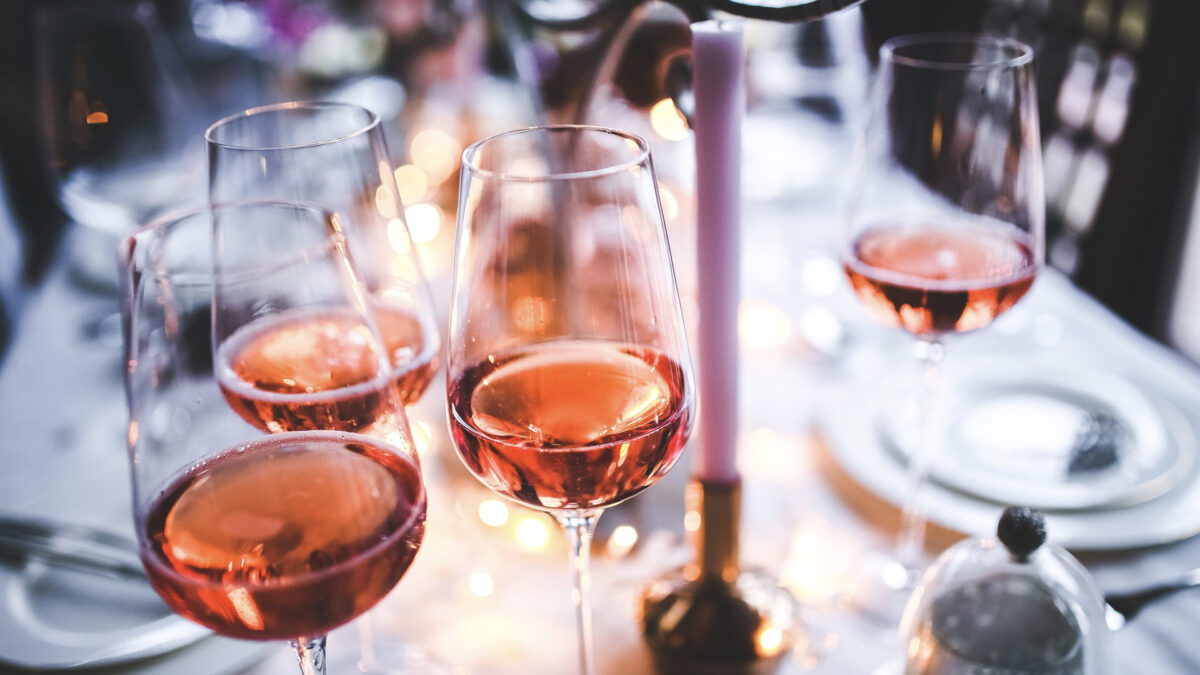 Even if alcohol causes cancer and there is no “French paradox,” what about the famous J-shaped curve, where excessive drinking is bad, but light drinkers appear to actually have lower mortality than abstainers?

“Why do we not see the corporate interests of the alcohol industry as clearly as we see those of the tobacco industry?” The alcohol industry has “waged a sophisticated and successful campaign during the past three decades…undermin[ing] perceptions of the extent of alcohol-related harms to health by promoting ideas of a balance of benefits and harms.” As I discuss in my video Is It Better to Drink a Little Alcohol Than None at All?, alcohol may be an “intoxicating carcinogen” that increases cancer risk, but what about reducing heart disease risk? “Policymakers hesitate to introduce effective alcohol policies, or even to support the addition of warning labels on alcohol containers, for fear they might undermine or contradict possible health benefits of alcohol use.”

After all, alcohol consumption clearly raises HDL, the supposed “good” cholesterol, but, sadly, HDL is no longer considered protective. This is based in part on so-called Mendelian randomization studies, where a lifetime of having high HDL “is not associated with risk of myocardial infarction,” whereas a lifelong reduction of bad LDL cholesterol, thanks to luck-of-the-draw genetics, does indeed decrease heart disease risk.

So, the boost in HDL from alcohol may not matter. As you can see at 1:26 in my video, when you look at subclinical markers of atherosclerosis, such as the thickening of the wall of the carotid arteries in the neck, those who completely abstain from alcohol seem to be at the lowest risk. It’s the same with coronary calcium scores: the lower the alcohol consumption, the lower the risk. Alcohol also bumps up our blood pressure a bit, which is expected to raise, not lower, our cardiac risk. So, where did we get this idea that alcohol is good for us? It came from the famous J curve, which you can see at 1:52 in my video.

If you follow large populations of people over time, in general, the more people drink, the higher their risk of dying prematurely. However, the lowest risk—that is, those who tend to live the longest—are not abstainers, the people who don’t drink at all, but those who drink moderately, like one drink a day.

That’s why you get some folks recommending that “physicians should counsel lifelong nondrinkers…to relax and take a drink a day, preferably with dinner.” Sure, there are statin drugs, but “alcoholic beverages do not require a prescription, are far cheaper, and certainly more enjoyable.”

Is moderate drinking really protective, or is there just something about people who abstain completely from alcohol that puts them in a higher risk category? The reason we suspect something fishy is going on is that abstainers seem to be at higher risk of a whole swath of diseases, including, ironically, liver cirrhosis. As you can see at 2:42 in my video, compared to lifelong abstainers, those who have never touched alcohol, men and women who drink a little appear to have less liver cirrhosis. How could a little drinking be linked to lower rates of liver cirrhosis? Let’s think about it. What makes more sense? Drinking leads to less liver cirrhosis, or liver cirrhosis leads to less drinking? In other words, reverse causation, the so-called sick-quitter effect.

If you look at studies of smokers, you sometimes see higher mortality rates among those who quit smoking compared to those who continue smoking. Why? Because the reason they quit smoking is because they got sick, and, of course, sick people die more often than less sick people. That’s why researchers have to be careful when they use the terms “never smoker” or “non-smoker” in a study. When a subject is classified as a non-smoker, we have to make sure he’s a “lifelong non-smoker” and not just a non-smoker since last Tuesday. Yet, unbelievably, that’s not what they do in most alcohol studies. Instead, researchers misclassify former drinkers as if they were lifelong abstainers. “Individuals with poorer health are more likely to cut down or stop drinking completely,” making current drinkers “‘look good’ by comparison” to those who don’t drink any alcohol, because some of the “abstainers” are abstaining only because they got sick and stopped.

What if you went back to all those studies, corrected the misclassifications, and separated out the former drinkers from the lifelong abstainers?

Researchers found “drinker misclassification errors were common,” plaguing three quarters of the studies. When they controlled for that, the J-shaped curve disappeared. The death versus alcohol relationship became more consistent with a straight-line “linear dose response,” meaning more alcohol, more death, and no protection at low levels of consumption.

Indeed, there is no apparent benefit of light to moderate drinking when you use better comparison groups. “Although these results are not what the majority of drinking adults may desire to believe, the public deserves to hear and to read in more complete and balanced detail the ever-growing evidence that drinking alcohol is very unlikely to improve their health and more likely may have the opposite effect.”

Hold on. HDL isn’t “good” cholesterol anymore? Check out my ashtray and gym shoes analogies in reference to causal risk factors in my Coconut Oil and the Boost in HDL “Good” Cholesterol video.

How much cancer does alcohol really cause, though? Learn the answer in my video Can Alcohol Cause Cancer?.

For the fourth and final video in this series, see Do Any Benefits of Alcohol Outweigh the Risks?.