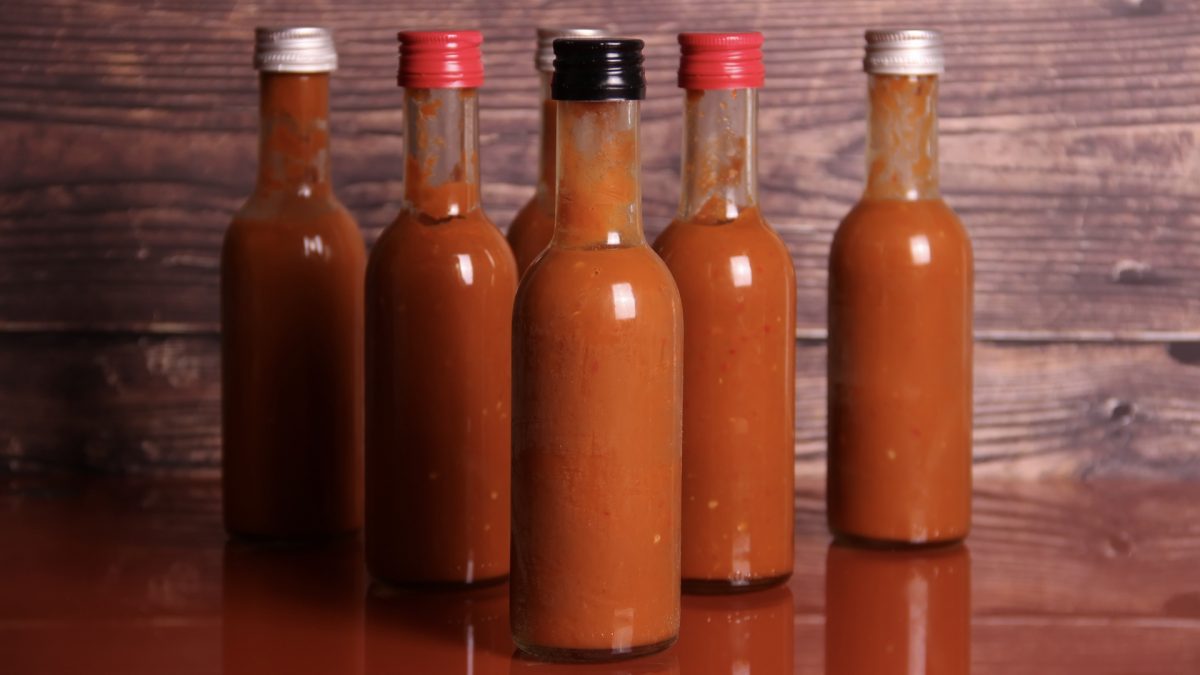 Given the lead contamination found in candies containing chili imported from Mexico, 25 hot sauces were tested for heavy metals.

“Lead toxicity is prevalent and a major concern of public health,” especially for babies. “One of the important sources of lead exposure for the fetus and infant is maternal blood. Lead in the maternal blood”—that is, in pregnant and nursing women’s bloodstreams—“readily crosses the placenta and mammary glands,” leaching into breast milk. Where does the lead come from? Most may originate from the mother’s skeleton, where lead from past exposures builds up. Past exposures to what? “The FDA reports that reproductive age women in the U.S. are exposed to lead through food (43%), dust (31%), water (22%), and air (4%).”

Among the more atypical sources of childhood lead poisoning in the United States are “lead-tainted candies,” including, ironically, brands with names like “Toxic Waste.” (The FDA recalled the “Nuclear Sludge” variety of Toxic Waste’s candies, but not its others.) Many of the tainted candies were imported from Mexico, “especially those containing chili and salt as major ingredients.” It’s not clear whether “the chili additives were being contaminated during the open-air drying process. Other potential sources of this contamination might be the grinding stones involved in preparation of chili powder, or the possible use of lead arsenate as a pesticide agent.” They just don’t know.

Wait a second. There’s something else in grocery stores containing imported chilis and salt as major ingredients: hot sauce. I discuss this in my video Lead Contamination in Hot Sauces.

“In the last decade, the U.S. Food and Drug Administration (FDA) has issued several warnings and recalls for food products that exceed FDA standards for lead. Products containing chili peppers and salt”—such as the candies—“were often suspected as sources of lead contamination….However, products such as hot sauces that contain similar ingredients have not been the focus of evaluations” until this “first known investigation of lead concentrations in hot sauces,” that is.

As you can see at 1:52 in my video, researchers tested 25 different hot sauces, and about 9 out of 10 “contained a detectable level of lead,” though only four brands exceeded the FDA’s action level of 0.1 parts per million. But, that 0.1 ppm is the candy standard, so, technically, none of the hot sauces can be recalled from U.S. shelves. Although candy and hot sauce contain common ingredients, there simply is no hot sauce standard.

The most contaminated hot sauces had about a microgram of lead per teaspoon, which may be more than young kids should be getting in their daily diet, but how many six-year-olds are consuming hot sauce by the spoonful? “Although hot sauce would not be intuitively counted amongst food products highly consumed by children, ethnic and cultural practices must be considered. Chili peppers and salt are commonly used in Mexican-style candies, condiments, hot sauces and everyday cuisine.” So, the researchers want to see the same stringent candy standard of 0.1 ppm lead applied to hot sauce—or at least have some limit put in place.

Without enforceable standards for hot sauces, what motivation do manufacturers have to even look into the problem? It could be the soil, for example. The soil where the peppers grow may be so contaminated with lead that just washing off any residue on peppers after picking may cut lead levels fourfold in the final product—but why bother taking the extra step to rinse off dirt if no one’s checking?

Are there any other imports we should be concerned about? I talked about the heavy metal contamination of herbal supplements in my video Get the Lead Out, but not this kind of herbal supplement: marijuana. “Several hundred people suffered lead poisoning presumably resulting from the desire of drug dealers to maximize profits.” Lead is heavy—about 50 times heavier than oregano—so it is “particularly useful for driving up profits” when the product is sold by weight. And it wasn’t subtle. You can see the little lead particles in the product at 3:48 in my video. Why was there an epidemic of lead poisoning among young students with “body piercings”? Because dealers could make an extra $1,500 per kilogram of marijuana.

Want to make your own hot sauce? I have a delicious recipe for Healthy Hot Sauce with all green-light ingredients in my How Not to Die Cookbook!

Interested in learning more about lead? Take a deep dive: