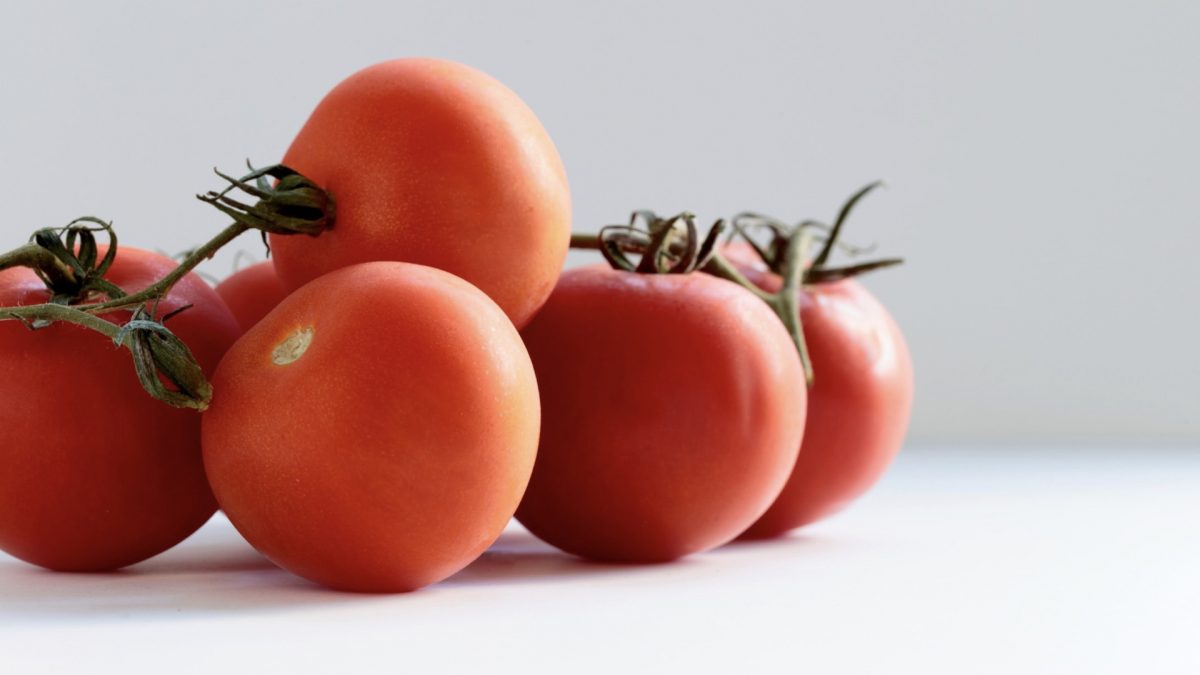 High doses of lycopene—the red pigment in tomatoes—were put to the test to see if it could prevent precancerous prostate lesions from turning into full-blown cancer.

Back in 1980s, the Adventist Health Study found “strong protective relationships” against prostate cancer with increasing consumption of legumes, citrus, dried fruit, nuts, and tomatoes. In the 1990s, a Harvard study focused attention on tomatoes, which appeared to be “especially beneficial regarding prostate cancer risk.” Researchers suspected it might be the red pigment in tomatoes called lycopene, which has greater antioxidant power than some of the other pigments, such as the orange beta-carotene pigment in carrots and cantaloupes. Lycopene dramatically kills off prostate cancer cells in a petri dish, even down at the levels you might expect in your bloodstream after just eating some tomatoes. So, not surprisingly, the Heinz ketchup company, along with manufacturers of lycopene supplements, petitioned the FDA to allow them to print health claims on their products.

As I discuss in my video Lycopene Supplements vs. Prostate Cancer, they were essentially denied. The FDA said the evidence was “very limited and preliminary” and didn’t allow any endorsements for ketchup or supplements. By that time, further population studies had cast doubt on the lycopene theory. Consumers of high dietary intakes of lycopene didn’t seem to have lower cancer rates after all, but who has high dietary intakes of lycopene? Those who eat the most pizza. So, maybe it’s no surprise there are mixed results. What we needed was to put lycopene to the test.

It started with a case study of a 62-year-old man with terminal prostate cancer. Both surgery and chemotherapy had failed. He had metastases all over that had spread to the bone and was sent to hospice to die. So, he took it upon himself to initiate “phytotherapy”—plant-based therapy. Every day, he took the amount of lycopene found in a quarter cup of tomato sauce or a tablespoon of tomato paste. His PSA, a measure of tumor bulk, started out at 365, dropped to 140 the next month, and then down to just 8 the month after that. His metastases started disappearing, and, “at last followup he was asymptomatic”—living happily ever after.

When lycopene was given at a higher dose in pill form, however, it didn’t seem to work. A 2013 review of all such lycopene supplement trials failed to support the initial “optimism.” In fact, the researchers were just happy that the lycopene pills didn’t end up causing more cancer, like beta-carotene pills did. Then came 2014.

Researchers in Italy had been giving the largest doses they could have of lycopene, selenium, and isolated green tea compounds to men with precancerous prostate lesions, hoping they could prevent full-blown cancer. But, in 2014, the expanded results of a similar trial were published, in which selenium and vitamin E supplements resulted in more cancer. Yikes! So, the researchers in Italy stopped their trial and broke the code to unblind the results. And indeed, those taking high doses of lycopene, green tea catechins, and selenium appeared to get more cancer than those who just got sugar pills.

“The potential implications are dramatic,” said the lead researcher, “given the current massive worldwide use of such compounds as alleged preventive supplementations in prostate and other cancers.” What went wrong?

Well, after the beta-carotene pill debacle, researchers measured cellular damage at different natural and unnatural doses of beta-carotene, as you can see at 3:32 in my video. At dietary doses, beta-carotene suppressed cellular damage, but at supplemental doses, which are higher, it not only appeared to stop working, but it caused more damage. The same with lycopene. “Both lycopene and [beta]-carotene only afforded protection against DNA damage…at relatively low concentrations”—at the kinds of levels one might see in people eating lots of tomatoes or sweet potatoes. That is, “levels [that] are comparable with those seen in the plasma [blood] of individuals who consume a carotenoid-rich diet.” However, at the kind of blood concentrations that one might get taking pills, “the ability to protect the cells against such oxidative [free radical] damage was rapidly lost” and, indeed, the presence of high levels of beta-carotene and lycopene may actually serve to increase the extent of DNA damage. It’s no wonder high dose lycopene pills didn’t work.

Phytochemicals may be “guardians of our health,” but the safety of consuming concentrated extracts is unknown. “The protective benefits of a phytochemical-rich diet are best obtained from frequent consumption of fruits, vegetables, and whole grain products”—by whole plant foods. The food industry has different ideas, though. Soon, there may be phytochemical-fortified bacon, martinis, and ice cream, says an article in the journal Food Technology. If they can find just the right mix of plant compounds, it “is not inconceivable that foods that once contributed to illness and disease may be reconstructed…to offer significant health benefits.”

So what are the Best Supplements for Prostate Cancer? Watch the video to find out!

More on natural treatments for prostate cancer in:

Instead of tomato-compound supplements, what if we just fed some cancer patients some tomato sauce? That’s the subject of my video Tomato Sauce vs. Prostate Cancer.