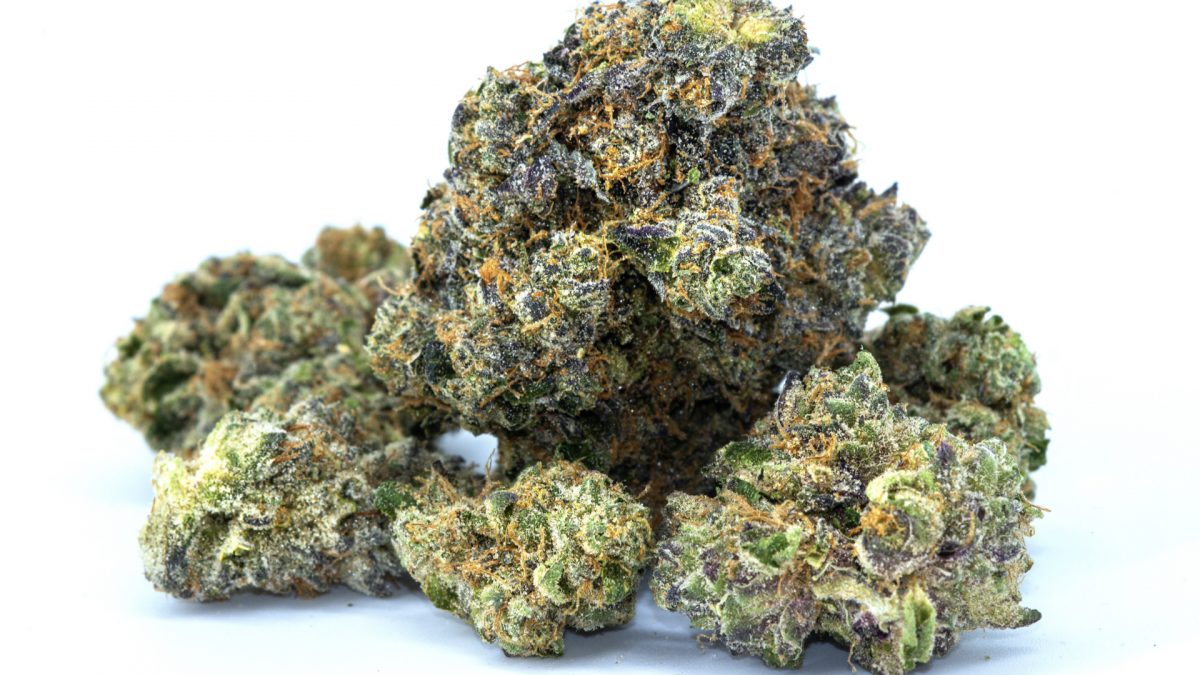 Every year, cannabis is estimated to result in two million years of healthy life lost due to disability. How much is that compared with alcohol and tobacco?

“The popular notion seems to be that marijuana is a harmless pleasure,” but what are the potential adverse effects of marijuana use? That’s not an easy question to answer, as I discuss in my video Does Marijuana Cause Health Problems?.

Most studies to date have been “cross-sectional or rely on self-reported health.” Cross-sectional studies are snapshots in time, so you don’t know which came first: Are people sick because they’re smoking marijuana, or are they smoking marijuana because they’re sick? If you ask people how they are feeling, pot smokers may say, “I feel great!” even if they are actually suffering from a health problem. There have been few longitudinal studies—those conducted over a period of time—using objective measures of health…until now.

More than a thousand individuals were followed from birth to age 38. Researchers tested associations between cannabis use over decades and “multiple domains of physical health,” and looked at 12 health outcomes. Tobacco use was associated with worse health for 8 of the 12 health outcomes, from impaired lung function to systemic inflammation and metabolic derangements. Cannabis use, on the other hand, was associated with…gum disease. That’s it? Indeed, “cannabis use was unrelated to other physical health problems.”

Periodontal disease can lead to tooth loss and there may be other dental health problems associated with smoking marijuana, but when cannabis is described as “nefarious,” the first thing to come to mind is probably not gingivitis.

Is it possible that cannabis users are living healthier-than-average lifestyles to counteract the effects of the drug? Are they eating more fruits and vegetables, for example, or maybe drinking less alcohol? No, and neither are pot smokers exercising more. So, the “absence of associations between cannabis use and poor physical midlife health could not be attributed to better initial health, more physical activity, better diet, or less alcohol abuse.” Maybe marijuana just isn’t that bad.

Heroin use and cocaine use may increase your risk of dying, but no association was found between mortality and marijuana. However, the researchers only followed the subjects until age 38. To find out what happens after that, we have to turn to Sweden, where they recently published the longest study ever on cannabis and mortality. Fifty thousand men were followed “up to around age 60.” About 30 years ago, when they first reported on this cohort, no significant excess mortality was found among cannabis users, or “abusers,” as they called them. But, back then, the men were in their thirties, as in the other study. What happens when you follow them past middle age, “when the health-related detrimental effects” might begin to emerge? Those with a history of heavy cannabis use did end up having “a significantly higher risk of death,” a 40 percent higher risk of dying prematurely.

But, I thought cannabis didn’t kill. As you can see at 3:20 in my video, cocaine kills thousands of Americans every year, alcohol kills tens of thousands, and tobacco breaks the graph, killing hundreds of thousands of people in the United States every year—but marijuana doesn’t even make it onto the graph.

What they were referring to, though, is that “no deaths have been directly attributed to the acute physical toxicity of cannabis.” When a 19 year old eats a cannabis cookie and then jumps off a fourth-floor balcony, the direct cause of death—trauma—is attributed to the fall, but that doesn’t mean cannabis didn’t contribute.

It’s true that people don’t directly overdose on cannabis as you can with opiates, which can shut down your breathing. Unlike many pharmaceuticals, for which a harmful dose may be just a few times larger than a prescribed dose, the therapeutic index for cannabis is 40,000 to 1. Does that mean you could smoke 40,000 joints without overdosing? No. In fact, you may be able to smoke two million joints before a lethal overdose. Cannabis use contributes more to disease than death, in part because people aren’t injecting it, but the health-related harms of cannabis weren’t quantified on a global scale until 2013.

As you can see at 4:47 in my video, cannabis is estimated to result in two million years of healthy life lost due to disability every year. Now, that is tiny compared with the hundred million years or so attributed to alcohol or tobacco use, but it still results in a lot of pain and suffering. But what about the gum disease study I discussed earlier? I thought the only physical health problems associated with cannabis use were dental in nature. In that study, the researchers were looking at a specific set of health concerns and emphasized that the periodontal problems were in addition to all the other potential issues, such as increased risk of accidents and injuries, bronchitis, heart attacks and strokes, possible infectious diseases, and cancer, as well as mental health concerns. As a more direct cause of death, though, marijuana may be suspected in only hundreds of deaths over an eight-year period, whereas a single pharmaceutical drug—Viagra—was involved in thousands.

If you want to take a deep dive into the cannabis research, I made a whole DVD you may be interested in. See Cannabis: What Does the Science Say.

My other videos on cannabis include:

The cannabis issue reminds me of a similar clash of politics and commercial interests in the cell phone debate. If you’re interested, check out my videos Does Cell Phone Radiation Cause Cancer? and Cell Phone Brain Tumor Risk?.

You might also want to check out some of my videos on smoking: