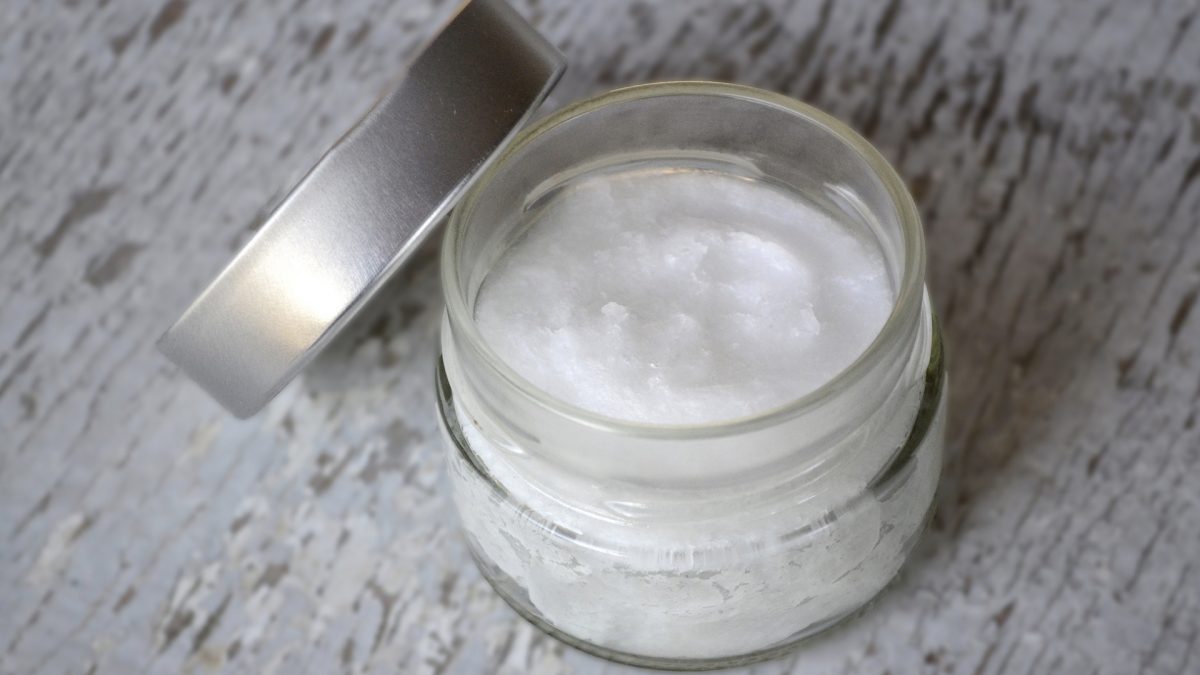 What evidence exists to suggest oil pulling can effectively treat serious diseases, such as paralysis, meningitis, cancer, and AIDS?

I’ve produced videos on how coconut oil is safe to put on your hair or put on your skin, but you certainly don’t want to eat it. In fact, you may not even want to be in the same kitchen when coconut oil is being heated. I don’t know where people got the idea it’s safe to use for cooking. Coconut oil has one of the lowest smoke points. It can release a variety of toxic compounds at typical frying temperatures, and “emissions below the smoke point…might be harmful,” so you want to make sure there is good ventilation.

Don’t inject it into your privates, and even standing under a coconut tree is not completely without risk. But, what about swishing coconut oil around in your mouth? Evidently, so-called “oil pulling…is a time-honored…folk remedy that involves swishing edible oil in the mouth”—that is, “pulling” it back and forth between the teeth for purported “oral and systemic health benefits.” You put a spoonful of oil in your mouth and swish it around for up to 20 minutes. If that’s too long, you can “pull” for just 5 or 10 minutes. Then, spit it out, rinse out your mouth, and brush your teeth.

I could see how oil pulling might, for example, dislodge dental plaque and have some oral health benefits, but systemic effects? As I discuss in my video Does Oil Pulling Help with Cancer, not only is it supposedly “absolutely harmless,” but apparently “this simple method makes it possible to effectively treat the most varied diseases, in some cases enabling one to avoid surgical intervention and the taking of medications that can have harmful side effects.” I was excited to check out a citation within a review on oil pulling, until I realized the source was www.oilpulling.com, an e-book that evidently provides answers to questions like “oil for oil pulling [sic], pulling oil and diseases cured and the science behind oil pulling therapy [sic] and much more.”

The moral of the story? Always check your sources.

One source cited by oil-pulling proponents does seems legitimate, though. It was published in the British Dental Journal, but it’s just a letter from some guy saying the literature has reported that oil pulling can “effectively treat various disorders like…paralysis…meningitis…and chronic diseases like cancer, AIDS etc.” However, absolutely no references are given. So, this literature of which he speaks is presumably the fairy tale literature. The bottom line is that there is simply no scientific proof to these claims.

What about the oral health claims? If you look at the list of purported benefits, from blood clots to stopping the growth of malignant tumors, and check out the citations purported to back up such wild statements, at this point, you probably won’t be surprised to find they have absolutely nothing to do with blood clots, cancer, or any of those other diseases. Instead, they are references to studies done on dental health. Well, let’s not spit the baby out with the bathwater. Let’s see what they say.

The studies start out like this: Add oil pulling to some people’s regular oral hygiene regimens, then stand back and watch gingivitis get better week after week, as the amount of plaque gets less and less, as you can see at 3:21 in my video. That study used sunflower oil. The finding? “Conclusion: Oil pulling is having dental benefits.” The same was found with coconut oil, as you can see at 3:35 in my video. Gingivitis and gum inflammation started to get better within a week, as the dental plaque went down. Sounds pretty good, right? So, the researchers came to a similar conclusion: “Oil pulling…could be an effective adjuvant procedure in decreasing plaque formation and plaque induced gingivitis,” a useful addition to one’s oral hygiene habits.

Anyone see what’s wrong with these studies? There was no control group.

Why am I always going on and on about needing control groups? Didn’t the studies act as their own control? Think about it: We know where the subjects were at baseline, and then week after week, we saw their plaque and gingivitis get better and better. Are we supposed to imagine it’s all just one big coincidence that all of the subjects just happened to start getting better right after they started the coconut oil?

Let me tell you about a phenomenon termed the Hawthorne Effect. “Patients frequently appear to improve merely from the effects of being placed in a clinical trial.” Why? Because “patients may improve oral hygiene…as a result of the special attention or frequent examinations that often result from study participation.” Indeed, the Hawthorne Effect is why it’s so important to do controlled trials.

It happens to the best of us. You know how you may brush extra thoroughly the morning of a dentist appointment? Well, imagine knowing you’ll be going back to the dentist for an exam every single week for a month to check on your plaque and gingivitis. Don’t you think you’d brush a little more and floss a little more? That uptick in oral hygiene alone could get you the kinds of results seen in these studies. So, the only way to tell if oil pulling had anything to do the improvements is to have a control group who didn’t do the oil pulling but also knew they would be getting weekly dental checkups. Unfortunately, there weren’t any compilations of controlled studies… until the study I cover in my video Oil Pulling Benefits for Plaque and Gingivitis.

This article discusses the first video in a four-part series on oil pulling. For the rest of the series, see:

I delved into oil pulling because people kept asking me about it. What other health topics, nutrition-related or not, do you want me to take on?

Why did I say not to swallow coconut oil? See:

What can one do for cancer? Check out How Not to Die from Cancer, my overview video.