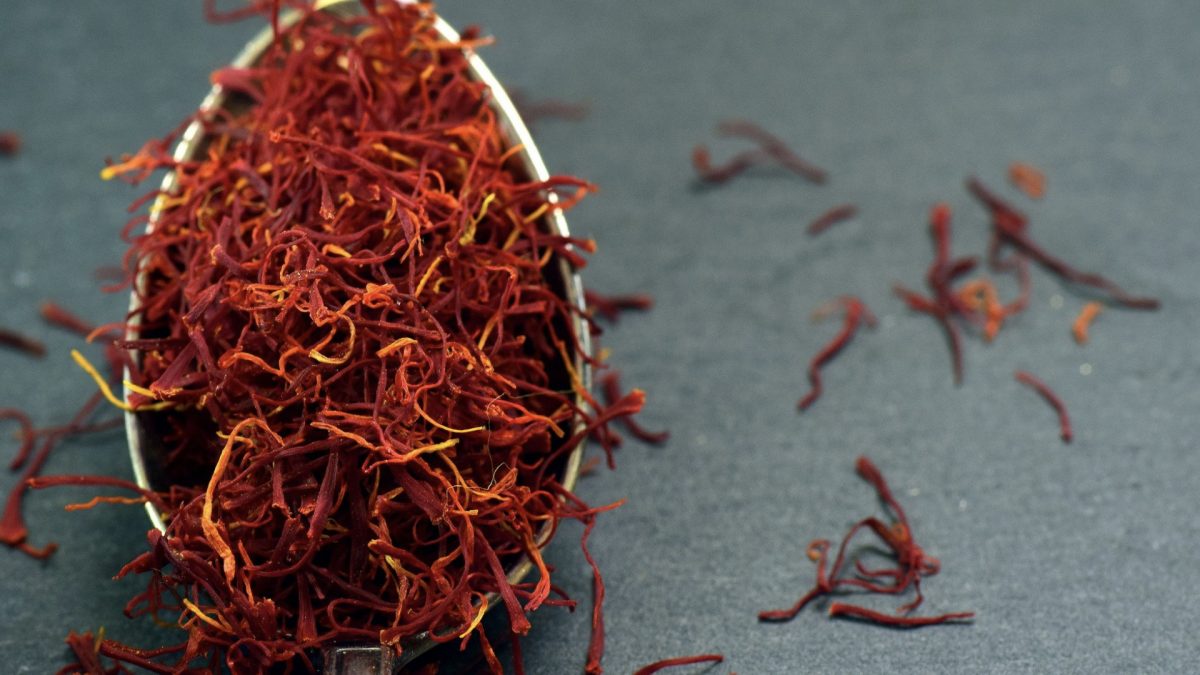 What are the effects of both oral and topical application of the spice saffron for impotence in men?

“Saffron has traditionally been considered an aphrodisiac.” The spice has been shown to improve Prozac-induced sexual dysfunction in women and men, significantly improving erectile function. If it works for drug-induced dysfunction, might it also work for just regular erectile dysfunction? This is the topic of my video Saffron for Erectile Dysfunction.

Why not just use pills like Viagra? They can work, but many men stop using them for “various reasons such as adverse side-effects.” In fact, nearly half of men decide the cons outweigh the pros. For men who don’t like drugs, there’s always surgery—the implantation of penile prosthetics. Unbelievably, penile implant usage evidently dates back to the 16th century. Early experiments involved transplanting patients’ rib cartilage or even their actual rib into their penis. Thankfully, space-age technologies in the 1960s allowed men to keep their ribcages intact. Originally, the implants left men in a “permanently erect state,” but then the “Flexirod” was invented with a hinge in the middle so the device could be bent down in half “for improved concealment.” Of course, proper sizing is important: If the implants are too small, there can be drooping at the tip, leading to a “supersonic transport (SST) deformity.” Why supersonic? “Because of its resemblance to the nose of the Concorde [jet]. Overlong prostheses can also be a problem, and with the semi-rigid rods erosion [out of the penis] can occur.” “Although a penile prothesis generally perforates into the urethra, it can also extrude through the glans [tip] or corporeal shaft.” Ouch.

Now, there are inflatable devices, as you can see at 2:06 in my video, and, perhaps one day, there will be “expandable foams that respond to external magnetic fields” or metal-mesh technology “that could expand and retract in a cage-like fashion.” (Can you imagine trying to get through airport security with that?)

There’s got to be a better way.

In one study, twenty men with erectile dysfunction took 200 mg (about a quarter teaspoon) of saffron a day and were followed for ten days. But first, they were brought into the “RigiScan room,” where they were hooked up to a “computer-controlled, battery-powered system for recording of penile tumescence”—meaning swelling—“and rigidity.” They were then “monitored while watching a visual sexual stimulation (VSS) video tape,” though use of the device is controversial, described as an “expensive, complicated, and time-consuming effort.” But, as you can see at 3:00 in my video, after the ten days of taking saffron, there did appear to be a significant improvement in tip and base rigidity and tumescence. “Whether it is possible to replace [Viagra-type drugs] with this golden plant requires further research with a bigger sample size.” But it’s not just size that matters. The researchers didn’t use a control, so all of this could have just been one big placebo effect.

Finally, though, researchers pitted saffron against Viagra in a head-to-head challenge. Normally there’s a third group—a placebo group—as well, but evidently, they felt it would be unethical to let men go 12 weeks without an effective treatment. The saffron appeared safer than the drug, with significantly fewer side effects like severe headaches, hot flushes, nasal congestion, and nausea, but…it was not effective at all. That’s why I never produced a video on the subject—it just doesn’t seem to help erectile dysfunction. Could it be, though, that they made the mistake of taking the saffron orally, as opposed to rubbing it on their penis? About half of middle-aged men in the United States appear to suffer from erectile dysfunction, so how about a randomized, double-blind, placebo-controlled study. Researchers studied the effects of a gel containing either 1 percent saffron or a “golden yellow food color” so the two gels looked the same. “Both groups were trained to rub a pea-sized amount of the gel on their penis half an hour before a sexual intercourse. One month later, all patients were reassessed using the same questionnaire.” As you can see at 4:40 in my video, compared to the food-coloring gel, the saffron gel led to significant improvements in erectile function, sexual desire, and overall satisfaction. The effects are attributed to a compound in saffron that enhances nitric oxide production in the arteries. But, if that’s the case, then it’s probably better to treat the cause and prevent the vascular dysfunction in the first place by eating a diet packed with nitrate-rich vegetables.

Those who want to clean out all their arteries and treat the cause may want to check out my video Survival of the Firmest: Erectile Dysfunction and Death.

Another video worth watching is Best Food for Antidepressant-Induced Sexual Dysfunction. I have a few others on the golden spice: