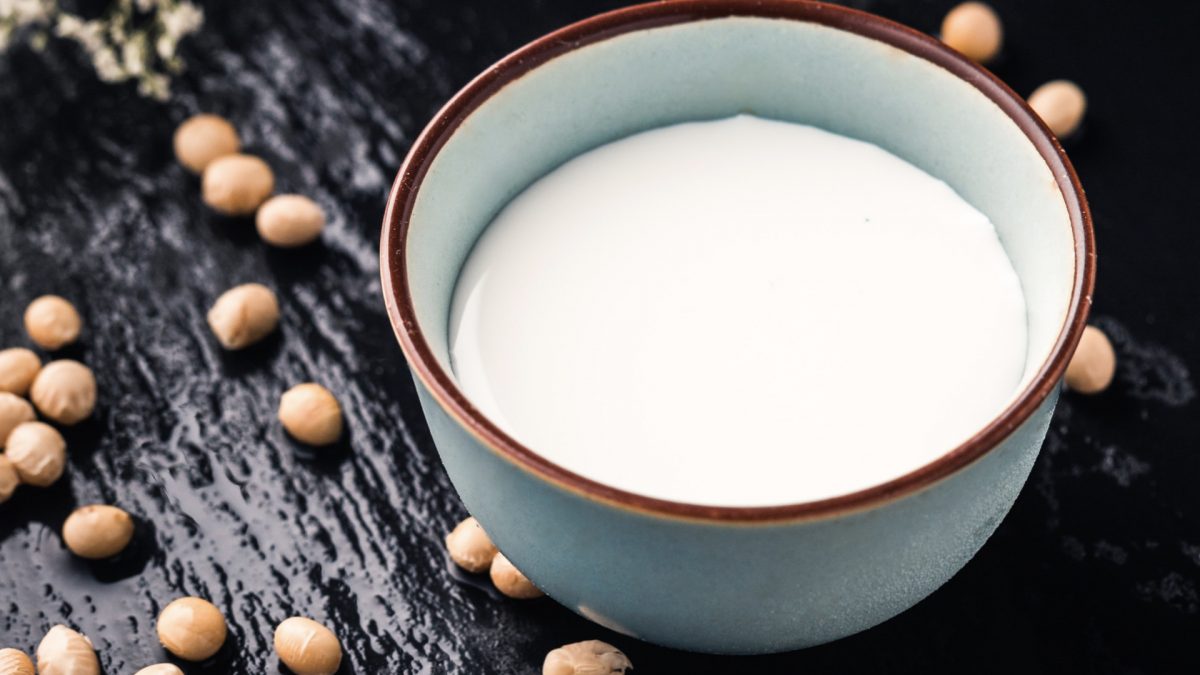 Does soy food consumption explain why Japanese women appear to be so protected from hot flash symptoms?

When women hit menopause and their ovaries shut down, the estrogen level in their body drops 95 percent. This is good news for the endometrium, the lining of the uterus. Otherwise, the constant estrogen signaling could eventually result in endometrial cancer. In fact, that may be why menopause evolved: to protect the uterus from cancer. Lower estrogen levels are also beneficial for lowering breast cancer risk. In postmenopausal women, relatively high blood levels of estrogen are associated with a more than double increased risk for breast cancer. But why do estrogen levels drop 95 percent at menopause, but not all the way down to zero? Because estrogen can be made by other tissues, like our own fat cells, and “this probably explains the increase in [breast cancer] risk in obese postmenopausal women.” More fatty tissue means more estrogen production.

In my earlier video How to Block Breast Cancer’s Estrogen-Producing Enzymes, I discussed how soy phytoestrogens can block the production of estrogen, such that drinking a glass of soy milk with each meal can cut estrogen levels in half in premenopausal women. But estrogen levels in postmenopausal women are already down 95 percent, and, because of that, many women, approximately 8 in 10, suffer from hot flashes. Might lowering levels even further with soy make menopausal symptoms even worse? That’s the subject of my video Soy Phytoestrogens for Menopause Hot Flashes.

Estrogen treatment reduces menopausal symptoms very effectively, but, unfortunately, its downsides include not only the uterine cancer, but blood clots, strokes, and cognitive impairment, as well. Taking progesterone-type compounds with the estrogen prevents uterine cancer, but increases the risk of heart attacks, more stroke, breast cancer, more clots, and dementia. What’s a woman to do?

The 80 percent hot flashes figure is not universal. Eighty to 85 percent of European and American women may experience hot flashes, but as few as 15 percent of women may be affected in places like Japan. In fact, there isn’t even a term for it in the Japanese language, which supports how relatively rare it is. Could the phytoestrogens in soy be helping?

Researchers examined the “association between soy product intake and the occurrence of hot flashes” by following a thousand Japanese women over time, from before they started menopause, to see who developed hot flashes and who didn’t. As you can see at 2:34 in my video, those women eating around four ounces of tofu a day appeared to cut their risk in half, compared to women only eating an ounce or two a day, suggesting soy products are protective. But, could it be that soy intake is just a marker for a healthier diet over all?

A study in China found that consumption of “whole plant foods” in general seemed to be associated with decreased menopausal symptoms, so in order to see if soy had a special role, you’d have to put it to the test.

As you can see at 3:10 in my video, soy phytoestrogens in pill form showed extraordinary results, including a significant decrease in hot flash “presence, number [frequency] and severity.” At the start of the study, 100 percent of women suffered hot flashes, and that dropped to only 31 percent by the end of three months. The average number of hot flashes also dropped, from about 120 a month down to only 12 in 90 days. Exciting findings, but the problem with this study and some others like it is that there was no control group to control for the placebo effect. If you look at all the hormone trials, even the women who got the placebo sugar pills had up to around a 60 percent reduction in hot flashes over the years. That’s why any “therapies purported to reduce such symptoms must be assessed in blinded trials against a placebo or a validated therapy because of the large placebo effect…and also because…menopause symptoms often decline” on their own over time.

To illustrate this point, see the findings of a study I show at 4:00 in my video. Researchers gave women a soy protein powder and saw a nice drop in hot flashes over the next 12 weeks. Those results on their own make the soy supplementation look pretty effective, but those were results from the placebo powder group. The study subjects who actually got the soy achieved results significantly better than placebo, which demonstrates how important it is to recognize how powerful the placebo effect can be. Over the past 20 years, more than 50 clinical trials have evaluated the effects of soy foods and supplements on the alleviation of hot flashes. Compiling the best ones together, the placebo groups got about a 20 percent drop in hot flash severity, while the soy groups achieved about a 45 percent drop. So, on average, the soy did about 25 percent better than control, as you can see at 4:31 in my video.

There have been two studies that compared soy phytoestrogens head–to–head against hormones. In one study, they actually seemed pretty comparable, in terms of reducing hot flashes, muscle and joint pain, and vaginal dryness, compared to placebo, as you can see at 4:50 in my video. In the other study, however, soy did better than placebo, but estrogen and progesterone therapy did better than both. But, soy has “the benefit of no increased risk of breast and uterine cancer or cardiovascular disease,” such as heart disease and stroke.

Why does soy help some women, but not others? See my video How to Convert Into an Equol Producer.

What about Plant-Based Bioidentical Hormones? Check out the video and find out.

For more on soy, see: