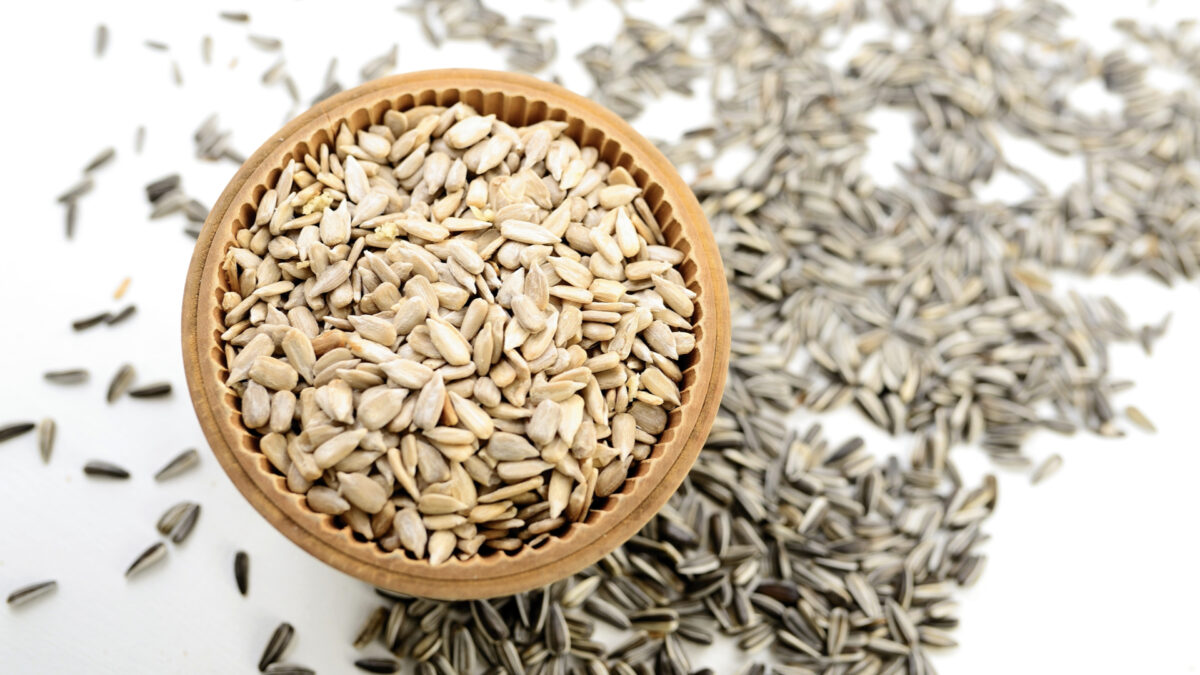 Should we be concerned about the pimples, cadmium, and “colonic crunch” associated with the consumption of sunflower seeds?

A recent observational study on acne reported a “statistically significant relationship” between “acne severity and dietary factors such as chocolate, dairy products such as milk, [and] sunflower seed consumption….” I’ve produced videos on acne and chocolate and dairy, but I was surprised by the sunflower seeds, the topic of my video Do Sunflower Seeds Cause Acne?.

When I think about sunflower seeds, I just think of a good, whole-food source of nutrition that’s been found to lower cholesterol levels as much almonds, which is pretty good. But did you know there are right and wrong ways to eat them? If you eat a pound of unshelled sunflower seeds—that is, eat them with the shell still on—you can end up corked with “a fist-sized mass of shredded sunflower seed shells.” How could a doctor diagnose something like that? By the “‘colonic crunch’ sign,” of course. Sounds like breakfast cereal served in hell, but, rather, it’s the “palpation of a large crunchy rectal mass.” You can see a photo of one at 1:10 in my video.

Indeed, if you eat sunflower seeds with the shells still on, you can end up with a “sharp, thorny mass,” which is why the so-called sunflower seed syndrome has been described as “a prickly proctological problem.” It’s been lamented that “people who consume health foods occasionally fall into the trap of believing ‘if some is good, more is better.’” In this case, it’s not the amount that’s the problem, but how they’re being eaten: with the shells still on. “Perhaps this is why the syndrome is uncommon unless the patients are children or adults who are either impaired or have no experience with eating sunflower seeds.”

Most cases involve younger, “preadolescent children,” aged 5 to 11, but researchers described the case of a “psychologically sound” 13-year-old girl and “stressed the importance of the role of the parents guiding their children, whatever the age group, about the potential problems associated with the ingestion of unshelled seeds.”

Does that mean you can eat as many sunflower seeds as you want as long as they’ve been shelled? No—you can overdo even shelled seeds. Simply because of the nature of sunflowers, they’re good at drawing the naturally occurring heavy metal cadmium out of the ground. So, even if they’re grown in uncontaminated soils, sunflower seeds (or kernels) end up with higher cadmium levels than most foods. However, people who consume large amounts of sunflower seeds don’t seem to suffer any untoward effects or even end up with detectably higher cadmium levels. What constitutes a “large” amount? In this study, it was defined as more than an ounce a week, which is like a handful, about 150 seeds.

The World Health Organization recommends staying below about 490 micrograms of dietary cadmium a week. If you ate a handful of shelled sunflower seeds a day, you’d be well below that, but we may get as much as 36 micrograms a day from the rest of our diet, so I think one handful a day is a reasonable safe upper limit.

The findings I just shared were as surprising to me as the Does Cocoa Powder Cause Acne? revelation. Interested in more about the effects of various foods and diets on pimples? Check out:

If you haven’t yet, you can subscribe to my videos for free by clicking here.