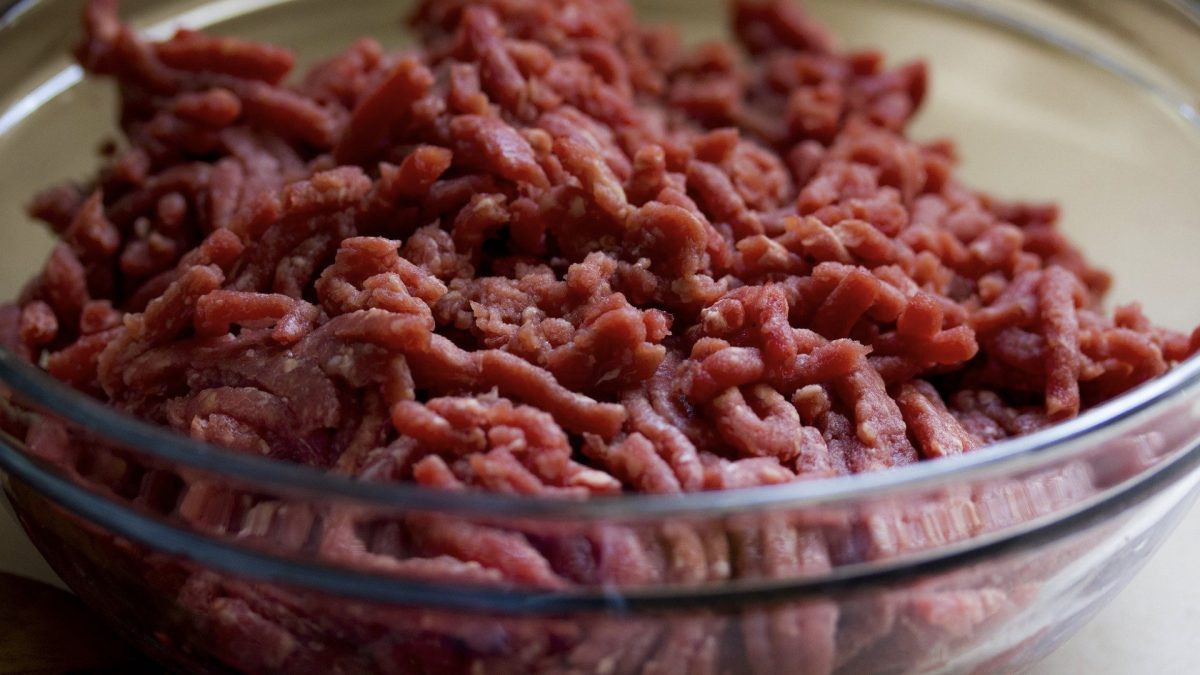 “Nearly 20% of cancer cases arising worldwide can be linked to infectious agents, including viruses.” Seven viruses are now conclusively tied to human cancers, and, as new viruses enter into human populations, the incidence and causes of cancer will likely change accordingly.

The foundation of modern tumor virology was laid more than a century ago with the discovery of a cancer-causing chicken virus, for which a Nobel Prize was awarded. Another Nobel Prize went to the “medical doctor-turned-virologist” who discovered that the HPV virus was causing cervical cancer. In his acceptance speech, he mused that there may be a bovine polyoma virus—a multiple tumor virus in cattle—that could be playing a role in human colon cancer, lung cancer, and breast cancer, but no polyoma virus had ever been discovered in meat…until now.

As I discuss in my video The Role of Burger Viruses in Cancer, polyomaviruses are a particular concern—not only because they are known to be carcinogenic, but also because they can survive cooking temperatures. Since a single burger these days can contain meat from “many dozens of animals,” researchers felt “this could present an ideal situation for virus-hunting…” Researchers from the National Cancer Institute purchased meat samples from three separate supermarkets and found three different polyomaviruses in ground beef, as you can see at 1:52 in my video. Now, just because three types of “polyomavirus species are commonly detectable in food-grade ground beef” doesn’t necessarily mean they are causing human disease. What made this Nobel laureate suspect them? Well, for one thing, some people got cancer right where they had been vaccinated for smallpox—a whole bunch of different cancers, in fact. The vaccine had been harvested from the skin of calves, so “it is possible” there could have been some cancer-causing cow virus.

“Many people are exposed to potentially virus-contaminated meat and dairy products” through their diets, but those in the industry, “such as farm workers, butchers, veterinarians, and employees in dairies,” would be even more exposed. Do these groups have higher cancer incidence? Indeed, it now appears to be clear “that workers in the meat industry are at increased risk of developing and dying from cancer.”

Another reason to suspect the involvement of some kind of bovine infectious factor in colorectal cancer is the fact that there appear to be relatively low rates of colorectal cancer in countries where not a lot of beef is eaten. And, when meat consumption suddenly increases, rates shoot up, as you can see at 3:15 in my video. “The only exception is Mongolia where they have low rates of colon cancer and eat a lot of red meat, but there they eat yak.” Maybe yaks don’t harbor the same viruses.

Can’t you just avoid steak tartare? Even steak cooked “medium” may not reach internal temperatures above 70° Celsius, and it takes temperatures higher than that to inactivate some of these viruses, so we would expect viruses to survive both cooking and pasteurization. In fact, researchers followed up with a paper suggesting the consumption of dairy products may “represent one of the main risk factors for the development of breast cancer” in humans. The recent discovery of a larger number of presumably new viruses in the blood, meat, and milk of dairy cows should be investigated, since one might speculate that infectious “agents present in dairy products possess a higher affinity to mammary [breast] cells,” since they came from breast cells. The fact that people with lactose intolerance, who tend to avoid milk and dairy throughout their lives, have lower rates of breast and other cancers could be seen as supporting this concept. Though, there are certainly other reasons dairy may increase cancer risk, such as increasing levels of the cancer-promoting growth hormone IGF-1 or adversely affecting our gut microbiome. Or, for that matter, maybe the plant-based milks they’re drinking instead could be protective. That’s the problem with population studies: You can’t tease out cause and effect. It doesn’t matter how many viruses are found in retail beef, pork, and chicken, as you can see at 5:16 in my video, if we can’t connect the dots.

Can’t we just look for the presence of these viruses within human tumors? Researchers have tried and did find some, but even if you don’t find any, that doesn’t necessarily mean viruses didn’t play a role. There’s a “viral hit-and-run” theory of cancer development that suggests that certain viruses can slip in and out of our DNA to initiate the cancer, but be long gone by the time the tumor matures.

There’s still a lot of work to be done. But, if the link between bovine polyomaviruses and human disease pans out, the National Cancer Institute researchers envision the development of a high potency vaccine. So, just like the HPV vaccine may prevent cervical cancer from unsafe sex, perhaps one day, vaccines may prevent breast and colon cancer from unsafe sirloin.

This reminds me of the story of bovine leukemia virus and breast cancer. For more on that, see:

What about chicken? Check out The Role of Poultry Viruses in Human Cancers and Poultry and Penis Cancer.

One of the problems with eating other animals is that we put ourselves at risk of their diseases. Not once have I diagnosed anyone with Dutch Elm Disease or a really bad case of aphids. See Eating Outside Our Kingdom for more on this concept.

Is Cocamidopropyl Betaine in Toothpaste Better Than Sodium Lauryl Sulfate?