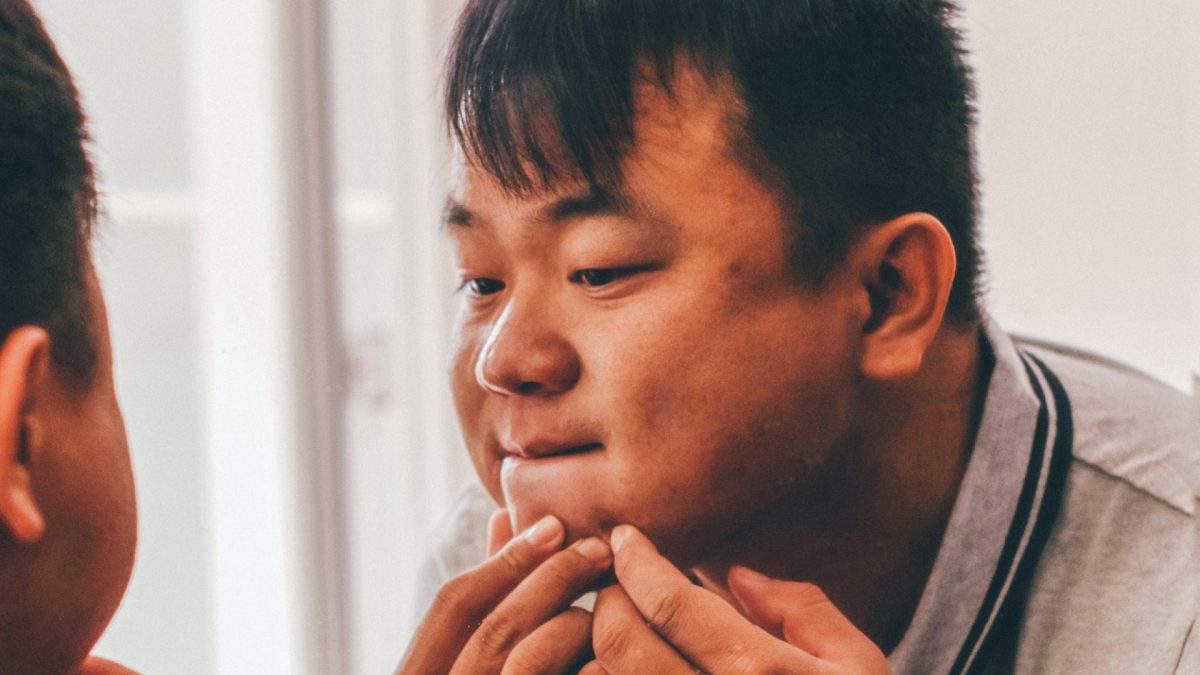 Which plant should we use for which skin disease? That’s the topic of my video Natural Treatment for Acne and Fungal Infections. Thousands of studies have been published to date about the health effects of green tea, but it wasn’t until fairly recently that researchers began to look at the possibility of using green tea for the prevention and treatment of infections. Patents have been taken out on the antibacterial, antifungal, and antiviral properties of tea. Let’s review some of the evidence.

In terms of fungal infections, green tea compounds have demonstrated “potent antifungal activity” against the primary cause of athlete’s foot, fungal nail infections, jock itch, and ringworm—comparable, in some cases, to powerful antifungal drugs like fluconazole. This was shown in a petri dish, though. How about a green tea footbath for athlete’s foot fungus between the toes? Evidently, tea leaves were once used as a folk remedy for the fungus, so why not put it to the test? Indeed, a once-a-day, 15-minute dilute green tea footbath led to a significant improvement in symptoms compared to controls.

Green tea baths also appeared to help with fungus-associated atopic dermatitis, though there was no control group in that study, and a full-strength green tea may help clear candida yeast from poorly cleaned dentures. What about the bacteria that cause plaque and gingivitis? Even a 2% green tea mouthwash was found to be effective. Yes, you should be able to control plaque just with proper brushing and flossing—with an emphasis on “proper.” Most people don’t brush for the recommended four minutes a day, so a dilute green tea mouthwash may help.

In terms of plaque bacteria-killing ability, green tea was beaten out by a “garlic with lime mouth rinse,” but I think I’ll just stick to green tea, especially when green tea appears to not only kill plaque bugs directly but also boost the antibacterial capacity of saliva after you drink it.

What about green tea for acne? Six weeks of a 2% green tea lotion cut the number of pimples by more than half and significantly reduced the severity, as you can see at 2:48 in my video, making it a cheap, effective treatment for acne.

Impetigo is another bacterial skin infection that can affect the face, but a tea ointment can affect an 80 percent cure rate, on par with antibiotics given topically or orally.

What about bladder infections? We know a certain concentration of green tea compounds can kill the type of E. coli that causes urinary tract infections. The question then becomes how much tea do you have to drink to achieve those concentrations in your bladder? Not much, it turns out. Just one cup of tea might have an effect, but you may need to space out multiple cups over the day because it gets cleared out of your system within about eight hours, as you can see at 3:45 in my video.

So, where do we stand now? The test tube data look promising, but there has yet to be a single study to put it to the test. At this point, green tea should just be used as an adjunct therapy for bladder infections. But, with emerging multidrug-resistant organisms, green tea certainly holds potential.

Wait a moment. If green tea is so good at killing bacteria, might we be killing the good bacteria in our gut when we drink it? No. That’s what’s so amazing. “It has also been shown that green tea has no effect over intestinal flora, which is a great advantage against other bactericidal [bacteria-killing] agents.” But that may not actually be true. Drinking green tea may actually boost the levels of our good bacteria by acting as a prebiotic, thereby improving the colon environment, so it may actually have some effect on our gut flora after all, but it appears to be all good.

Drinking tea with meals may impair iron absorption, so it’s better to drink it between meals. For more on green tea, one of my favorite beverages, along with water and hibiscus tea, see:

For more on acne, check out: