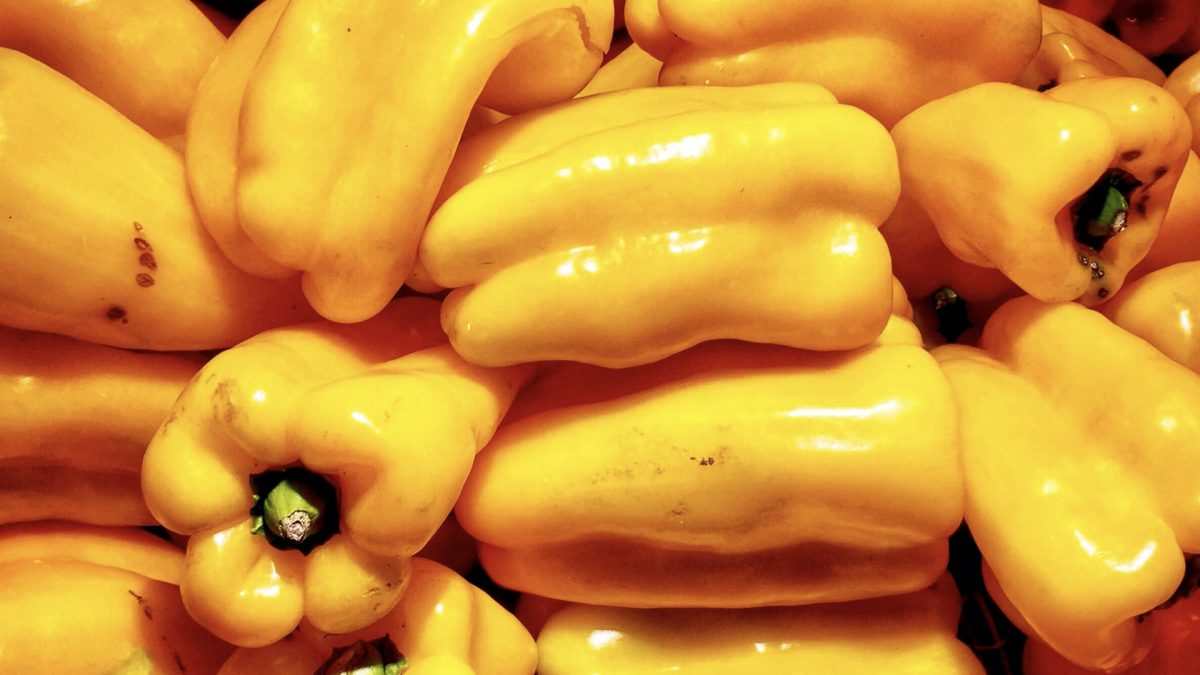 What is the clinical relevance of vitamin C among lead-exposed infertile men? Compared to controls, lead battery industry workers given 1,000 mg of vitamin C every workday for three months experienced “a significant increase in sperm motility and sperm count, as well as decrease in abnormal sperm,” and “a significant reduction in the incidence of sperm DNA fragmentation,” that is, damaged sperm DNA. Okay, but the ideal endpoint would be bouncing baby boys and girls. Enter this extraordinary little study from the University of Texas from more than 30 years ago.

Twenty-seven men with fertile wives had been trying to have kids for years to no avail. Twenty of them were given 1,000 mg of vitamin C a day for two months, and 7 acted as controls and didn’t get any vitamin C. The researchers followed up at the end of the 60 days. By then, every single one of the wives of each of the 20 men who had gotten the vitamin C had became pregnant—20 out of 20! After years of frustration, boom: 100-percent pregnant. What’s more, not a single one of the wives of men in the control group got pregnant. Rarely does one see these kinds of black-and-white results in the medical literature for any intervention.

Is the vitamin C lowering the oxidative stress from the lead, or is it actually lowering the level of lead? Sure, antioxidant supplementation can have antioxidant effects, but it may fail to actually lower lead levels in the blood. Now, this was in a group of workers who were breathing lead day in and day out, and the way vitamin C may work is by simply blocking the “intestinal absorption of lead.” An earlier study showed vitamin C supplementation apparently cut lead levels by a third within six months, but that was with a whopping dose of 2 g with added zinc. Another small study found the same 30 percent drop with just 500 mg a day, no zinc, and in only one month. But neither of those studies had a control group of subjects who didn’t take anything, so we don’t know if their levels would have fallen anyway.

Similarly, there is an almost too-good-to-be-true study on the role of vitamin C in scavenging lead toxicity from “biosystems,” by which they meant children. They got 250 to 500 mg a day of vitamin C for a few months, and shaved hair samples every month saw up to a 69 percent decline in lead levels. Researchers repeated it in two other small groups of kids and saw the same amazing kind of drops in every single child. But maybe lead levels were just dropping throughout the whole community during that time? Without measuring lead levels in a control group of kids not taking vitamin C, we can’t be sure.

As I illustrate from 3:17 in my video Yellow Bell Peppers for Male Infertility and Lead Poisoning?, with eight weeks of vitamin C, lead levels dropped in the blood and rose in the urine. One could conclude that the vitamin C was pulling lead out of the body, but the same thing happened in the placebo group: Blood levels dropped, and urine levels rose. So, it had nothing to do with the vitamin C at all. That’s why it’s always important to have a control group.

The same applies with studies that appeared to show no benefit. For example, 36 battery manufacturing workers were studied. Each was given vitamin C, yet there was no change in their lead levels. But, maybe their co-workers suffered a big increase in lead levels during that same time period, and the vitamin C was actually successful in keeping the subjects’ levels from rising. You don’t know without a control group.

That’s why studies like “The effects of vitamin C supplementation on blood and hair levels of cadmium, lead, and mercury” are so important. Vitamin C versus an identical-looking sugar pill placebo. The result? The vitamin C failed to help, which really put a damper on enthusiasm for using vitamin C for lead poisoning until a now-famous study was published in 1999 that showed that vitamin C supplementation could lead to a decrease in blood levels. As you can see at 4:32 in my video, after four weeks of taking a placebo, not much change occurred in blood lead levels in the control group, which is what we’d expect. In contrast, the vitamin C group started out at about the same blood lead level as the control group, but within one week of taking 1,000 mg of vitamin C a day, lead levels dropped 81 percent. So, supplementation of vitamin C “may provide an economical and convenient method of reducing blood-lead levels, possibly by reducing the intestinal absorption of lead.”

The urine lead levels didn’t change, so it’s not as if the subjects were excreting more lead in their urine to bring down their blood levels. However, most of the lead in our blood is in the red blood cells, which are recycled in the liver and discharged through the bile into the gut where the lead could just get reabsorbed—unless, perhaps, you’ve got a lot of vitamin C in there to block the re-absorption. But 1,000 mg is a lot of vitamin C. Would something like 200 mg, which is just about how much vitamin C you’d get in an orange and a cup of broccoli or strawberries, work? The researchers tested that, too. The 200 mg group started out the same as the control and the 1,000 mg group, but blood lead levels didn’t really budge. Bummer! So, 1,000 mg seemed to work, but 200 mg didn’t. Isn’t 1,000 mg of vitamin C a bit unnatural, though? The RDA is only 60 mg. Well, actually, we may have evolved for millions of years getting closer to 600 mg a day—ten times the current RDA—because we were eating so many fruits and greens. Okay, but could you reach 1,000 mg of vitamin C without having to take pills? Yes! That’s the amount of vitamin C, for example, that can be found in three yellow bell peppers.

Other videos in my series on lead include:

Note that there is nothing special about yellow bell peppers—other than their extraordinary vitamin C content, that is. I just used them as a practical way to get 1,000 mg of vitamin C in whole-food form. They’re certainly easier than eating ten oranges!

Though, remember my video Peppers and Parkinson’s: The Benefits of Smoking Without the Risks? So, one would expect to get all the benefits of the 1,000 mg of vitamin C with benefits. Why not just take vitamin C supplements? See Do Vitamin C Supplements Prevent Colds but Cause Kidney Stones?.

If hundreds of milligrams a day of vitamin C sounds like a lot, check out What Is the Optimal Vitamin C intake?.

You may be interested in my vitamin C and cancer series: