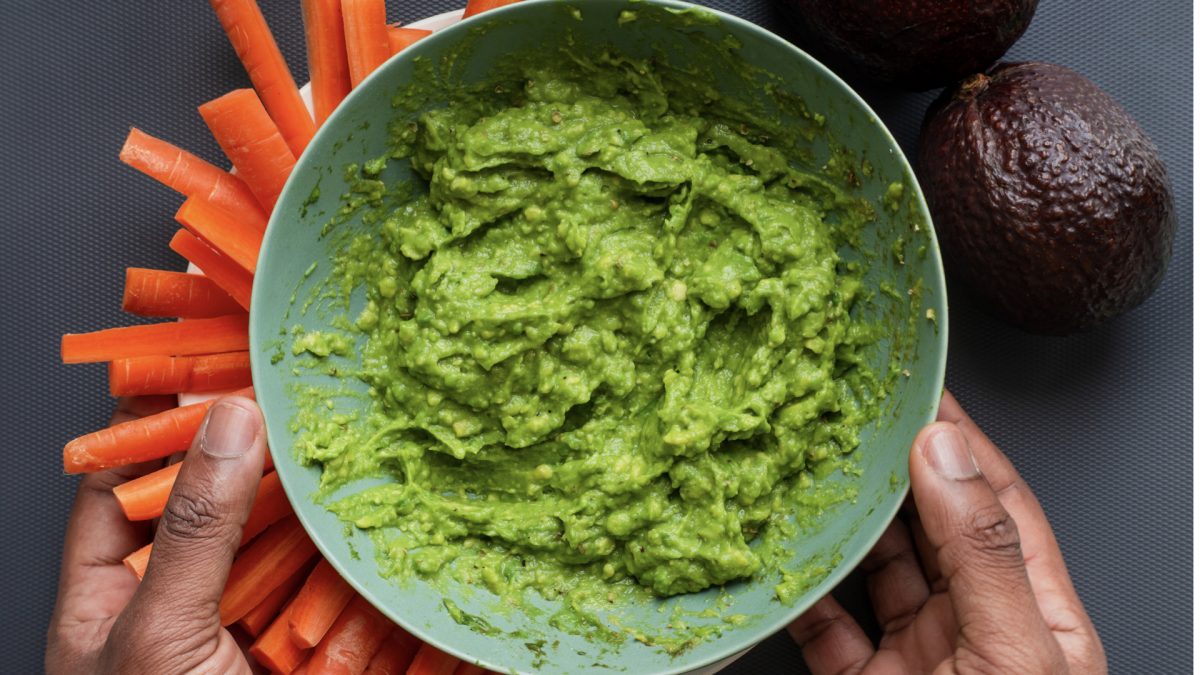 Can guacamole lower your cholesterol as well as other whole–food fat sources like nuts, or is that just spin by the avocado industry?

“Avocados are the richest known fruit source of phytosterols,” the cholesterol-lowering nutrients found in plant foods, brags a review sponsored by the HASS Avocado Board. The operative word, though, is fruit.

Yes, avocados contain more phytosterols compared to other fruit, but phytosterols are fat-soluble substances. Most other fruits hardly have any fat in them at all, so avocados will obviously come out on top compared to other fruit. What if you compare phytosterol content of avocados to nuts and seeds, though? One avocado has about 100 milligrams of phytosterols. On the same scale, sesame seeds and tahini have 400 milligrams; pistachios, pumpkin seeds, and sunflower seeds have about 300; almonds, almond butter, flaxseeds, and macadamia nuts have around 200; and even chocolate has about twice as many phytosterols as avocados, as you can see at 0:51 in my video Are Avocados Good for Your Cholesterol.

Even though nuts and seeds have the highest levels of phytosterols overall, the studies that have been done on lowering “bad” LDL cholesterol with phytosterols have used supplements starting with 600 milligrams and going up into the thousands. So, yes, you can lower LDL cholesterol by about 8 percent with a dose of phytosterols around 2,100 milligrams, but that would be 20 avocados a day, as you can see at 1:17 in my video. And 2,100 milligrams of phytosterols would also be a lot of nuts, but you can get an 8 percent drop in LDL by just eating a palmful of nuts, just a single ounce a day, as you can see at 1:36 in my video. So, phytosterols aren’t the only components of nuts responsible for driving down cholesterol. Nuts must have other components, perhaps fiber or other phytonutrients, that contribute to their cholesterol-lowering effects. Might avocados have such components, too? You don’t know until…you put it to the test.

What happened when researchers performed a meta-analysis of ten studies involving hundreds of people? When they put them all together and looked at the results, what did they find? It appears that adding avocados led to a significant drop in cholesterol and triglycerides—an average of about a 17–point drop in bad LDL cholesterol. But, nearly all of the studies were substitution studies, where saturated fat was removed from people’s diets and avocados were substituted in. If you cut down on saturated animal fat, your cholesterol will drop regardless. You can tell this review was not funded by the avocado industry because the researchers point this out, saying that “it is important to note that substituting avocados for saturated dietary fats as opposed to adding avocado to an already established baseline diet poses the greatest benefit.” Simply adding avocado may confer no benefits to cholesterol at all.

So, yes, the avocado industry is right in saying that avocados are “a healthy substitute for butter / margarine, cheese, cream cheese,” but that’s a pretty low bar.

What about adding avocado to a plant-based diet? Would there be any benefit then? Learn more:

Why do we care about cholesterol? See, for example:

What should we shoot for? See Flashback Friday: Optimal Cholesterol Level.

To learn more about cholesterol–lowering foods, check out The Best Food for High Cholesterol and The Benefits of Kale and Cabbage for Cholesterol.

In addition to adding cholesterol–lowering foods, we also need to reduce our intake of cholesterol-raising foods. See: