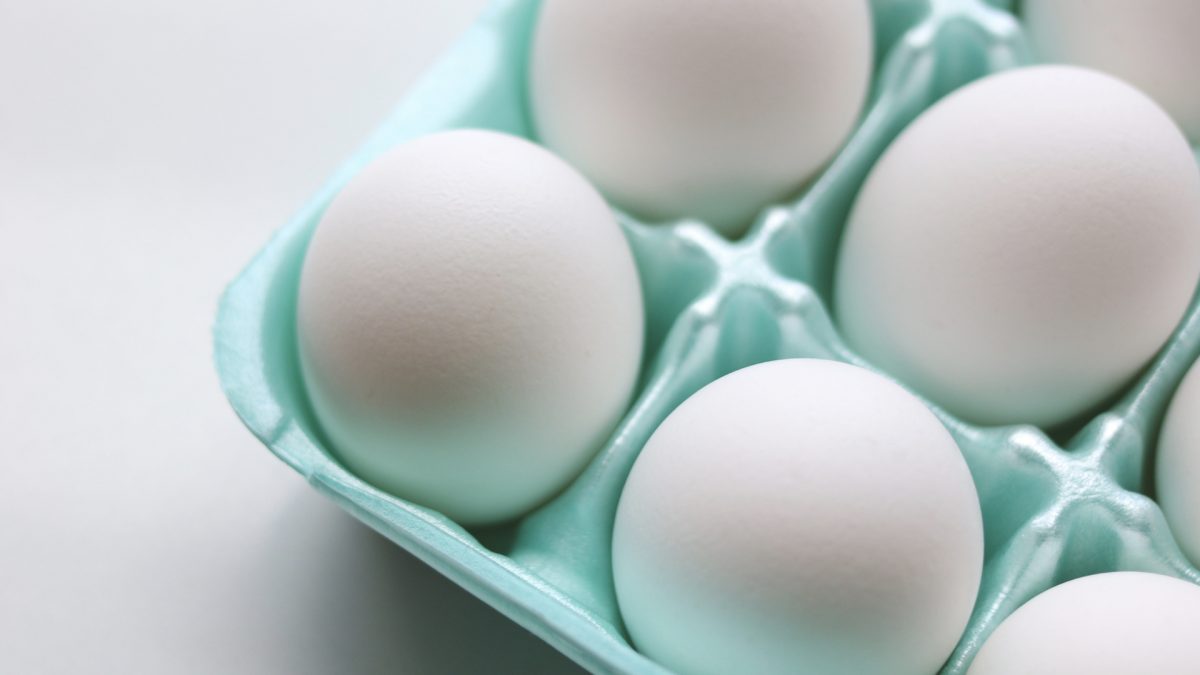 The reason egg consumption is associated with elevated cancer risk may be the TMAO, considered the “smoking gun” of microbiome-disease interactions.

“We are walking communities comprised not only of a Homo sapiens host, but also of trillions of symbiotic commensal microorganisms within the gut and on every other surface of our bodies.” There are more bacterial cells in our gut than there are human cells in our entire body. In fact, only about 10 percent of the DNA in our body is human. The rest is in our microbiome, the microbes with whom we share with the “walking community” we call our body. What do they do?

Our gut bacteria microbiota “serve as a filter for our largest environmental exposure—what we eat”—and, “technically speaking, food is a foreign object that we take into our bodies” by the pound every day. The “microbial community within each of us significantly influences how we experience a meal…Hence, our metabolism and absorption of food occurs through” this filter of bacteria.

However, as you can see at 1:22 in my video How Our Gut Bacteria Can Use Eggs to Accelerate Cancer, if we eat a lot of meat, including poultry and fish, milk, cheese, and eggs, we can foster the growth of bacteria that convert the choline and carnitine in those foods into trimethylamine (TMA), which can be oxidized into TMAO and wreak havoc on our arteries, increasing our risk of heart attack, stroke, and death.

We’ve known about this “troublesome” transformation from choline into trimethylamine for more than 40 years, but that was way before we learned about the heart disease connection. Why were researchers concerned back then? Because these methylamines might form nitrosamines, which have “marked carcinogenic activity”—cancer-causing activity. So where is choline found in our diet? Mostly from meat, eggs, dairy, and refined grains. The link between meat and cancer probably wouldn’t surprise anyone. In fact, just due to the industrial pollutants, like PCBs, children probably shouldn’t eat more than about five servings a month of meats like beef, pork, or chicken combined. But, what about cancer and eggs?

Studies going back to the 1970s hinted at a correlation between eggs and colon cancer, as you can see at 2:45 in my video. That was based just on so-called ecological data, though, showing that countries eating more eggs tended to have higher cancer rates, but that could be due to a million factors. It needed to be put to the test.

This testing started in the 80s, and, by the 1990s, 15 studies had been published, of which 10 suggested “a direct association” between egg consumption and colorectal cancer, “whereas five found no association.” By 2014, dozens more studies had been published, confirming that eggs may indeed be playing a role in the development of colon cancer, though no relationship was discovered between egg consumption and the development of precancerous polyps, which “suggested that egg consumption might be involved in the promotional” stage of cancer growth—accelerating cancer growth—rather than initiating the cancer in the first place.

This brings us to 2015. Perhaps it’s the TMAO made from the choline in meat and eggs that’s promoting cancer growth. Indeed, in the Women’s Health Initiative study, women with the highest TMAO levels in their blood had approximately three times greater risk of rectal cancer, suggesting that TMAO levels “may serve as a potential predictor of increased colorectal cancer risk.”

As you can see at 4:17 in my video, though there may be more evidence for elevated breast cancer risk with egg consumption than prostate cancer risk, the only other study to date on TMAO and cancer looked at prostate cancer and did indeed find a higher risk.

“Diet has long been considered a primary factor in health; however, with the microbiome revolution of the past decade, we have begun to understand how diet can” affect the back and forth between us and the rest of us inside, and the whole TMAO story is “a smoking gun” in gut bacteria-disease interactions.

Since choline and carnitine are the primary sources of TMAO production, the logical intervention strategy might be to reduce meat, dairy, and egg consumption. And, if we eat plant-based for long enough, we can actually change our gut microbial communities such that we may not be able to make TMAO even if we try.

“The theory of ‘you are what you eat’ finally is supported by scientific evidence.” We may not have to eat healthy for long, though. Soon, Big Pharma hopes, “we may yet ‘drug the microbiome’…as a way of promoting cardiovascular health.”

What did the egg industry do in response to this information? Distort the scientific record. See my video Egg Industry Response to Choline and TMAO.

This is not the first time the egg industry has been caught in the act. See, for example:

This is all part of the microbiome revolution in medicine, the underappreciated role our gut flora play in our health. For more, see:

Should You Get an Annual Health Check-Up?