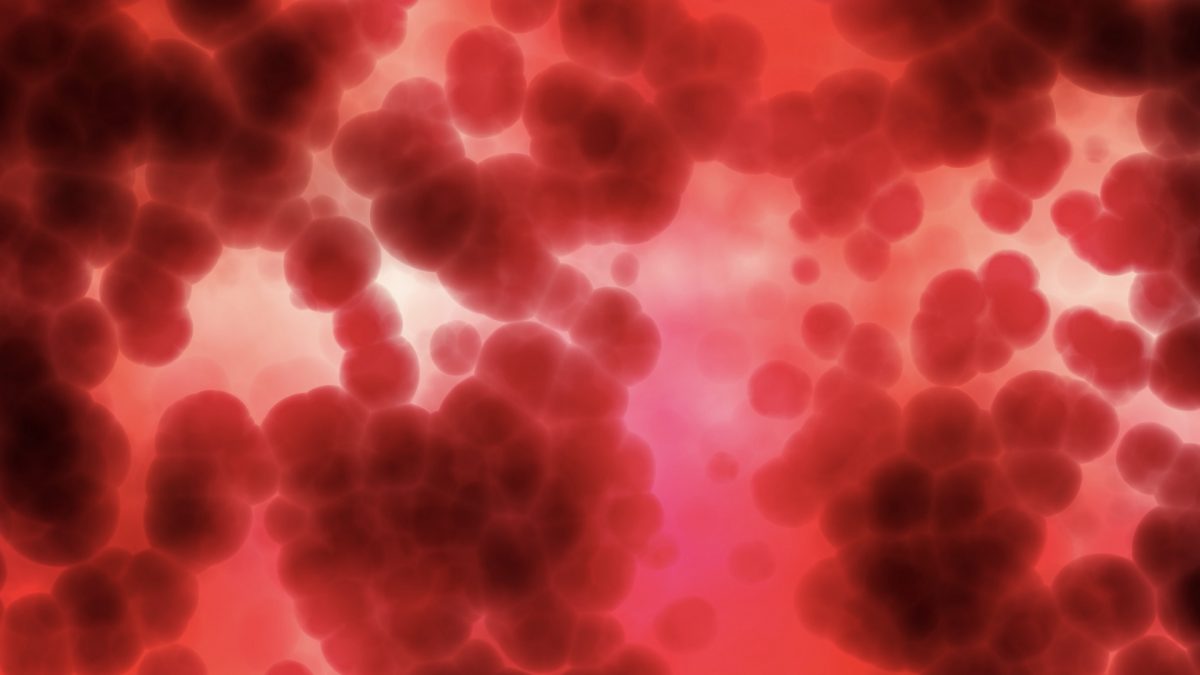 If cancer is indeed a so-called ferrotoxic disease, a consequence, in part, of iron toxicity, that would explain not only the dramatic drop in cancer rates after blood donations, but also why people with higher levels of iron in their blood have an increased risk of dying from cancer, why women who bleed into their ovaries are at high risk for ovarian cancer, and why those suffering from hemochromatosis (an iron overload disease) have up to 200 times the risk of cancer. There has even been a call to go back and look at some of the chemotherapy trials that kept taking blood from the chemo group to check for side effects. Perhaps just the iron removal from the blood draws accounted for some of the apparent chemo benefits.

Iron may be a double-edged sword, as I explore in my video Donating Blood to Prevent Cancer?. Iron deficiency causes anemia, whereas excessive iron may increase cancer risk, presumably by acting as a pro-oxidant and generating free radicals. Iron-deficiency anemia is a serious problem in the developing world. “In meat-eating countries, however, iron excess may be more of a problem than iron deficiency…Body iron stores accumulate insidiously with ageing due to the fact that intake exceeds loss,” and our body has no good way of getting rid of excess iron.

Ferritin is a blood test measure of our backup iron stores. As you can see at 1:31 in my video, the normal range is about 12 to 200 ng/mL—but just because it’s normal doesn’t mean it’s ideal. In the blood donor study discussed earlier, those who developed cancer had ferritin levels around 127.1 ng/mL. The average for men may be over a hundred.

This suggests that so-called normal, “ambient levels of iron stores may be noxious and constitute a ‘public’ problem that affects large segments of the population.” As such, “[t]here may be a need to redefine the normal range…based on associated disease risk” rather than following a bell curve. “Thus, iron deficiency may exist when ferritin levels decline to less than about 12 ng/mL, whereas ferrotoxic disease may occur with levels greater than about 50 ng/mL.”

Harvard recently looked at blood donations and colorectal cancer, and found no connection, but the range of ferritin levels the researchers looking at was roughly 100 to less than 200 ng/mL, as you can see at 2:28 in my video. What’s more, those were from individuals who reported giving blood 30 or more times. So, perhaps instead of draining our blood to reduce excess iron stores, why not prevent the iron overload in the first place? If we measure the iron stores of men who stay away from heme iron and, instead, get all of their iron from plants, their iron levels are right around where the cancer-free donor group came in, as you can see at 2:54 in my video. This may help explain why those eating plant-based diets tend to have less cancer and other diseases associated with iron overload. Indeed, they may also have less pre-diabetes, as well as have less diabetes.

For more on the blood donor study I discussed, see Donating Blood to Prevent Heart Disease?.

For more on diet and iron levels, see The Safety of Heme vs. Non-Heme Iron and Risk Associated with Iron Supplements.

Interested in other examples of normal lab values not being necessarily ideal? Check out:

Even though a plant-based diet may be preferable for personal disease risk, that doesn’t mean we shouldn’t all give blood. Join me in supporting the Red Cross.