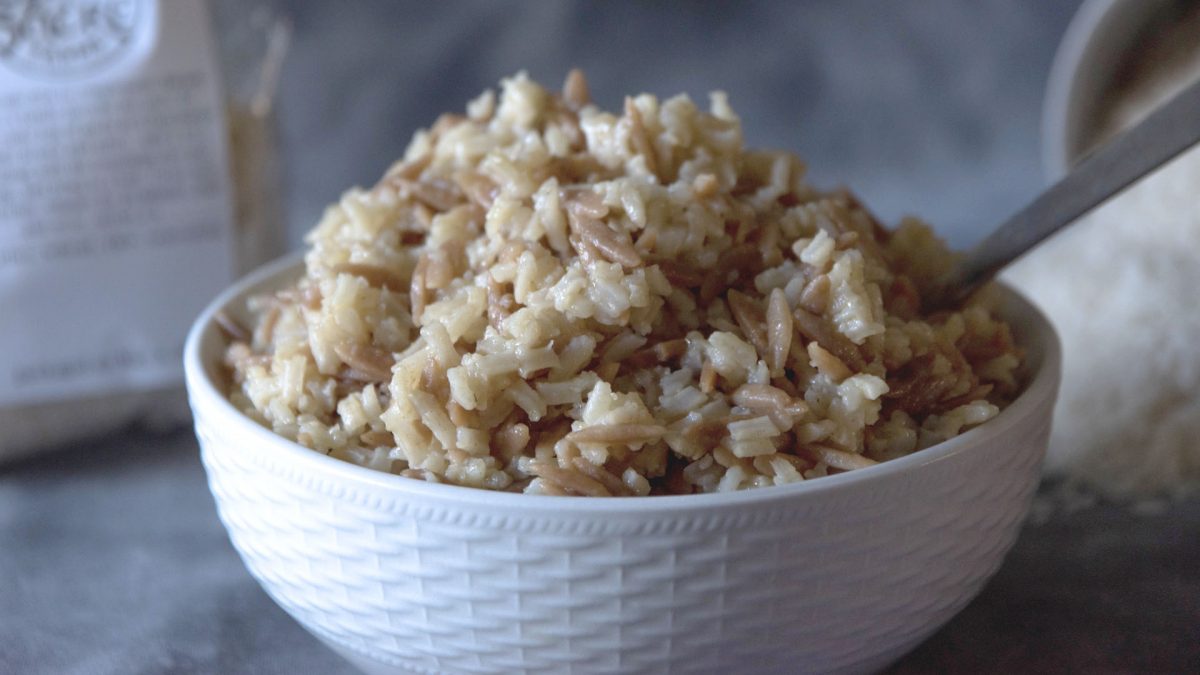 Brown rice contains more arsenic than white rice, but the arsenic in brown rice is less absorbable, so how does it wash out when you compare the urine arsenic levels of white-rice eaters to brown-rice eaters?

Arsenic in rice is a cause for concern, according to a consensus statement by the European and North American societies for pediatric nutrition. At the very least, “in areas of the world where rice consumption is high in all ages, authorities should be prompted to declare which of the rice [types] have the lowest arsenic content and are, therefore, the least harmful for use during infancy and childhood.” I look into the arsenic content of different rices in my video Which Rice Has Less Arsenic: Black, Brown, Red, White, or Wild?.

Extensive recent testing by the FDA found that long grain white rice, which is what most people eat, appears to have more arsenic than medium or short grain rice, but this may be because most of the shorter grains are produced in California, which has significantly less contaminated rice paddies than those in the South, such as in Texas or Arkansas, where most of the long grain rice is grown. So, it’s less long grain versus short grain than white rice versus brown rice, as the mean concentration of inorganic arsenic in parts per billion of long grain white rice is 102.0 and 156.5 in short, medium, and long grain brown rice, as you can see at 0:54 in my video.

What about some of the naturally pigmented varieties like red rice or black rice, which may be even healthier than brown? As you can see at 1:08 in my video, they may contain even less arsenic than white rice. One sample of black rice from China that was purchased in Kuwait had higher levels for total arsenic, so the toxic inorganic portion may only be half that, putting it on par with U.S. brown rice. The study’s red rice sample from Sri Lanka was even more extraordinary, with less than a fifth of the arsenic of the Chinese black rice. But, the Sri Lankan red rice sample had a ridiculous high amount of cadmium, evidently attributed to the cadmium content of widely used Sri Lankan fertilizers.

Colored rice samples purchased mostly in the United States were better than brown or white, and a dozen samples of red rice purchased in Europe were as bad, or even worse, as brown rice. I was hoping that wild rice would have little or no arsenic because it’s a totally different plant, but an average of eight samples showed it to be nearly comparable to white, though the wild rice samples contained only half as much toxic arsenic as brown rice.

As you can see at 2:06 in my video, the arsenic found in a daily serving of white rice carries 136 times the acceptable cancer risk, but brown rice is even riskier at 162. Brown rice averages two-thirds more toxic arsenic than white rice. But, is that just because brown rice tends to be a different strain or grown in different places? No. If you take the exact same batch of brown rice and measure the arsenic levels before and after polishing it to white, you do get a significant drop in arsenic content.

It’s not what you eat, though. It’s what you absorb. The arsenic in brown rice appears to be less bioavailable than the arsenic in white rice. The texture of brown rice may cut down on the release of arsenic from the grain, or perhaps the bran in brown rice helps bind it up. Regardless, taking bioavailability into account, the difference in arsenic levels in white versus brown rice may be a third more, rather than 70 percent more, as you can see at 2:57 in my video. This estimate, however, was based on an in vitro gastrointestinal fluid system in which researchers strung together beakers and tubes to mimic our gut, with one flask containing stomach acid and another intestinal juices. What happened when it was tested in humans? Yes, “evidence suggests that brown rice may contain more arsenic than white rice,” but the researchers aimed to determine how much is actually absorbed by measuring the urine levels of arsenic in white-rice eaters compared with brown-rice eaters. For the arsenic to get from the rice into your bladder, it has to be absorbed through your gut into your bloodstream.

As you can see at 3:45 in my video, the urine of thousands of American test subjects who don’t eat rice at all still contains about 8 micrograms of toxic, carcinogenic arsenic a day. It’s in the air, it’s in the water, and there’s a little bit in nearly all foods. But, eat just one food—a cup or more of white rice a day—and your arsenic exposure shoots up by 65 percent to about 13 micrograms a day.

What about those who eat a cup or more of brown rice every day, which technically contains even more arsenic? Their exposure shoots up the same 65 percent. There is no difference between the urine arsenic levels of white-rice eaters compared with brown-rice eaters. However, this was not an interventional study in which they fed people the same amount of rice to see what happened, which would have been ideal. Instead, it was a population study, so maybe the reason the levels are the same is that white-rice eaters eat more rice than do brown-rice eaters. Could that be why they ended up with the same levels? We don’t know, but it should help to put the minds of brown-rice eaters to rest. But would it be better to eat no rice at all? That’s what I’ll explore in my next few blogs.

If you’re just joining in on this topic, check out these lead-up videos:

It seems like each of these videos just raises more questions, but don’t worry because I’ve got answers for you. See: